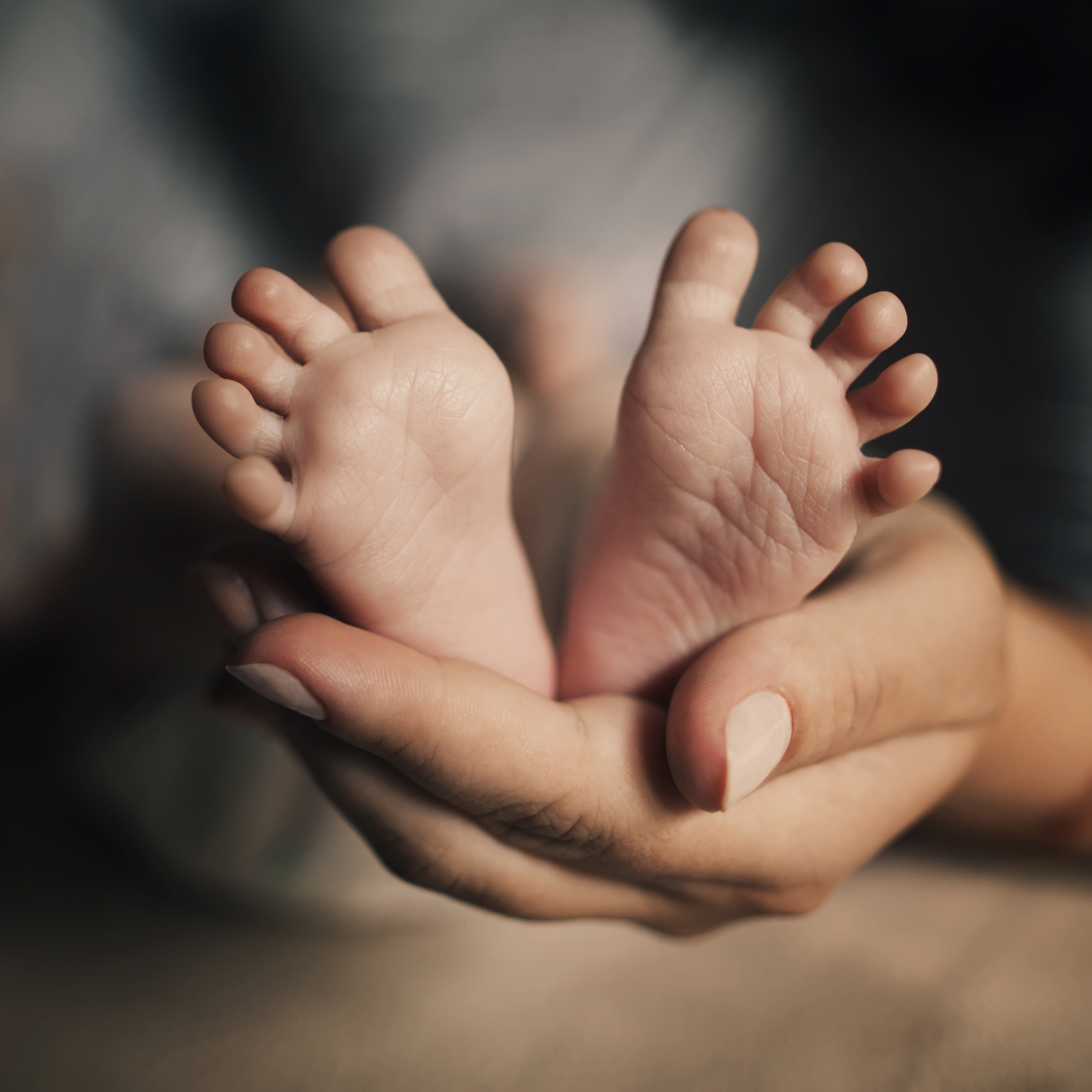 Having a surrogate carry a baby to term often exceeds $100,000 in America, but in Mexico, a couple can figure on paying about $45,000 in total. And although there are other popular international hotspots where surrogacy is similarly inexpensive, traveling to Mexico means no hassles with visas, no long flights and no time differences.
‍

Or so Jonathan Dailey thought.
‍

To his credit, the trial lawyer, based in Washington. D.C., wasn't about to sit back and nurse his anger and frustration. Instead, he launched a personal investigation of his own.
‍

“They came from Australia, from England, from Canada and of course the United States,” said Dailey, who told America Tonight that he was stunned to learn 40 other couples had suffered similar experiences. “All of them wrote to me stating, ‘He stole’ their money. It was, ‘He took our money and stopped communicating with us.’ ”
‍

That he Dailey talked about is Rudy Rupak Acharya, founder of Planet Hospital, which, despite denials of alleged wrongdoing, has since removed surrogacy from the company's list of medical tourism procedures. Planet Hospital is now in voluntary bankruptcy.
‍

Acharya told America Tonight that since 2006, the California-based medical tourism company had helped Americans with surrogacy and other medical practices in India.
‍

When India enacted regulations that restricted gay couples, single parents and those married for less than two years from pursuing surrogacy there, Planet Hospital turned its focus to Mexico, specifically Tabasco, and the only Mexican state that doesn’t regulate against the fertility process.
‍

As long as the baby is born in Tabasco, just a day’s trip from Cancun, all surrogacy contracts are enforceable, and the intended parents regardless of their sexual orientation are recognized as the rightful parents.
‍

“He (Acharya) was a master of diplomacy, of making you feel warm and fuzzy about Planet Hospital,” said Dailey, who will speak about his ill-fated experiences at the 7th World Medical Tourism & Global Healthcare Congress, Sept. 20-24, 2014, in Washington, D.C. His fraud knew no international boundaries.”
‍

The market for children across national borders has become a lucrative business for some. Americans married, single, straight or gay have long made up the bulk of hopeful international parents who have traveled overseas to adopt babies from South Korea, China, Russia, and Guatemala.
‍

Surrogacy is not always a safe haven. Arrangements are a criminal offense in Hong Kong when anyone makes or receives payment, in the city or elsewhere. Offenders face a maximum jail term of two years and a fine of up to HK$100,000.
‍

Other than the United States, only a few countries among them India, Thailand, Ukraine, and Mexico allow paid surrogacy. Not surprisingly, affluent couples from Europe, Asia and Australia can be found in increasing numbers to be traveling to the United States to become parents.
‍

In fact, record numbers of babies registered in Britain to a surrogate parent — 167 last year, a total that has risen by 255 percent in the past six years has mounted concern that government legislation has not kept pace with demand. At another corner of the globe, lawmakers are taking action to curb surrogacy in Bangalore, India, which is fast becoming a breeding ground for the inexpensive fertility technology.
‍

But not all matters involve whom, when and where. Researchers now question what health risks are associated with the practice — for both the unborn and surrogate mother. In a recent study, researchers in France say women who carry babies through in vitro fertilization of donor eggs are three times more likely to suffer potentially fatal complications. The findings, out of the Institut Mutualiste Mountsouris in Paris, have important implications in light of the number of women who rely on egg donors to have children later in life.
‍

The image of a baby resting in the belly of a surrogate woman can be a moving experience, indeed. Take the gay couple, who, upon their return to Lisbon, brought with them quite a surprise an ultrasound picture of a Pennsylvania woman being paid to carry their baby.
‍

Everyone was shocked, and asked everything about how we do this, said Paulo, who spoke on condition to the New York Times that neither his last name nor that of his partner, Joo, would be used since what the couple were doing is a crime in Portugal.
‍

Pop star Elton John purchased a surrogate baby for a song — $31,660. And Sarah Jessica Parker and Jimmy Fallon are celebrities who have openly discussed how they started a family through surrogacy. But, the plight of hiring a woman to carry a child as Paulo and Joo attest can provoke complicated and contentious debate around the world where surrogacy is not a fertility option.
‍

Consider what some countries call the commercialization or inherent exploitation of both child and poor women and surrounding questions that ask what makes up a family and what doesn't; what constitutes legal guardianship and citizenship; and when are the best interests of the newborn conflicted. Then think about cases when three women are involved: the genetic mother, whose egg is used; the mother who carries the baby; and the one who commissioned and will raise the child.
‍

Answers can be just as puzzling. Take the ruling last month by the European Court of Human Rights (ECHR), which ordered France to recognize children born to surrogate mothers abroad even though surrogacy is banned on French territory.
‍

Some countries allow only for altruistic surrogacy, in which the woman carrying the baby receives payment only for her expenses. In the United States, commercial surrogacy is legal in some states and illegal in others. States like New York, Nebraska and Maryland outlaw payment for surrogacy services. On the other hand, in California, surrogacy is legitimate for domestic partnerships.
‍

This year alone, the United States will be fertile ground for more than 2,000 babies delivered to both domestic and international couples through gestational surrogacy, almost three times as many as a decade ago. Including in vitro fertilization, donor eggs, legal fees and compensation for the surrogate, the entire process can cost upward of $100,000, according to Barbara Collura, executive director of RESOLVE: The National Infertility Association.
‍

Advertising foreign or domestic surrogacy services is prohibited in many countries. That doesn't stop many would-be surrogates, egg donors and intended parents from finding each other on the Internet, where they can make arrangements independently, sometimes without a lawyer or a formal contract.
‍

The agencies that match intended parents and surrogates are unregulated, creating a marketplace where vulnerable clients yearning for a baby can be preyed upon by the unscrupulous or incompetent.
‍

Jonah Winn-Lenetsky and Chris Pommier wanted children ever since they started dating in college more than a decade ago. Last year, the New Mexico couple thought they had finally found a solution south of the border through Planet Hospital.
‍

“You could see the Caribbean and the blue waters and it was amazing and it was gorgeous,” Pommier told America Tonight. “We put our wishes out into the universe there.”
‍

Planet Hospital helped Winn-Lenetsky and Pommier select an egg donor, arranged a visit with fertility clinics and promised them a willing Mexican surrogate mother to carry their child all at a fraction of the cost of surrogacy in the United States.
‍

“We were so hoping that that was going to be the time,” said Pommier.
‍

But, it wasn’t. After wiring Planet Hospital thousands of dollars, the company failed to deliver on its promises or return the more than $20,000 they had spent in the process, the couple said.
‍

Planet Hospital is now under federal investigation for allegedly bilking their clients of nearly $1 million in total and leaving Winn-Lenetsky and Pommier without the baby they were looking for.
‍

“As proud as I am of my achievements, I am equally devastated and remorseful over the fact that so many people have lost money due to my business failures, but I did not purposely or willingly do this,” Acharya said in a statement to America Tonight. “There are some people who have had their hand out for a refund that do not deserve a refund, they had services rendered but no baby but I cannot be held accountable for that. GOING THOUGH SURROGACY DOESN'T MEAN YOU ARE GUARANTEED TO GET A BABY.”
‍

Acharya said the company’s financial collapse was the result of escalating costs and a failed attempt to switch fertility clinic partners, after one “played fast and loose” with donors.
‍

But Dailey, who said that in all his years as a trial lawyer he had “never seen that level of fraud,” said a federal investigation into the company and Acharya is well underway.
‍

In the meantime, Winn-Lenetsky and Pommier have learned from their mistakes. The couple is hiring an American surrogate, and a watchful lawyer to guide them through this new frontier.