Women in the Workplace a Struggle for Gender Equality 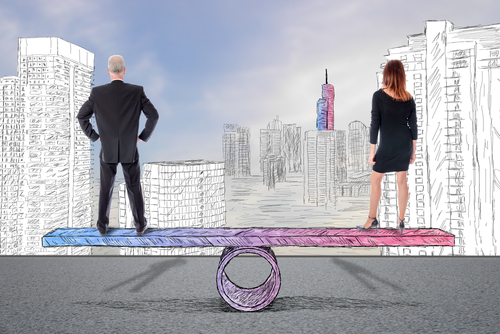 In a relatively short period of time, historically speaking, that is, not long ago women were not entitled to vote, yet this year we are witnessing the first women in U.S. history competing against a male opponent to become president of the United States. While times have drastically changed for women in just a hundred years or so, a recent study clearly defines and outlines the areas that need more attention.
‍

Women in the Workplace

Women in the Workplace 2016, conducted by LeanIn.Org and McKinsey& Company, reveal the gaps and patterns existing today between woman and men in corporate America. Data collected from more than 130 companies, (employing over 4.6 million individuals) was submitted along with a survey on their opinions concerning Human Resource practices within their workplace.Attitudes on the following areas were considered:

Gender equality remains a widely debated topic and, in fact, the study revealed that more than 75 percent of CEOs consider this issue a top priority for corporate America today. Even so, results of the study reveal that many companies have not made enough positive changes and women continue to state that they are less likely to get a promotion or get hired for a senior level position[1].

Key findings from the study include[2]:

Combating Gender Inequality in the Workplace

The Women in the Workplace study suggests that companies need to treat gender diversity in the same way they would any other major company change -- by including training, better communication and focused results[3].

In an article written by Mary Brinton, sociology professor at Harvard University and instructor of Inequality and Society in Contemporary Japan, she states, It is important to incorporate men into the theoretical framework. Let's talk about how workplaces need to adapt to the whole person, both men and women.

Brinton points out that men and women are now on an equal playing field in regard to higher education. In fact, in the United States and number of other countries, women now actually surpass men in educational achievement. The problem comes from balancing a work and family life, often times most of the caregiving responsibilities falls on the women.

With more at-home responsibilities than men, this can put women at a disadvantage, particularly when workplaces expect women to always be available[4]. According to Forbes.com, there is a 21 percent pay gap discrepancy between male and female workers and a third of businesses have no women in senior positions.

The article also details specific steps businesses can take that will help to even-out the playing field, including salary audits, encouraging conversations and in-house champions[5]. Also noted was the suggestion to reward different leadership styles, since men and women lead in different ways.

As with many other corporate programs that employers are starting to implement to improve the lives of their employees, the consensus for change for women in the workplace is on the need to place the main focus on changing the workplace culture.