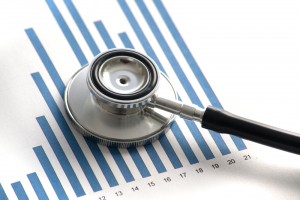 Anyone who has been to the doctor recently in the United States would be foolish to believe that medical costs have not continued to skyrocket. What they may not have known is that healthcare costs in the United States also far surpass most fees for medical procedures, tests, scans and treatments around the globe.

The International Federation of Health Plans released this week its annual report that showed the United States having the highest prices for both medical procedures and drugs per unit among the 12 countries surveyed in 2012.

Most discouraging, perhaps, were disparities in the costs for prescription drugs. Cymbalta, which is widely prescribed for depression, was found to range from $47 in France to $176 on average in the United States.

The greatest cost disparity was reported in surgical procedures where C-sections, for example, remained consistent with prior surveys, posting an average fee of $1,541 in Argentina to $15,041 in the United States.

“With the cost and availability of healthcare being an important topic around the world, it’s essential that we not only examine the disparities that exist, but also why and how certain gaps do exist,” said Tom Sackville, IFHP chief executive.

In addition to the United States, the study examined costs from Argentina, Australia, Canada, Chile, France, Germany, India, New Zealand, South Africa, Spain and Switzerland, gathering data from IFHP member organizations in each country. For a copy of the report, visit www.ifhp.com.

Of course, healthcare quality and availability can significantly vary among nations. Major factors are high costs to retain qualified medical professionals, equipment and facilities. In addition to costs, social, cultural, political and economic conditions continue to challenge nations that are intent on providing quality and affordable care.
‍

So, why do Americans pay more for healthcare compared to other developed countries around the world? The answer may lie in that, except for the United States, almost all industrialized nations provide universal healthcare through either government run, tax-funded systems; private organizations where the government contributes a majority of the capital; or private insurance companies with regulation and subsidies to ensure coverage and non-discrimination based on medical history or existing conditions.

A closer look also reveals the United States often uses expensive diagnostic tests and performs interventions where it is not always clear whether the procedure is necessary or not. On the other hand, the United States does not have as many doctors nor hospital beds relative to its populations to, perhaps, provide the resulting diagnosed care and treatment. To further complicate matters, a disparity in healthcare coverage stands between lower-income and higher-income Americans.

Among most developed nations, the United States stands out for income-based disparities in patient experiences, with below-average-earning American adults lacking primary care access, coordination, and doctor-patient relationships. A lack of health insurance only intensifies the disparities.
‍

Uninsured adults in the United States often forgo needed care. However, even when insured, below-average-income Americans under the age of 65 are more likely to report access problems and delays than insured, above-average-earning adults.
‍

This all may become a mute point according to some insurers and actuaries, who estimate that health insurance premiums for all individual policies will jump by more than 30 percent and small businesses will face double-digit rate hikes for their health plans next year when ObamaCare, the White House's attempt to level the playing field in terms of cost and access, becomes effective in 2014.
‍

The real trouble is that healthcare costs are rising everywhere. No one nation is excluded from this financial quandary; especially in times when global economies are in disarray. The overriding issue should be whether all countries are providing good quality care at lower costs; not, perhaps, which nation spends the most.