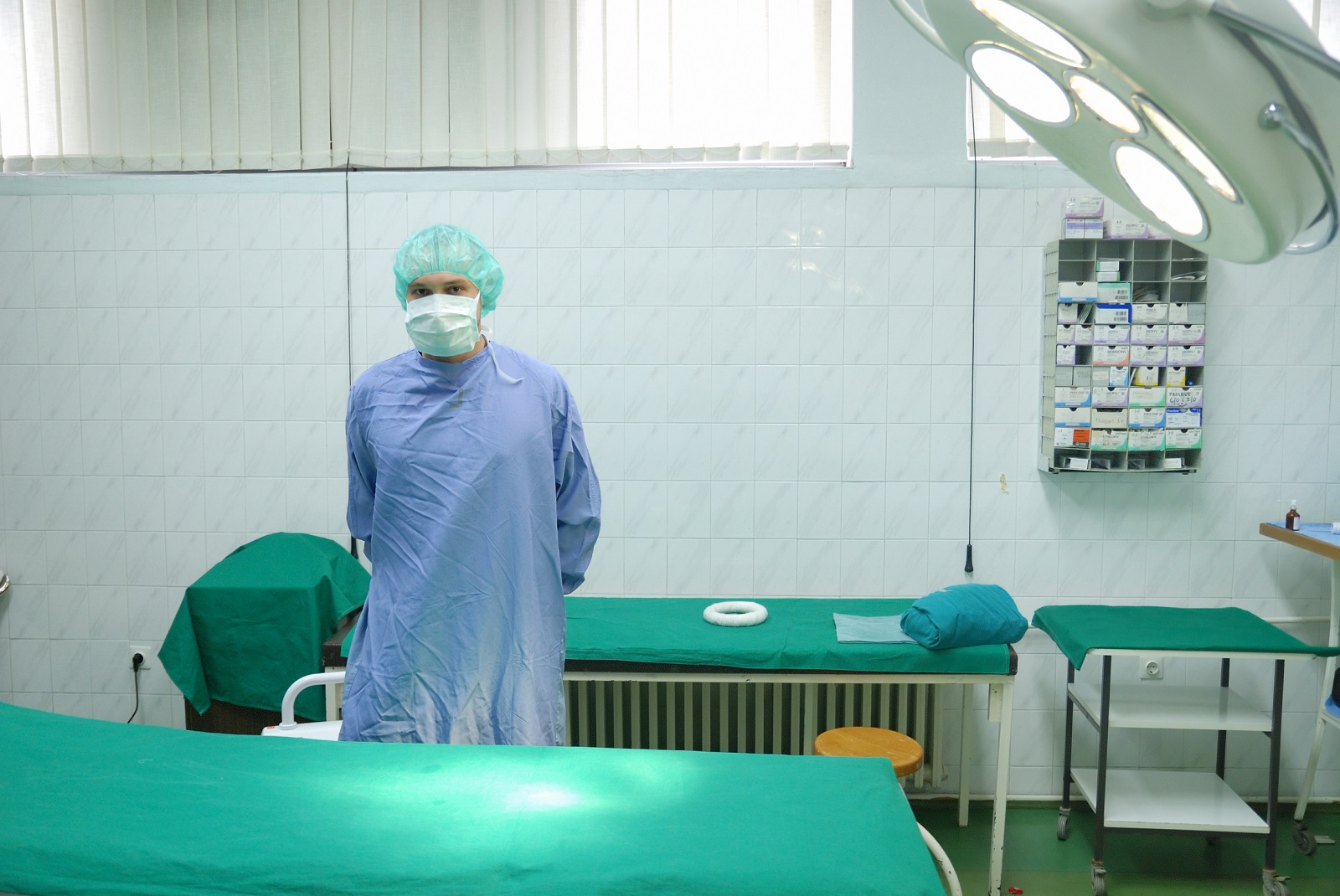 Mara was born like any other healthy baby - full of life, playful, and energetic. But everything would change after her 5-month follow up at the pediatric clinic. “This bend in her right leg looks disturbing,” said her pediatrician; “I’ll refer you to a traumatologist.” A week and several X-rays later, Mara’s parents received a diagnosis that will change their baby’s life: Congenital pseudarthrosis of the tibia (CPT), a rare acquired defect of the tibial bone that carries a poor prognosis.

Congenital Pseudarthrosis of the tibia is a rare limb defect in which a break in the tibial bone fails to heal. The area of fracture forms a “false joint” in which the two broken parts of the tibial shaft meet but never fuse. CPT usually develops in the first two years of life, spontaneously or after a minor injury. However, some cases occur as congenital (present at birth) defects.

CPT is a rare disorder, affecting 1 in 250,000 births. Its cause is generally unknown, but researchers say it has a strong link with certain genetic disorders including neurofibromatosis and fibrous dysplasia.

Patients with CPT have a problem with the periosteum, a tough tissue that envelopes the bones. The inner layer of this tissue contains cells that form bone and cartilages. Experts believe that in patients with CPT, the blood supply to the periosteum is unusually poor, stunting the division and growth of bone-forming cells in the periosteum. Consequently, once a fracture occurs in the bone, it heals badly and produces a weak bone.

This was what Mara and her parents had to deal with at her tender age. It became increasingly difficult to walk, stand, and engage in sporting activities.

A future where Mara would walk or run normally with her legs was bleak as almost all doctors they met hinted that the disorder had no cure; leaving Mara with a childhood potentially filled with severe limitations, recurrent fractures, and lots of surgical procedures - all of which will fail.

What was more horrifying was that Mara may end up getting the limb amputated and fitted with a prosthesis, as many orthopedic surgeons opt for that from the outset, given the high failure rate of surgery.

What followed were sleepless nights filled with distress and gloom until Mara’s dad came across a doctor - Dr. Dror Paley - who claimed to have developed a 100% successful treatment for CPT.

They were skeptical at first as all the doctors and traumatologists they had ever met had a dampened their hopes about the outcome of Mara’s condition.

“I am actually a scientist, so after finding of the Paley Institute we started our own investigation to decide if we could trust them with our precious daughter’s treatment,” Mara’s mum said.

After receiving an overwhelmingly positive report about Dr. Paley from doctors they consulted, they decided to book a flight ticket to the Paley Institute in Florida.

Dr. Paley rekindled their hopes of seeing Mara walk and run like a normal child and opted for the procedure.

Dr. Paley developed the current treatment for congenital pseudarthrosis of the tibia after more than 25 years of managing hundreds of patients with the condition. The treatment, which is called the Paley X-union protocol, involves correcting the malunion and deformity in the pseudarthrosis site, stabilizing the repaired area using an external fixator, and strengthening the shin bones by inserting a rod into their cavities.

Six and 12 weeks after the surgery, Mara had X-rays of her tibia and pelvis obtained to evaluate how well the bones have healed. By the twelfth week after the surgery, the tibia had fully united and the external fixator was removed.

Mara continued on her road to recovery with a long leg-walking cast applied on to her leg with restricted weight-bearing on the leg. After six weeks, the swelling around her leg had resolved and the doctors removed the cast.

Healing of the pseudarthrosis was 100% and Mara continued with a knee-ankle-foot orthotic, which will be reduced to an articulated ankle-foot orthosis (AFO) as she grows older.

It’s been more than a year since Mara had the surgery and the results have been remarkable; Mara now walks perfectly and freely, with only the brace to protect her leg. She experiences no limitations whatsoever with movement as she even engages in certain sporting activities.

This treatment approach is a result of several years of work in optimizing the results of CPT treatment. Dr. Paley has, within the last 28 years, published at least 4 papers on the efficacy of this treatment method.

Dr. Paley’s methods have yielded consistent results and have transformed a once challenging and recalcitrant disorder to one with a 100% cure rate.

Dr. Paley is the founder of the Paley Institute in West Palm Beach, Florida, and is considered the most experienced surgeon in the treatment of congenital, developmental, and acquired limb defects. His treatment approaches to various orthopedic deformities have shifted the emphasis from amputation and the use of prostheses to surgical reconstruction. Many of these treatment procedures were developed by him.

His experience in treating CPT has led to many more shifts in managing the disease; He, in conjunction with Dr. El-Rosassy, designed a classification system to guide traumatologists in determining the prognosis and treatment of the various types of CPT. This has been well documented in medical literature.

Recalling the whole experience, Mara’s mum said “We still have a lifetime of worrying because we are her parents and that is our job, but the expectation is that Mara will continue to walk, run, jump and dance completely normally as she grows up. So, it took a trip to Florida and a few scars, but we are awake and the nightmare is over, and it’s all thanks to Dr. Paley and his amazing team who for sure changed Mara’s life.”