aBuzz about The Competition 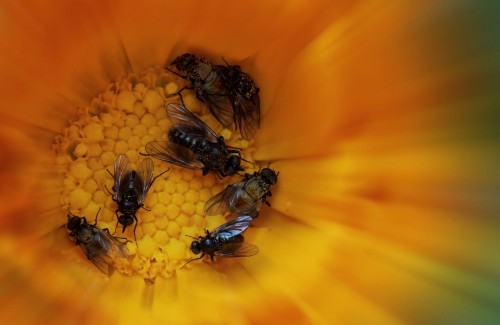 Everything I know about Competition I learned in Kindergarten – when a snot-nosed classmate stole my girlfriend from under my own snotty little nose!
‍

Back then, I was King of the Jungle Gym!  I had a good product, good service – good manners to boot!  From my wee, tiny perspective, I was The Competition – until Bruce Graham moved in and stole my girl.

All I needed to know about Competition I learned that day:  There’s always someone interested in your business.
‍

The same lesson is being learned by US healthcare: In the marketplace, non-US providers have been actively stealing some good business.
‍

The Apple of everyone’s eye – Commercial Customers – is being wooed by competition from around the world.  Steady “relationships” are being tested by promises of a better product, better service and a much better price.  Not only are the relationships being tested, they’re being lost.  Commercial – and non-commercial customers – have been taking their business elsewhere.
‍

Not only is business slipping in the US, reputations are too.  It’s not a good trend – no matter what you’re selling.
‍

All this new, competitive pressure has awakened the competitive instincts in some US providers to first, get serious about protecting existing business. This outside pressure has also caused some providers to completely rethink their business model and aggressively seek new business from beyond a traditional marketing “territory” and existing medical “relationships.”  Providers are now saying: Turnabout is fair play!
‍

“We’re going to be the No. 1 international gateway for healthcare,” Rodriguez announced to the world last month.  Being No. 1 not only means a stronger local economy, but improved healthcare for local residents as providers seek to “upgrade services to compete on a global scale.”
‍

Rodriguez is leading the effort by the Greater Miami Chamber of Commerce, six medical institutions, World Trade Center, American Airlines, etc., etc.,  to make Miami an international destination for wealthy foreigners seeking healthcare.  “These people spend more money; they bring their families…it’s all very good for the community.  Jackson Memorial is going to cooperate on branding, but that’s where it all ends.”
‍

Rodriguez wants to make Miami Number One for One Reason:  as a marketing tool to get new business for HIS hospital.  “It’s good old American capitalism, he said. “We have an incredible advantage:  We’re in Miami; we have a strong brand throughout Latin America.  Doctors know us; people love us.”  Rolando is going to take advantage.
‍

Rodriguez also sees this as a way to add new, domestic business – especially as insurance policies continue to incent people to behave certain ways – and buy certain things. More domestic medical tourists will make Miami a destination of choice once the competitive marketplace fully unfolds for consumers.  “They’re stupid if they’re not coming here,” he said.  “You have to be a devoted consumer to fly to India – or very driven by price.  And as far as going to Wisconsin in middle of winter?  I’d rather cut my veins.”
‍

The competition will have its hands full with Rolando Rodriguez running around the world on the hunt for new business.   Rodriguez’s competitors will have no idea what hit them, or why their system is suddenly losing good customers to Jackson Memorial.
‍

Jeff Gahnz was a Marketing Executive with one of the largest US healthcare systems ~ Aurora of Wisconsin.  He’s not involved anymore, but still interested in seeing the [latex] gloves come off in the international fight for commercial customers.

“Now that consumers have shown a propensity to travel for care, US hospital systems have a great, competitive opportunity,” he said. “I, myself, wouldn’t travel to India or Dubai for care, but to Mayo? In Arizona? In February?!  I’d think about that, especially if my employer offered incentive.  Incentive is key.”

Incentive, Mr. Gahnz?  How about a couple rounds of golf before – and a few cocktails by the pool while recovering from your annual Executive Physical?  In February?  In Arizona?  In a suite at the Biltmore?  (In a Heartbeat!)
‍

Today, Gahnz is Vice President at Nicolet National Bank in Green Bay WI. He said the success of medical tourism is turning US hospital executives into competitive animals.  “You just had to know these guys wouldn’t let their most profitable customers walk.  And these are the same guys who’ve been saying for years that healthcare is local.”
‍

The marketing of this medicine will be fascinating for Gahnz to watch – not only as an ex-healthcare exec, but as an educated, incentivized healthcare consumer:  “How will these guys prove quality and service?  How will they price it?  Will they market as a destination for all services, or pick their best and halo the rest?  Who’s the target?  How will they deliver the messages?  What’s the local response if “their” customers head for Miami?”
‍

With so much at stake and so much competition, will hospitals start going for each other’s throat?  Instead of the traditional loving/caring/touching healthcare messaging, will they compete directly?  Mano a mano?

The polar opposite of Gahnz is Victoria Strobel – a female banker-turned-healthcare executive.  She’s in charge of Business Development at the respected Marshfield Clinic in Wisconsin.  As with other providers, a formal, In Bound Medical program is in the early stages at Marshfield, yet Victoria has already dropped the gloves…
‍

“You have to be very careful,” she said.  “There’s a huge variation in quality in US healthcare.  Wisconsin has been ranked in the top in quality for many years.”
‍

Marshfield Clinic has – again – been recognized by CMS (Center for Medicare and Medicaid Services) for improving quality and decreasing cost.  Already into the third year of a demonstration project with CMS, Marshfield can quantify its quality and cost claims.

“Marshfield Clinic is pleased to demonstrate that we can provide savings for Medicare, while further improving quality of care for patients,” said Theodore A. Praxel, M.D., M.M.M., FACP, Medical Director of Quality Improvement and Care Management. “Health care is rapidly changing, and participation in this project helps us learn ways to more quickly advance the value of the care we deliver.”
‍

Victoria’s challenge is to let others know about this gem out on the Wisconsin Prairie.  Marshfield already sees patients from all over the world, but the challenge is to formalize the In Bound program; broaden its competitive stance; bring in new business. “We have to do a better job marketing,” Victoria said.
‍

Like Miami and its initiatives in Latin America, Marshfield is launching its own into Canada in particular.  Marshfield is FAR from Miami, but close to Canada – where quality care is very appealing.  “Yes, we’re in rural Wisconsin, but we look very good to Canadians who need good care,” she said.
‍

As far as its initiatives to the rest of the world – including other US markets – Marshfield has already built it!  Customers will come (if they get the marketing right).
‍

Also in the Hinterland – on the northern edge of The Fruited Plane – stands the best known, medical tourist destination in the World.  The “Father” of In Bound Medical Tourism was the brothers Mayo.  Since the 1920s, their clinic has been Mecca for medical tourism:  Last year alone, 5000 foreign patients sought care for what?

$25,000 for an average procedure? Maybe the average was $30K?  Maybe $50K? Multiplied by 5000 patients?  Yes, Rolando Rodriguez, this is VERY good business and YES, there’s competition interested in stealing it from Mayo!
‍

“Yeah, Mayo’s got a helluva brand,” Rodriguez said, “but you still have to go up there…and in the middle of Winter?”  Gloves Off/Game On!
‍

Misty Hathaway is the Director of Marketing and Administrator for the Office of International Alliances at Mayo.   She’s charged with the development and implementation of Mayo’s national and international marketing.
‍

“In Bound is nothing new, and we try very hard to provide outstanding value and care to keep Mayo top of mind,” Misty said.
‍

It’s EASY for someone from Mayo to say THAT!  THEY invented it, and developed the market over the last 90 years or so.  They OWN it!  How are you going to compete against The Mayo Boys?  How do you propose stealing business from them?  How are you going to provide a better inbound product than Mayo?
‍

Well…Hell will freeze over before Mayo screws up its In Bound Brand and its considerable Block of Business.  “Consumers are looking for value and the onus is on providers to deliver high value care,” said Misty.  “No Mission/No Money,” she said.
‍

In Bound Tourism will be a bloody, no-holds-barred brawl.  The gloves are already off!  Someone is going to lose their best girl to a Miami, a Marshfield or one of the Mayo boys.  May the best “M” win!
‍

A loser at the competitive game of life early on, Michael Bina has never again rested on his laurels, or his reputation.  He’s constantly PUSHING HIS CLIENTS to stay ahead of quickly-changing markets and ever-increasing competitive pressure!  Call him on his cell:  920.362 5757 or michael@intellectualmarketing.com.