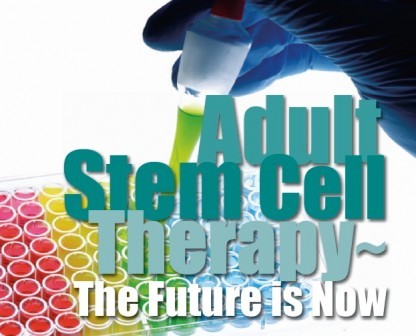 We hear a lot about “stem cell therapy” on the news these days.  Promises of healing diseases that previously were considered to be untreatable; dreams of restoring youth to old faces; and the tantalizing prospect of extending healthy human lifespan.  So what is stem cell therapy?  How far away are we from its realization as a form of medicine?  Perhaps most importantly, where is it available now?
‍

In a nutshell, stem cell therapy is based on the idea that the body possesses specialized cells whose function is to heal damage that has occurred in the body.  Damage occurs at a constant rate in the process of aging.  This is accelerated by stressors on the body such as smoking, exposure to toxic chemicals in the environment and various chronic illnesses.

Damage also occurs during acute events such as a heart attack or stroke.  In stem cell therapy, the idea is to take the “healing cells” and use them in a manner to amplify natural healing processes in the body.  Before we discuss practical applications of stem cell therapy, let us first review some of the history of the stem cells.
‍

Scientists have believed that stem cells exist for more than a century.  The process of the body healing is very variable.  For example, creatures like the salamander can have their whole limbs amputated and they grow back.  A fetal human can have wounds made on its skin which heal without scars. In salamanders and in fetal humans, there exist more potent stem cells than in adult humans.  The issue of identifying which of the 210 cell types in the body are the stem cells was actually discovered accidentally.
‍

In the 1960’s, a team of Canadian researchers found that after mice received high doses of radiation, the blood-producing ability of the animal dropped to almost nothing. This prompted Dr. Till and Dr. McCulloch to try to identify the cell that made blood.  By transplanting various types of cells into radiation exposed mice, the team found that bone marrow cells from non-irradiated mice were capable of restoring blood- making ability.

Eventually this discovery won them the Noble Prize, and led to the development of the procedure of bone marrow transplantation, which has cured tens of thousands of patients.  Bone marrow transplantation was used for victims of leukemia.  Essentially, the recipient stem cells are destroyed by giving high levels of radiation, which kills the leukemic cells as well, and the patient is “saved” by administering stem cells from a healthy donor.
‍

This first type of stem cell therapy, bone marrow transplantation, has been in medical use for more than four decades.  In the practice of this treatment, interesting observations were made.  For example, in female recipients of male bone marrow, solid organs such as the heart and the liver were found to contain cells of male origin.  These findings hinted at the possibility that the bone marrow may be involved in not only making blood, but may also have the ability to become other types of tissues.

Thus, the suggestion was made that in adults the stem cell compartment resides in the bone marrow.  This possibility was investigated in animals induced to undergo diseases similar to human diseases.
‍

Studies using animal models of heart failure, stroke, liver failure and non-healing bone fractures demonstrated that bone marrow could become heart, bone, and many other types of tissues.  These animal studies prompted entry into human trials.  The first use of bone marrow in patients as a stem cell therapy for a non-blood disorder was performed by a Japanese group in 2001.

The scientists injected bone marrow cells into the hearts of patients undergoing bypass surgery into areas of the heart in which poor circulation existed and the bypass surgery was not anticipated to help.  Of five patients injected with stem cells, three demonstrated significant improvement in heart function and increased circulation.
‍

The first demonstration that bone marrow may have stem cells capable of performing other tasks than making blood led to an explosion of interest in “adult stem cell therapy”.  This has prompted the experimental use of bone marrow stem cells in thousands of patients suffering from numerous diseases.

For example, an analysis of 999 heart patients in several independent clinical studies revealed that overall a statistically-significant improvement was obtained.  Use of bone marrow for other conditions has also been reported beneficial, for example in spinal cord injury, liver failure, peripheral artery disease, and non-healing wounds.
‍

How does bone marrow stem cell therapy work? It is believed that the bone marrow contains several types of cell that have healing activity.
‍

One type of cell, the CD34 hematopoietic stem cell, is known to produce various growth factors and is also capable of stimulating formation of new blood vessels.  This is a very important therapeutic consideration since many degenerative conditions benefit from improvement in circulation.

Common examples of this include ischemic heart disease and peripheral artery disease in which circulation could be increased if new blood vessels where formed to compensate for the reduction of blood flow caused by atherosclerosis.
‍

Another type of cell is the mesenchymal stem cell, which originally was discovered as a component of the bone marrow that provides support for the blood making activities of the CD34 cell.  After the discovery of the mesenchymal stem cell, researchers found out that these cells can become many different tissues of the body, as well as blocking destructive autoimmune responses such as those seen in Type I Diabetes, multiple sclerosis, or rheumatoid arthritis.
‍

What are other types of stem cells that are used in patients? Umbilical cord blood contains blood making stem cells similar to those found in bone marrow.  The difference is that because these cells are younger, they are more potent at producing therapeutic growth factors that help the body to heal itself as compared to bone marrow cells.  Another type of stem cell is the fat derived, stromal vascular fraction cell.

Cellmedicine and collaborators were the first to demonstrate that this cell has activity in multiple sclerosis.  These stromal vascular fraction cells contain not only mesenchymal and blood making stem cells, but also a type of immune system cell called the T regulatory cell which has been demonstrated useful in treatment of multiple sclerosis by several independent groups.
‍

While the safety of bone marrow stem cells for numerous conditions is established, the question of therapeutic efficacy can only be answered by clinical trials in which a placebo is used.  Several of these trials are ongoing in the United States and Western Europe.

Some patients with severe conditions such as end-stage heart failure do not feel like they have years to wait and see the results of these trials.  Other patients are afraid to enter these clinical trials because of fear of being placed in the placebo group.  Companies such as Cell Medicine provide an alternative solution.
‍

Dr. Ichim is CEO of Medistem Inc.  He obtained numerous regulatory approvals for companies such as MarrowTech Pharma, and worked as a Program Director for the global CRO bioRASI, under which he led efforts to develop, clinically assess, and approve various stem cell and cellular therapies. Ichim has also founded two companies, ToleroTech Inc. and MedVax Pharma Corp., which are developing proprietary technologies in the areas of RNA interference and cancer vaccines, respectively.

Ichim is a member of Vendevia Partners, a venture development fund through which he has played a pivotal role in new start-up formation, most recently in the establishment and financing of OncoMune, an epigenetic cancer therapy company. Ichim was an invitee to a recent government-sponsored California-Canada trade mission and has been instrumental in establishing Medistem’s extensive collaborative network.

In addition to corporate responsibilities, Ichim is an accomplished scientist with numerous publications, including his participation in the award-winning publication on the discovery of the ERC cells, the basis for Medistem’s core products.