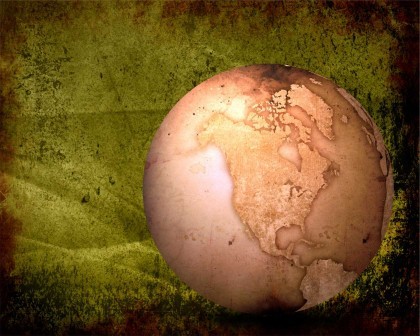 Affordable Surgery in the US?

Coronary by-pass surgery for $16,000? Hip or Knee replacements for $14,000? Sounds great! Where can you get this favourable pricing? Asia? Latin America? Actually, these prices are available right here at home, in the U.S.A.! How is this possible? Read on.
‍

As readers of this journal are aware, more and more countries, in all parts of the globe, are beginning to offer low cost surgical services to medical tourists. And more and more patients from the U.S. are travelling abroad to take advantage of the favorable pricing these facilities offer.
‍

Along with this trend, a number of “medical tourism agents” have appeared on the scene, to expedite not only the surgeries, but also the travel details (generally air travel), the hotel accommodation, the local guides and, sometimes, a post-surgical vacation for the patient.
‍

North American Surgery, Inc. Is a medical tourism agent – but of a decidedly different kind. Their mission is to expedite low cost surgeries for their clients, at fully accredited hospitals and surgical centres, right here in the U.S.A. In this case, “medical tourism” means interstate travel.
‍

Richard Baker, the founder of North American Surgery, Inc., got the inspiration for this organization, some months ago, when he got a call from a woman in Wisconsin who was in need of hip replacement surgery. She called Baker at the office of Timely Medical Alternatives, Inc., a Canadian medical brokerage organization which Baker founded in 2003. That organization was formed to help Canadians waiting in long medical wait lists. Canada’s socialized healthcare system is “free” for all residents of the country – – – but the waits for care are often measured in months or even years – even for urgently needed surgeries.
‍

Overtime, Baker was able to identify sources of high quality, deeply discounted sources of surgery in the U.S. In the last 4 ½ years, thousands of Canadians have gone to the U.S., with the help of Baker’s company, Timely Medical Alternatives, Inc., for cardiac, orthopedic, neuro and general surgeries of all types.
‍

Back to the woman from Wisconsin. She had found the website of the Canadian company, www.timelymedical.ca, and called to see if they could expedite her hip replacement surgery in Canada. She went on to explain that she was at the point of buying her ticket to travel to India, for her surgery, but was curious as to what the procedure would cost in Canada. Baker explained that the same socialized medicine system which denies timely care to Canadians, also denies care to non-residents of Canada altogether. After all, if the government cannot give timely care to Canadians, there would be no point in trying to offer care to Americans.
‍

However, Baker then offered the woman an alternative to her proposed trip to India. “Why not go to one of his network of low cost hospitals in the US?” he suggested. “How much would it cost me?” she replied. To make a long story short, she got her surgery in upstate Michigan, a single time zone away from Wisconsin, as opposed to half way around the world! The cost, $19,000, was higher than the all-in cost of going to India – but only slightly higher. Not enough to justify leaving the security of the U.S.A. So she cancelled her ticket to India.
‍

The experience of triaging this client to Michigan was the genesis of the founding of North American Surgery, Inc.
‍

Since then, hundreds of clients have received high quality/low cost surgeries at hospitals and clinics which are part of North American Surgery’s network of healthcare providers.
‍

Mr. Baker has continued to negotiate even lower prices. The hip replacement surgery which cost his Wisconsin client $19,000 last year, is now available for as low as $14,000.
‍

While acknowledging that many off-shore hospitals are top quality facilities, employing highly trained surgeons, Baker questions whether the small savings they offer over treatment offered at North American Surgery’s network of providers justifies the risk of traveling as much as 12,000 miles for surgery. He cautions that there are other safety issues, beyond the quality of the hospital. Patients contemplating offshore surgery should first ask themselves the following questions:
‍

The bottom line? When the minimal savings associated with off-shore surgery, are combined with the associated risks, Americans may wish to have their surgeries at home, in the U.S.A.
‍

Richard Baker has lived and worked in both Canada and the U.S. and has a unique insight into the benefits and strengths of the medical systems in both countries. He has been interviewed by US News and World Report, N.P.R. Radio, John Stossel’s ABC network program “20/20”, Jerry Agar’s talk show program on WABC radio. He has spoken at the Heritage Foundation in Washington DC and has been mentioned in an editorial in the Wall St. Journal.
‍

In 2007, Baker formed North American Surgery Inc, to triage uninsured/underinsured Americans to sources of deeply discounted surgery, within their own country.
‍

The mission statement of North American Surgery is: “To provide Americans with low cost surgical procedures at prices comparable to off-shore hospitals, without the risks entailed in travelling to foreign countries for surgery”.