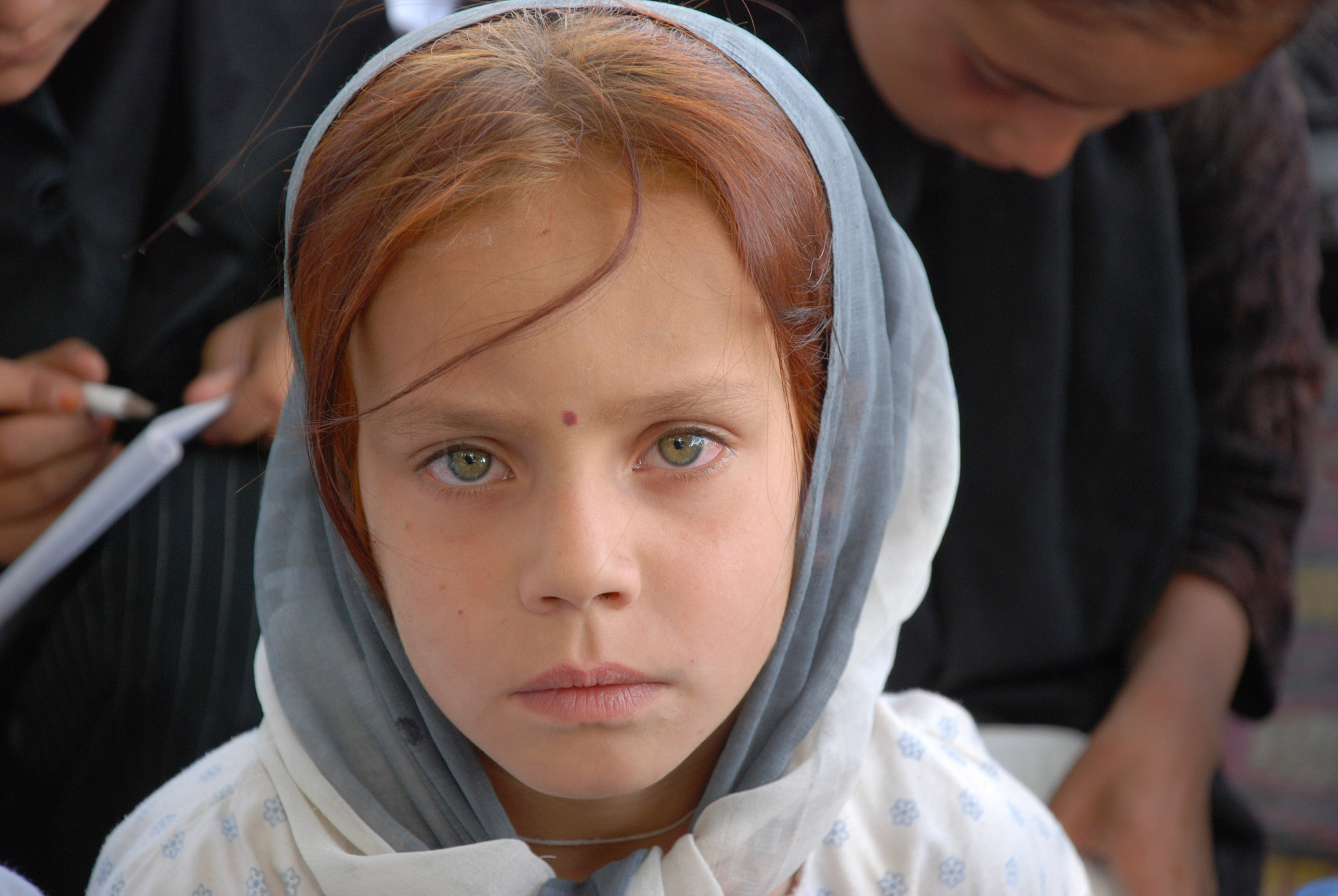 He walks calmly now, yet confidently, passing sights he knows well Afghan pharmacies on one side, Afghan bakeries and grocery stores on the other. He is a medical tourism companion, killing time in uncertain times.
‍

Jamshed is from Afghanistan, on this day, sitting in a Lajpat Nagar restaurant, a neighborhood in the capital of India, waiting near a New Delhi hospital where his brother is being treated for a brain tumor. He is far from home, but not alone.
‍

Afghan medical tourism patients and their traveling family and friends — currently estimated at 230,000 by the PHD Chamber of Commerce and Industry are worth some $3 billion to the Indian economy. Max Hospitals, in Delhi, counted 6,000 Afghan patients last year, alone.
‍

If you have a heart attack and if you are rich you go to London, Ajay Bakshi, Max Hospitals CEO, told Time magazine. If you are middle class, you go to India.
‍

But few Afghans can afford to go even to India, much less they are prepared to mortgage a property, take out a loan or get sponsorship. Some do.
‍

Nabiulla Wajekh, an officer in the Afghanistan army, paid to have his daughter, who was born with a hole in her heart, treated in Delhi. Charity picked up most of the cost, but, even so, the family had to rely heavily on his meager $300 monthly salary for living expenses.
‍

Who wouldn't want to be able to walk into a hospital in his own country to get well? Wajekh asked.
‍

Until Wajekh is able to get an answer, Afghan nationals like him and their families will risk traveling through conflict zones to leave their war-torn country for safer and healthier destinations. Thanks to relaxed visa requirements, a silver lining tailored by the Indian Embassy in Kabul to make traveling easier, some 32,000 Afghans sought treatments in India last year, up from 26,500 or 21 percent — in 2012. But, those are the lucky ones.
‍

Medical visas are free and do not require applicants to provide financial statements or proof of medical insurance, said Renée-Marie Stephano, President of the Medical Tourism Association. But, that's not the primary reason a large number of patients are crossing Afghan borders. Years of war and crisis have damaged the healthcare infrastructure, leaving many to search elsewhere for well-equipped and well-staffed facilities that maintain international standards.
‍

Count among the masses, Bibihahi Zia, a 54-year-old who plans to return to Kabul once her knee surgery is completed in New Delhi. Her son, Sediq, who coordinated the medical tourism trip, said quality of care at hospitals in Afghanistan remains an issue.
‍

On some days, there are as many rockets fired by Taliban militants as there are flights over Kabul. SpiceJet flies about 1,000 Afghan medical tourism patients and their relatives each month from Kabul to New Delhi. Based on average tickets prices, that's worth $2.6 million a year to the only private Indian carrier with direct flights to and from the Afghan capital.

Zia, who, like many Afghans learned to speak Hindu by watching Bollywood films, said he paid $3,700 for his mother's knee replacement surgery at Saket City Hospital. That's still tens of thousands less than what the same procedure would have cost in Singapore or the United States, but more expensive than in more troubled destinations like Iran and Pakistan.
‍

Demand is quite high for Delhi-Kabul flights, said Mehtab Singh, a manager at Welcome Travels in Lajpat Nagar. We book 20-25 tickets to Kabul every day during peak season.
‍

The two-hour trip that links the Indian capital with Afghanistan, where the United States plans to withdraw almost all troops by the end of 2016 — thereby, ending America's longest war — does not come without its share of dangers. Earlier this year, the Taliban damaged three helicopters and a hangar where a SpiceJet was taxied during a rocket attack on a Kabul airport.
‍

Travel risks aside have not deterred Afghan patients, who are drawn to Lajpat Nagar — Little Afghanistan as it has come to be known a living, breathing testament to an acute shortage of medical facilities, medicines and health professionals — particularly among women doctors — back home. Despite millions of dollars poured into the Afghan healthcare sector, aid hasn't been able to cure adverse conditions.
‍

Take the poor staffing and failing power systems at the Salang Hospital, which has been unable to function properly, despite the fact that more than half a million dollars had been spent to repair construction defects, the Special Inspector General for Afghanistan Reconstruction reported.
‍

For many Afghans, that can mean three days of travel to the nearest health center. Not surprisingly, Doctors Without Borders, an international medical humanitarian effort, reported one in five Afghan patients 18.4 percent — claimed a family member or close friend had died within the last year, a result of inadequate access to medical care. The international medical humanitarian organization, also known as M'decins Sans Frontires, blamed high costs in some areas — even though healthcare is supposed to be free in Afghanistan — and because the war posed an obstacle to getting to facilities in others.
‍

Many Afghans continue to struggle to access basic and emergency medical care due to insecurity, distance, cost and the fact that many health facilities do not function adequately, Benoit De Gryse, a country representative in Afghanistan for Doctors Without Borders, told Time magazine.

The night before, a violent battle had pitted Taliban fighters against U.S. military forces in her village a cauldron of violence since the Afghan war began. That was nothing Shah Bibi Tarakhai wasn't used. The next morning, she went outside with her brother to play.
‍

There was what looked like a rock that she picked up and threw on the ground and it exploded, said Ilaha Omar, a Children of War Foundation member who brought Shah Bibi to the United States where Shriners Hospital — a participant at the 7th World Medical Tourism Congress & Global Healthcare Congress, Sept. 20-24, 2014, in Washington, D.C. fitted her with a surgically repaired prosthetic arm for no charge.
‍

Children of War plans to bring Sha Bibi back to Los Angeles next year to fit her with a prosthetic eye and attend to her scars, a bittersweet act in her lifelong drama.
‍

Khalil Ahmad Mohmand, president of Max Global Consulting Services, said outside of India, most Afghans who can afford to travel are limited to destinations in Pakistan and, in some cases, the United Arab Emirates, Iran and Turkey.
‍

Progress, has been made, he told Medical Tourism Magazine. Afghan programs have been launched nationally that focus on improving healthcare for members of the military and for women and children. But, these improvements have not been enough to reduce the throngs of patients seeking care outside of their own borders.
‍

Meanwhile, the World Health Organization claims Afghanistan has the worst rate of maternal mortality in the world, but the Ministry of Public Health says the situation has improved in the last decade, when one woman lost her life in child birth every 30 minutes, compared with those claimed every two hours today.
‍

Now the ministry has a database, and knows who has opened or shut a drug store, said Jan Naeem, who told Rawa News there are now 2,052 hospitals or clinics in Afghanistan, — up from 450 a dozen years ago providing care to about 65 percent of the population.
‍

Although, India has invested nearly $2 million in aid to rebuild Afghanistan — seeking to win economic influence, boost security and gain a link to Central Asia — the deficiencies in healthcare services have not been lost on Indian hospitals, which have been eager to lay out the welcome mat and tap into this new revenue stream.
‍

Many hospitals already have websites in Dari and Pashto, and separate payment and service desks for Afghans. Prayer rooms, Halal food and Afghan cuisine are also available and almost all hospitals provide interpreters free of charge.
‍

There's no huge financial investment in this, said Bakshi. But, it helps in establishing an emotional connection. It makes them feel taken care of.
‍

Afghanistan at the moment cannot cope with healthcare, said Mohammad Naim, who traveled from northern Afghanistan to India with his uncle, who is receiving treatments for stomach cancer.
‍

For Naim, the healthcare crisis hits home. He is a surgeon, at Mazaar-e-Shariff, a government hospital in Afghanistan.
‍