All the President's Medicine: Jimmy Carter, Cancer and Medical Tourism 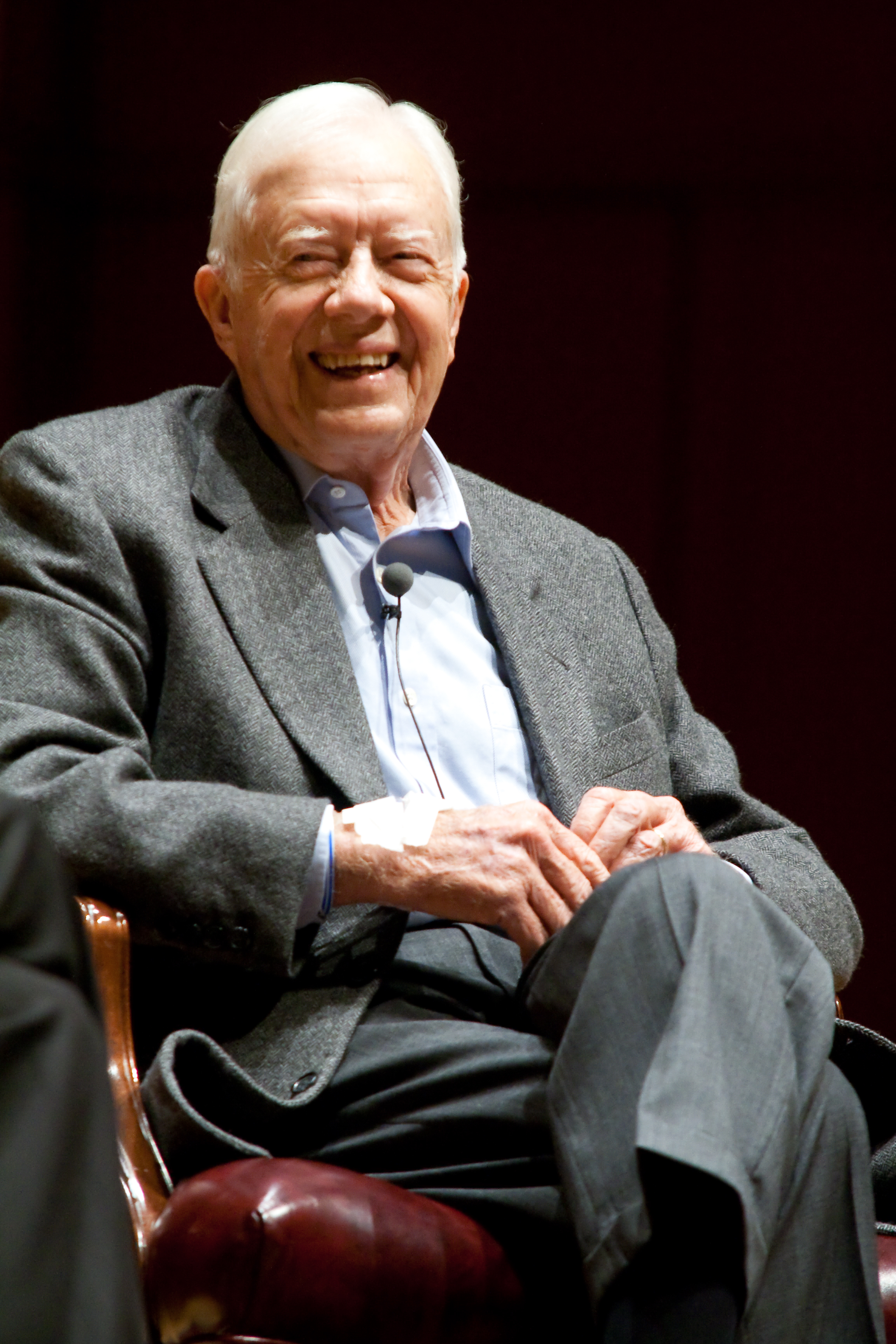 Of all the drugs that have been used to treat the life-threatening tumors that had spread to his brain, immunotherapy is a new class of cancer-fighting medicines that had been nearly left for dead several times, itself has been credited with offering the greatest possibility that former U.S. President Jimmy Carter will likely die with melanoma, not from it.

Claims that the 91-year-old was cancer-free spread quickly from his hometown church in Plains, Ga., where Carter announced his change of fortune, all the way to the medical tourism community, where desperate patients continue to implore doctors around the world to investigate auspicious solutions for Hodgkin's lymphoma and lethal tumors in the head and neck, bladder, and breast.
‍

“My most recent MRI brain scan did not reveal any signs of the original cancer spots or any new ones, Carter said earlier this month from Maranatha Baptist Church, where he frequently teaches Sunday school. So, I have good news.
‍

Prompting both gasps and applause from the congregation, Carter's disclosure must have resonated like a miracle to the scientists who, for decades, have been monitoring the immune system to fight off deadly cancer cells, and to the nearly 10,000 patients in the United States this year alone who will die of melanoma.
‍

Carter, too, thought he might only have a few weeks left when doctors informed him he had stage IV metastatic melanoma and even after he was treated with radiation to his brain and had a large portion of his liver removed.

Doctors then prescribed pembrolizumab sold under the name Keytruda in the United States. While most immunotherapy drugs boost the ability to fend off cancer cells, Keytruda targets the proteins found in tumors that inhibit the body's natural reaction to do the job itself.
‍

Cancer patients couldn't be more thrilled. Often called checkpoint inhibitors because they open doors to the immune system and allow for tumorous cells to be attacked, scientists refer to Keytruda, Opdivo and Yervoy as game-changers when they talk about cancer and traditional treatments that have not worked.
‍

Our immune systems really were designed to fight infections, but what we're trying to do is now learn to redirect that against cancer, said Dr. Patrick Hwu, who studies immunotherapies during clinical trials at MD Anderson in Houston.

Those immune cells circulate in our body can actually what I call give the kiss of death. They can touch the cancer cell and release proteins and poke holes in the cells and explode that cell.
‍

These bursts tear down the tumor's eventual resistance to conventional treatments and, in a sense, outwit the cancer cell's ability to adapt no matter how far it has spread.
‍

Up until now, treatments were merely ways of buying time for patients with advanced cancer and extending survival, but not fixing their cancer in a more long-term way because chemo and targeting therapies eventually fail, said Dr. Mark Faries, a surgeon at the John Wayne Cancer Institute at Providence Saint John's Health Center, a member of the Medical Tourism Association that is advancing approaches for treating cancer to international populations.

These treatments can potentially hit a home run because the immune system can adapt to whatever the tumor does and stay on top of it.

Bristol-Myers Squibb, manufacturer of Opdivo and Yervoy, reported a combination of the two immunotherapies dramatically improved the chances of surviving skin cancer, but those clinical trials performed earlier this year raised concerns about side effects and safety.
‍

Immunotherapy drugs have already revolutionized melanoma treatment, and now we're seeing how they might be even more powerful when combined, said Dr. Eli Gabayan, medical director at the Beverly Hills Cancer Center, which, as a member of the Medical Tourism Association, raises awareness about access to cancer treatments worldwide.

But, the results also warrant caution. The combination used in this study came with greater side effects, which might offset its benefits for some patients.
‍

Doctors say the side effects may be linked to higher dosages that, in some patients, may trigger responses long after the medicine has been administered. But, because these drugs are so new, healthcare providers are anxious to learn more beyond clinical trials.
‍

Among doctors, too, the scope of the breakthrough has yet to be digested, said Jacob Schacter, who directed clinical trials at Sheba Medical Center, in Israel, for U.S.-based pharmaceutical maker Merck before Keytruda was approved by the FDA three years ago.

Almost a decade earlier, the first immunotherapy a cold virus engineered to treat head and neck cancer had been approved for use in China. Today, the list of immunotherapies is far from diverse about a dozen have been approved for cancer. Meanwhile, more tests combining pharmaceuticals and techniques are underway.
‍

Clinical trials sometimes represent a life-saving option for the sickest of the sickest who are not willing to accept an automatic death sentence, said Renée-Marie Stephano, President of the Medical Tourism Association.

Sadly, far too many patients maybe 97 percent — are not even aware of these opportunities. Not only might these studies help to keep more patients alive and improve quality of life, but they are also critical to moving the development and approval process of new drugs forward.
‍

After some 60 years of research, immunotherapies are finally winning their share of battles. Vivian Campbell thinks so. The guitarist with the rock band Def Leppard travels from most any concert hall in the world to a medical tourism site in Los Angeles for injections of the same antibody administered so effectively to former President Jimmy Carter.

So far, pembrolizumab appears to be holding the tumors at bay and, at the same time, keeping his hair on his head.
‍

Doc said they might even be slightly smaller than they were in the last scans, said Campbell, who previously underwent three rounds of chemotherapy and a stem cell transplant following a diagnosis, in 2013, of Hodgkin's lymphoma. Needless to say, I’m most chuffed at this result!