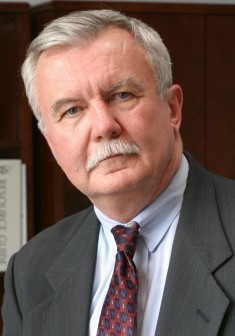 “Surgery Facilities Resources was organized to provide resources to surgery centers to enhance patient safety” said Ronald Iverson, M.D., Chairman of the Board of Surgery Facilities Resources (SFR).  “To that end we developed a set of standards for accreditation of surgery facilities around the world,” he added.  SFR representatives were panelists at the Medical Tourism Association Congress last year, presenting on topics concerned with patient safety in medical tourism.
‍

AAAASF made the decision to form SFR to provide similar accreditation processes in countries outside of the United States.  SFR benefits from the long history of experience of AAAASF.  AAAASF does not accredit facilities outside of the United States that is the sole purview of SFR. SFR has formed a collaborative relationship with the International Society of Aesthetic Plastic Surgeons.  Currently, any applicant who performs cosmetic surgery must be a member of ISAPS as a condition for accreditation.
‍

In the United States AAAASF standards are recognized by all 18 States that have mandated accreditation for office based surgery.  AAAASF is a deeming authority for Federal Medicare.  SFR anticipates working with national organizations in each of the countries where facilities have met our rigorous standards.  SFR hopes to have recognition that our standards meet the national requirements or are used as a model where none exists.
‍

SFR requires one hundred percent compliance with all standards.   SFR has established an Advisory Committee with representation from other countries to assure that we adapt our standards when it is necessary to accommodate specific cultural or regional variations.
‍

SFR has also established a secondary accreditation for surgeons who perform their surgery in a hospital environment, but want to have their practice accredited for follow up care and minor procedures performed under local anesthesia.
‍

A facility can obtain information obtain accreditation and download the application materials at http://surgeryfacility.com/. Facilities are able to submit their application for accreditation.  We verify all documentation regarding licenses and certifications prior to the inspection.

SFR is managed through the staff of AAAASF.  Nine individuals provide staff services to support the clinics in preparing their applications and assisting with the logistics involved in setting up the inspection.  Although SFR materials are currently only available in English, one third of the staff speaks Spanish fluently.
‍

“SFR has no stance on medical tourism,” says SFR Executive Vice President, Jeff Pearcy.   “That may be an unusual statement to make in this climate where patients are beginning to seek the most cost effective care.  Our only stake in the issue is to provide some measure of equitable safety no matter where surgery is performed.”
‍

“Safety in surgery is contingent on many independent factors,” says Pearcy.  “The education, skill, and experience of the surgeon are paramount.  Second is whether the facility itself is safe and staffed by skilled professionals.  This includes the accessibility of equipment and medications in a life threatening emergency.  Third is whether the patient is appropriate to have the procedure performed in the setting chosen.”
‍

Patients traveling for surgery need to gauge this third issue very carefully.  It is important to establish how long it will be necessary to remain in the country where the surgery was performed to be certain that return travel is safe.  The patient also needs to establish where they can go in their home country for follow up care and who will support them if there are complications to the surgical procedure.  SFR only addresses the second issue, the safety of the facility and the staff in attendance.
‍

“This singular focus on patient safety removes SFR from the political debate about the impact of medical tourism on the economies of countries involved,” Pearcy says.  “Our stance is simple.  Patients should receive safe care in any surgical environment.

A consistent set of standards wherever surgery takes place is one of the major building blocks of patient safety.  SFR standards provide that level of strong standards, consistently applied.”
‍

SFR has also shown a willingness to collaborate with government entities interested in using the SFR process to increase patient safety and to promote medical tourism in their country.  “We are not naïve,” Pearcy said, “We realize that if we keep our focus on patient safety, our collaborative partners can then use that arms length relationship to promote their country’s facilities as providing safe surgical alternative in a global economy.”
‍

Thomas Friedman has opined that the “Earth is Flat” meaning that the web of interconnectedness is complex and reaches around the globe.  Medicine is not immune to this concept.  The past concepts of regulation and boundaries are blurred already and will continue to blur over the coming decades.

Patients will not be limited by geographical boundaries, payer constraints, or guild restrictions on where they can receive medical care.  If they have the means, they become a global consumer of medical care.   Their major concerns are value and safety.  The marketplace dictates value.  SFR can provide one portion of safety for consumer confidence in the global medical market.
‍

Renée-Marie Stephano  is  Chief Operating Officer  and  a Founder  of  the Medical Tourism Association,  Inc.,  an  international  non-profit organization that serves international healthcare providers  and medical  travel  facilitators  in  the global  healthcare  industry.   Renée-Marie is  an attorney  licensed  to  practice  law  in  the  states of Florida, Pennsylvania  and New  Jersey  and has  a  background  in  litigation  and  health  law. She  is  also Editor  of  the Medical  Tourism Magazine,  a  journal serving  the  global  healthcare  industry.  It can  be  found  online  at
www.medicaltourismmag.com. Renée-Marie may  be  reached  at
Renee@MedicalTourismAssociation.com