An ounce of Prevention is Worth a Pound of Cure 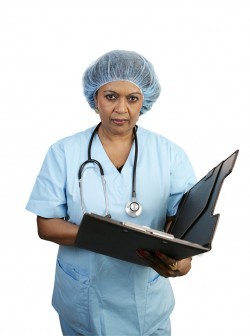 As a patient myself first, I saw the importance of medically appropriate post operative care from day one as absolutely essential to the Medical tourist/recovering patient of ANY surgical procedure. Poor wound evolution, wound infection and necrosis is something that can occur with absolutely ANY open wound on a patient, and with, ANY surgical procedure, including something as “insignificant” as a laparoscopic incision.
‍

I heard a radio advertisement from Athena Blue Cross of California mentioning the shortage of nurses in our state. It was a report on how they had invested money in local Community Colleges in an effort to supplement and improve their nursing programs, and the increase in admissions and RNs it generated. They started the ad with the following statistic: Before Florence Nightingale joined the Red Cross, the mortality rate for the soldiers was 60% and after she joined it dropped to 2%, thus showing the value of a nurse.

That being so beautifully illustrated, I will now address medically proper and appropriate post-op wound care, along with the psychological support the recovering patient requires. Although aftercare is essential to ANY recovering patient, we are specifically addressing the “Foreign Patient Experience” as the number of patients traveling abroad for surgical procedures continues to increase.
‍

As  a  patient  myself  in  the  US,  after  my  laparoscopic gastric bypass procedure, I experienced first hand, the need to know how  to properly care  for  the wounds, as small as  they were. Although  I  received many written  forms  and  post  op instructions on what I could and could not eat after my surgery, the  surgeon, his nurse, and  the hospital neglected  to provide me with post op wound care instructions. I had a plastic drain with a long tube hanging out of one side of my abdomen.

This tube was  bulky  and  represented  an  opportunity  to  be  pulled out if I got too close to something (including my 18 month old toddler!)  And was also a fitting site for infection.   My small lap incisions were not even stitched closed and were simply covered with white surgical tape. I had no idea if I could bathe and so I was afraid to get them wet. I had a million questions: should I take them off first? How to clean them?

What would I use; alcohol, peroxide, Neosporin, water? I was beside myself, when I did call into the surgeon’s office, the instructions I was given over the phone were to go ahead and shower, and use peroxide to clean before putting surgical tape back on.
‍

It  turns  out  that  the  peroxide  only  served  to  impede  the healing of the incisions and the surgical tape was beginning to irritate my skin with red welts on both sides of the incisions. I was truly at a loss and frustrated for the first ten post operative days.  I  was  actually  feeling  “recovered”  from  the  gastric bypass surgery but the wound care was proving to be trying. On the tenth day, hardly draining anything by then, I called the office and was told to come in and have it pulled. I gladly made the two hour drive to the surgeon’s office in anticipation.
‍

Once  there  the drain was pulled,  the nurse was  able  to  assess my  incisions  (which  hadn’t  closed  yet)  and  finally  informed me of proper wound care.  I was  told  to discontinue peroxide and  she explained why it wasn’t helping, she also told me that I didn’t need the surgical tape anymore. She taught me how to dress the wounds and  how  fast  they  should  now  close with  proper  orientation.

She warned me that the final scarring might be a little more noticeable than they could have been had they been treated and closed properly. She even dressed my incisions for me before leaving, which made me  feel  so much  better  as  I  left  the  office  that  day. My wounds healed promptly after the nurse’s instructions; however, they are a little more visible than I would have liked.
‍

Poor wound  evolution, wound  infection  and  even  necrosis  is something that can occur with absolutely any incision or wound on a patient,  therefore, any  surgical procedure  –  including  something as “insignificant” as a laparoscopic incision can cause more agony and  psychological  trauma  to  the  patient  than  the  actual  surgical procedure itself. Proper orientation of what to expect and appropriate medical attention must be given to the patient, preferably in printed form,  easily  referenced  for  questions,  either  as  pre-op  orientation or  immediately  following  the procedure.

Demonstration of sterile dressing changes should be encouraged to be watched by the patient before being discharged so that it can be continued after returning home to finish healing. Medical tourism, due to its cost-effectiveness and low labor costs in foreign countries, can facilitate just this kind of ideal and superior patient support system.
‍

You may ask why wound care and daily nursing visits/Medical Concierge Accompaniment would  interest  an  insurance  company sending  their  patient  abroad  and  why  they  should  make  this investment in their subscriber and consider this a necessary expense as part of  the package of services as  they negotiate contracts with
Other Medical Tourism facilitators and / or hospitals.  If  it  is  not included  through  the  providing  hospital  or  surgeon,  it  should  be contracted on behalf of the patient, by the entity sending the patient abroad.

On  a  Micro-scale,  the  feeling  that  they  are  truly  benefiting by  accepting  going  abroad  to  an  already  unfamiliar  and  perhaps “less-respected” location by this daily personalized medical care is priceless and  serves  to  reduce  the discrimination  towards medical services abroad compared to our own. Medically, and on the Macro-scale,  the opportunity  for  the nurse  to be  the  eyes of  the  surgeon between  office  visits,  and  the  ability  to  accurately  document  the daily  evolution  (as  a  medical  document)  of  a  patient,  including medications  usage  and  effectiveness,  rates  of  complications, healing  issues,  helps  to  gather many  important  statistics  that  can be  important on many  levels of  information gathering and can be provided to the patient upon returning to the USA for addition to the patient’s medical records for any follow up or continuance of care that may be needed.
‍

As  a  patient  myself,  I  saw  the  importance  of  medically appropriate post op care from day one as absolutely essential to the medical tourist/recovering patient of any surgical procedure.  Poor wound evolution, wound infection and necrosis is something that can occur with absolutely any open wound on a patient. This does not only affect the “patient experience” but, the length of stay required, includes post op therapies or treatments.

In short, it  now  affects  the  savings  the  insurance  company  planned  on  in sending the patient abroad in the first place. Below I will illustrate just  how  and why  it  can  often  be  avoided  or  at  least  its  severity diminished with medically proper patient management.
‍

Obviously,  an  ounce  of  prevention  is worth  a  pound  of  cure, especially when  it comes  to medical  tourism. Since  the  insurance companies and other B to B prospects are looking at saving money by  sending  patients  abroad,  let me  tell  you  that  the  patient  that experienced  this  particular  complication,  suffered  physically  for weeks after surgery – unnecessarily because her own surgeon did not promptly address  the situation at  the first signs of  its progression, and then refused to administer the proper therapy for this particular patient  because  it  was  not  considered  accepted/normal  protocol.

The surgeon also hesitated because of her lack of experience with healing compromised patients such as most post-bariatric patients with intestinal malabsorption procedures and not being familiar enough with how they evolve in the immediate post op period.  This seemingly  simple  hesitation  or  “professional  conservativeness” on  the  part  of  the  surgeon,  caused  the  patient  not  only  pain  and suffering,  but  compromised  and  delayed  her  healing,  became  an extreme financial burden  and  resulted  in  loss of  time.

She had  to stay more than two months longer than originally planned in order to address the healing issue, she had to undergo several treatments per week  for  debridement,  under  anesthesia,  at  the  costly Albert Einstein Hospital, it caused her stress, pain and a total bill of almost US$100,000 –  twice what her  initial budget was  for a  two month stay and a complete body reconstruction. She was not able to finish the initially planned upper body reconstruction, so she still has half of her reconstruction to complete and pay for.

Her experience has totally  compromised  her  results  and  although  she  actually  had  to have another surgery to try and CLOSE the wound, it was not totally successful and she will need scar revision later at more out-of-pocket expense, not to mention healing time out of her busy life.  Again,  this  can  happen ANYWHERE  after ANY  surgery.  In fact,  things  like  this  are  common  and  occur  because  there  is  not medically adequate follow up care, like Home Health Care Nursing (aka: Medical Concierge Support).
‍

If anything, we can show that Medical Tourism while showing a huge “savings” in the actual cost of the procedure and hospital fees, it affords the patient true time to recover and paid aftercare support to facilitate the healing that they would not get when their surgery is performed at their local hospital in town. The same procedure performed in the USA goes like this: The patient is discharged as soon as possible after the surgical procedure (so as to save money) and is sent home to be with their family and recover and be “nursed” back to health by anyone but skilled and educated nurses.
‍

Basically,  in  the Medical Tourism model  (especially  in  Latin America, again I will speak about what I know, only) this structure needs  to  be  implemented,  preferably  by  the  discharging  hospital seeking to secure and show excellence in this market.
‍

According to the long awaited McKinsey Report on Medical Tourism, although price is definitely a driving factor for everyone in looking at Medical Tourism, it is still first and foremost a service industry and people are willing to pay for value and service combined with medical treatment. The overall success of Medical Tourism is that it is a service-based business and the client, the patient, MUST be satisfied.
‍

Christi DeMoreas is the owner of Mednet Brazil.   As a consultant, Christi specializes in assisting medical tourism facilitators with setting up their concierge business as well as assisting international patient departments in setting up systems for aftercare.  She may be reached at: Christi@mednetbrazil.com