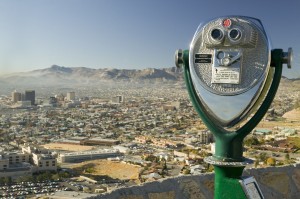 Every man is said to have his price. Juan Payan, a businessman from Mexico, has yet to meet his.
‍

Uninsured and in jeopardized health, the 67-year-old shopping center owner and former importer from San Luis Potosi travelled across the border to Texas, where he paid some $200,000 in cash for a kidney transplant at Houston Methodist Hospital.
‍

People with money come here, Payan told the Houston Chronicle through an interpreter following his surgery earlier this year. I feel safe with the physicians. Here, they perform the surgery every eight days. They don't do it in Mexico that often. I trust Houston.
‍

Payan has so much confidence in the Texas Medical Center that he accrued about $300,000 in expenses including $8,000 a month for a furnished, two-bedroom apartment for himself and his wife to receive the best care that Houston has to offer.
‍

Dr. Robert Robbins, CEO of the Texas Medical Center, wants to dip into those lucrative medical tourism revenues, first by rebuilding transforming the 1,345-acre complex into the world's healthcare destination and that means rebuilding its international patient base.
‍

Texas Medical Center is swimming in a pool of competing nations who are looking to entice somewhat wealthy international patients looking to jump into medical tourism. Countries like Germany, Thailand, Japan, Costa Rica, Brazil, India, South Korea and Mexico among others are providing stiff competition, offering care that compares favorable if not better than what is offered in the United States and at lower costs.
‍

Renée-Marie Stephano, President of the Medical Tourism Association, said hospitals like the Texas Medical Center are seeking out affiliations with foreign healthcare facilities, medical schools and private companies and setting up overseas offices to build name recognition and, in the end, lure patients. But, finding international healthcare consumers even in a world where everyone gets sick can still be a daunting task.
‍

Professional or word-of-mouth referrals alone can't be counted on to sustain an international patient department or private practice that caters to medical tourism, said Stephano. And Facebook, Google and other digital marketing campaigns are overwhelming in time spent sorting through irrelevant and insincere patient contacts. Too often, patients who really want treatments and deserve care can fall through the cracks.
‍

There has to be a better way. Stephano said there is.
‍

Ask a Patient: Making Dollars and Sense Out of the Medical Tourism Experience, will stream questions and answers from real and active healthcare consumers who know best about what they want and deserve from health travel at the 7th World Medical Tourism & Global Healthcare Congress, Sept. 20-24, 2014, at the Gaylord National Resort and Convention Center, in Washington, D.C. The live interactive webcast, Sept, 23, 2014, connects patients from all over the world to the hospital administrators, doctors and clinicians, facilitators, insurance executive and hospitality and travel interests that make medical tourism happen.
‍

Stephano said competition is good for consumers. Healthcare providers are discovering new ideas to improve care from each other, and patients in the United States now recognize they no longer need to look very far for treatments. Medical tourism is booming in Mexico, where U.S. patients are finding inexpensive elective surgeries that, in all likelihood, are not covered under the Affordable Care Act.
‍

In the Mexican state of Baja California a sponsor of the World Medical Tourism & Global Healthcare Congress health travel is up 18 percent from 2010, fueled by some 450,000 patients who annually visit cities like Tijuana and Mexicali for dentistry, optometry, sports medicine and surgeries.
‍

Medical tourism patients traveling from the United States to Baja California will find an exclusive lane for health consumers to cross into Tijuana and Mexicali that speeds up the process to and from, he said.
‍

Stephano said medical tourism patients from the United States a large segment of whom are Latino — are also attracted to Mexico for inexpensive medications and cosmetic surgeries including liposuction, Botox applications and gastric banding as well as spa services at Rancho La Puerta, considered among the world's best health resorts.
‍

At a time when hospitals are concerned about controlling healthcare costs, medical tourism not only expands access to patients across the globe, but can deliver revenue beyond the price of a procedure or treatment, she said. Medical tourism patients don't typically travel alone. That means, in addition to the price of care, local economies stem to gain from money spent on travel and lodging accommodations, dining, and recreation.
‍

Patrick Jankowski, an economist at the Greater Houston Partnership, figures that for every $1 a medical tourism patient spends on healthcare through the Texas Medical Center, at least another $2 will benefit the local economy by generating commerce and jobs.
‍

Almost three months had passed since he left Mexico for kidney transplant surgery at Texas Medical Center, and Juan Payan and his wife were in still in Houston. He is among 3,000 international patients who seek treatments at Houston Methodist annually. Half pay cash; some are insured and the remainder carry embassy or employer-sponsored coverage.
‍