Assisted Suicide: Who Decides -- When, Where and How? 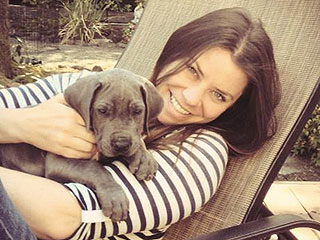 Soon after learning she had aggressive terminal brain cancer, Brittany Maynard uprooted her life and moved to Oregon, one of five states in the United States to legalize assisted suicide. The other day, before her body had become completely incapacitated from seizures and debilitating headaches, the 29-year-old newlywed who taught at orphanages around the world made the most of her decision.
‍

Surrounded by loved ones her new husband, mother, stepfather and physician the woman, whose youth and beauty had become the face of assisted-suicide rights worldwide, picked up a lethal drug prescribed by her doctor in compliance with Oregon's death with dignity law, swallowed and ended her life.
‍

As news of her passing continues to shock, sadden and eventually fade, what legacy if any will Maynard's death leave on a growing number of nations across the globe debating both the moral and philosophical question of any lifetime: Who has the right to die when, where and how?
‍

Suicide, which accounts for 40,000 deaths in the United States each year, is complicated. Consider Maynard, vivacious, attractive and quite distinct from the elderly patient who has to confront issues of terminal illness. On social media sites, she had as many who tried to persuade her to live as she had those who supported her decision to die.
‍

After Oregon legalized assisted suicide in 1997, Washington, Vermont, Montana and New Mexico followed suit. Assisted-suicide does happen in the United States, but the conditions under which a physician can help a patient die are regulated.
‍

European nations where willing customers can travel, see a doctor, and die in the same day — appear to be much more accommodating. Craig Ewert, a 59-year-old American suffering from ALS, thought so. A few years ago, he chose to travel overseas to Switzerland, where assisted suicide has been legal since the 1940s, to die under his own accord.
‍

Going to Switzerland, has taken on added meaning for patients looking to end their lives. But, assisted suicide is not to be confused with euthanasia, which is legal in Belgium, the Netherlands and Luxembourg. In euthanasia, a physician administers the means of death, usually a lethal drug. In assisted suicide, a patient takes a prescribed fatal dose sodium pentobarbital, in many instances.
‍

According to a recent study conducted by the Institute of Legal Medicine at the University of Zurich, 611 foreigners traveled to Switzerland between 2008 and 2012, to take their lives. These so-called suicide tourists arrived from 31 countries around the world; the majority from Germany and the United Kingdom. Some were from the United States. Of the 611 assisted suicides, just more than 58 percent were by women.
‍

Suicide tourism is a far cry from medical tourism, in which patients seek affordable procedures and treatments at attractive destinations where they can relax and recover compared to places where the dying travel to rest in peace.
‍

Renée-Marie Stephano, President of the Medical Tourism Association, said medical tourism patients can certainly cite the benefits of elective procedures overseas like orthopedic and cardiovascular surgeries, but traveling for assisted suicide raises a host of ethical and legal questions.
‍

The number of patients who choose to travel abroad for life-ending procedures has grown dramatically, she said. Of greater concern is that, in some cases, the reasons claimed are not only for terminal illnesses, but for conditions that are traditionally considered manageable.
‍

Neurological disease diagnoses generally not considered terminal — accounted for 47 percent of the assisted suicide performed in Switzerland over the same four-year-period as reported in in the Journal of Medical Ethics. Rheumatoid or connected tissue diseases, such as rheumatoid arthritis and osteoporosis, made up 25 percent of the cases.
‍

Stephano said assisted suicide is in an international state of flux as nations debate the pros and cons of enabling doctors to help terminally ill patients, or those who are in a lot of pain, die. In addition to Switzerland, assisted suicide in which doctors prescribe lethal drugs for the patient to administer is also legal in Germany, and Albania as well as Colombia, Japan and the Canadian province of Quebec.
‍

Increased aging populations prone to neurological conditions including paralysis, Parkinson's disease and multiple sclerosis have given rise to a delicate issue, said Stephano. But, perhaps, we need to address the real issue: the need for medical care that addresses pain, symptoms and stress caused by these conditions and, at the same time, improves a patient's quality of life.
‍

Stephano said examining the drug approval and subsidy systems to speed up access to life-saving treatments would be a good place to start. Right now, there are some 100,000 Americans who can’t wait to get their hands on pirfenidone — a drug marketed in Europe, Japan, Canada and China to slow down the progression of idiopathic pulmonary fibrosis, a terminal lung disease — which the FDA approved in October after four decades of delay and 150,000 patient deaths in the United States.
‍

For some, despite the best intentions of palliative care, the prolonged pain and suffering becomes intolerable. In her final months, Brittany Maynard emptied her bucket list, traveling the world with her husband, family and friends. She remained worried that, due to the unpredictable nature of her seizures, she might wait too long and relinquish her right under Oregon law to administer a lethal medication. Knowing that she had choice and control of her suffering was a comfort of sorts to her.
‍

There is not a cell in my body that is suicidal or that wants to die, she told People magazine last month. I want to live. I wish there was a cure for my disease, but there's not. Being able to choose to go with dignity is less terrifying.