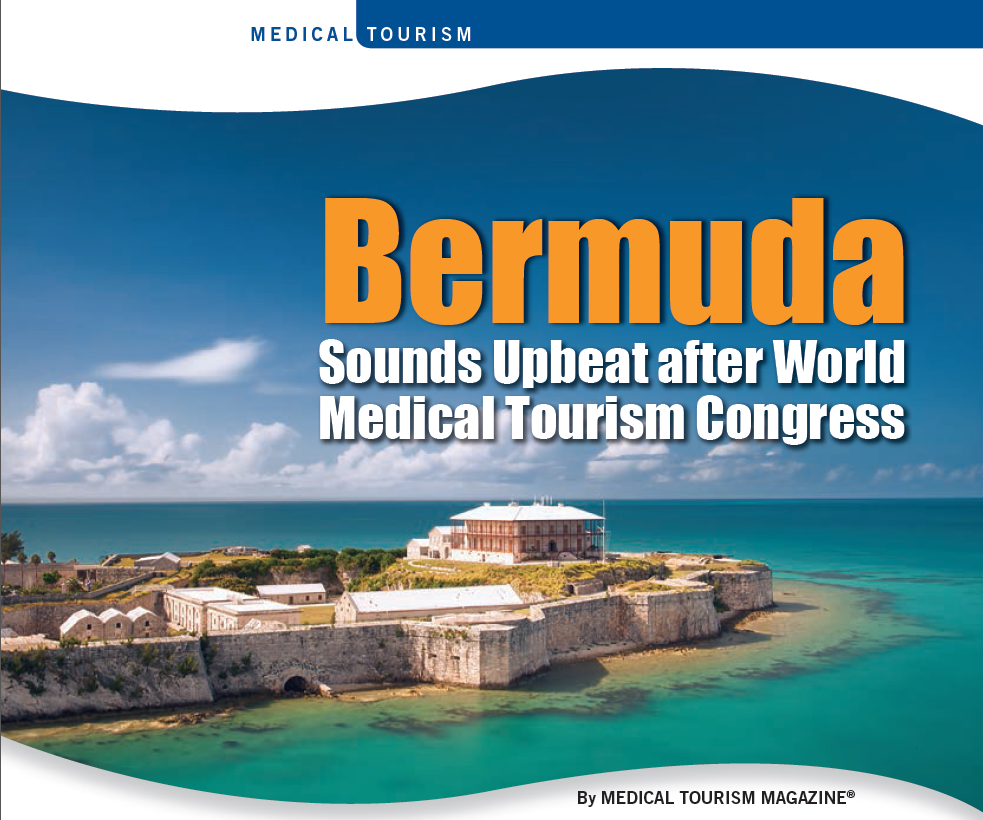 Six months before he died, John Lennon awakened his desire to create music again during an ocean adventure to Bermuda. Now, government officials are hoping the island nation known more for its beautiful pink sand beaches, stunning turquoise water and friendly people can have the same rejuvenating effect that they once had on the late Beatle some three decades later on travelers seeking medical tourism opportunities.

“The average medical tourist spends around $10,000 and often has family members accompany them, who spend approximately $3,000 in hospitality and tourism services. This is clearly an industry that Bermuda could explore and the government is looking into various niche models which can set us apart from the competition.”
‍

Patricia Gordon-Pamplin, the Minister of Health, joined Crockwell at the Global Ministerial Summit, a special forum during the Congress for leaders representing nations across the globe including the nearby Turks & Caicos Islands, Trinidad & Tobago, Jamaica, Barbados and Belize.
‍

“There is currently an exciting proposal on the table, which I am not at liberty at this stage to enlarge upon, but which has great potential for developing this industry here in Bermuda,” said Crockwell to the House of Assembly.

“This Congress was very useful to my understanding of these growing industries and it is my intention to share what I have learned with the Bermuda Tourism Authority, with a view to develop a strategy so that we as a destination can benefit from this lucrative trend going forward.”
‍

There is currently an exciting proposal on the table, which I am not at liberty at this stage to enlarge upon, but which has great potential for developing this industry in Bermuda.

Bermuda has long been a favorite playground for travelers and celebrities like John Lennon, whose trip in June 1980 proved to be a deeply cathartic experience that jump-started his legendary career at a time in his life when he was dealing with issues of self-confidence, said his wife, Yoko Ono.

His experiences, which include interactive features, music, photos and interviews that detail a relatively unexamined slice of the former Beatle’s life, were released this month on a new app, “John Lennon: The Bermuda Tapes,” for sale on Apple devices.
‍

“Bermuda is certainly a destination that is ideal for tourists seeking wellness who wish to combine relaxation, sport, health, good food and contact with the environment,” said Crockwell. “Medical and wellness travel have historically not been areas focused on for Bermuda tourism.”
‍

Crockwell said medical tourism would encourage travelers to Bermuda for treatment of a disease, ailment or condition and include cross-border movement by people seeking cosmetic enhancements. “Bermuda certainly has its own challenges with the cost of healthcare, but there are opportunities to create a niche service which combines medical procedures within a relaxing resort environment,” he said.

“Nine percent of medical tourists spend time relaxing in the destination after their procedure. In Barbados, there are hospital resorts wherein patients receive medical treatment on one part of the facility and then move to the resort-like part for convalescence.”
‍

Gordon-Pamplin, who said she took advantage of the Congress to make contacts with some of the more than 2,300 delegates on behalf of the Lamb Foggo Urgent Care Centre, also presented during a session titled “International Health Improvement Strategy — Foreign Minister’s Perspective on Improving Corporate Health.”
‍

“Some excellent ideas were advanced and many contacts were made, which enabled me to bring back information with which the Bermuda Hospitals Board could work in order to enhance their ability to diversify Bermuda’s healthcare offerings and to offer a different model for the UCC,” said Gordon- Pamplin, who met with Renée-Marie Stephano, President of the Medical Tourism Association®, about possibly holding a smaller-scale conference on the island.
‍