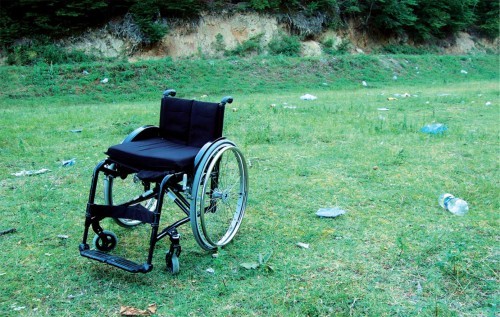 Driven by “The Number One Concern of Adults and Businesses in the U.S.,” an insatiable and immutable ‘Unaffordability Ebola’ is attacking another compliant U.S. host:  The U.S. Healthcare System.
‍

According to experts at Harvard, Johns Hopkins and Mercer, the US System is sick; its prognosis, poor.
‍

WHAT HAPPENS IN VEGAS…

At the first, International Medical Tourism Conference in Las Vegas this year, Milstein was one of the prominent canaries singing an early warning of a virus attacking the seemingly immune U.S. Healthcare System – (formerly known as “The Best System in the World.”)  The Canaries were singing at all venues in ‘Vegas, but it WON’T stay in Vegas.  The Ebola is spreading across a Flat World faster than people will admit…
‍

Dr. Crone knows what’s going on.  He has the credentials one would expect of a guy who’s at the top of the food chain at Harvard Medical.  He’s lectured and implemented health education and delivery system programs in more countries than the average American could name, spell or find on a map!  A Top Dog in global healthcare, Crone has the bedside manner of a Junk Yard Dog:  both the bark and the bite hurt!
‍

“In the Flat Medicine World, US facilities may be seriously disadvantaged; adversely impacted in the global marketplace.  “Oh well,” he said smugly, “we had our Century.”
‍

Crone rattled off the maladies running rampant throughout the system today, then piled on several scary scenarios ahead.  It was a foreboding message for anyone planning to access US Healthcare today, or tomorrow..  (Meaning everyone; every single American; rich, poor, healthy, sick!)
‍

Like other industries, healthcare has globalized and the new, uber competitive marketplace is introducing unimagined (some say impossible) features and benefits to consumers of healthcare:  Cheap; Comparable Outcomes; Outstanding Customer Service…What’s not to like?
‍

Let’s say you’re uninsured and need a new knee?  What if you needed something less invasive like your annual physical?  What if you wanted a face lift; breast reduction; tummy tuck or, sex change?  Since you’re responsible for the full price on these latter procedures, you’re probably going to shop around, (after you’ve self-diagnosed your problem, of course.)

As you’re shopping, you’re probably trying to find other important things to look at and measure.  Unfortunately, there is little accessible, comparable consumer information on cost, quality and care in the U.S.!  As a result,  even the most unsophisticated buyer of healthcare is drawn to the international healthcare bizarre on the internet – and a sale is made half way ‘round the earth, in the dead of night.
‍

Let’s say you’re a self insured employer – responsible for the first $50,000 or so on each employee.  Would you consider recommending Old Joe from Sales consider an awake, beating heart coronary artery bypass grafting at a superspeciality hospital in India – instead of at a local provider?  Would you ask/beg Joe to go halfway around the world for a couple months of cancer treatments for the good of the company?  Would you rewrite your plan document to take advantage of global pricing?  Would you consider Singapore as your Preferred Provider Network?
‍

And what about taxpayers?  Should the U.S. Government send Medicaid patients packing?  What about Medicare?  Should taxpayers shell out $50,000 for grandma’s new hip when she can get one of those innovative, high tech hip resurfacing jobs for about $10,000 bucks or so in India or Thailand?
‍

How about all those new, high deductible health plans being sold by the carriers – where your best interest (maybe your only interest) is finding and buying the most cost-effective care you can afford?
‍

Imagine your Executive Physical at a Mayo vs. Maya?  (Come on, guys, wouldn’t you be more inclined to actually have an annual physical – even with a colonoscopy – if it included a week on the beach with a martini and a massage for less than you’d spend for three days in Rochester, Minnesota?)
‍

Medical Tourism is Hot.  (Some call it: “Medical Value Travel;” others: “Consumer Driven Healthcare at its most driven level.”)  Whatever YOU call it, it’s economics applied to healthcare for the first time in 50 years.
‍

Medical Value Travel has been going on in the world for a long time, but most tourism has been inbound to the Mayos and the Cleveland Clinics of the world.  Since 911, however, inbound Medical Travel has all but dried up; outbound tourism is growing by leaps and bounds.  Instead of Cleveland, it’s Chennai; instead of Mayo, it’s Mumbai.
‍

Nicolet Bank Business Pulse© is a quarterly economic and business study of  CEOs, O&Os and GMs in 10 Northeastern Wisconsin counties.  (Businesses from all sectors and all sizes are represented in the sample.)  In January, Nicolet Bank posed several questions about Medical Tourism:  52% of the CEOs, O&Os and GMs never heard of Medical Tourism; 23% heard of it, but didn’t know much about it; 17% were somewhat familiar; 9% very familiar.
‍

The Nicolet Bank Business Pulse© also asked:  “How interested would you be in traveling to another country for a routine procedure (e.g. your Executive Physical) if you knew the cost would be considerably less – and the care would be equally good?”
‍

“Nearly a third said they’d be interested,” said Dr. David Wegge, president of IntellectualMarketing, LLC – the firm that conducts the studies for Nicolet Bank of Green Bay.  “I don’t know how this compares to national CEO data; I suspect we’re the first to ask.”
‍

Wegge was surprised that a third of the CEOs would be interested, “especially among CEOs who probably have health insurance and fewer financial worries.” 30% were definitely not interested; 23% were probably not interested; 19% said, “It depends on the country.”  (Of the countries listed, Canada was the overall preferred provider; Russia was dead last – definitely an OUT of network provider!)
‍