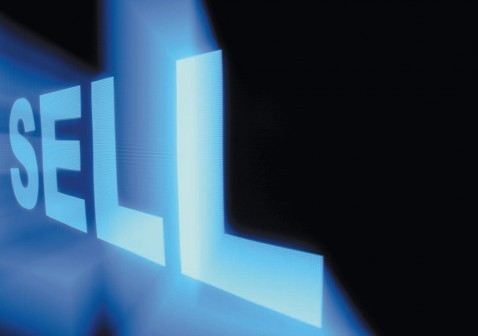 It’s all about Sales, again this year…
‍

A Quarterly Study of some 600 CEOs and Business Owners Up on the Tundra* shows that SALES is/are: CEOs Number One Business Challenge for 2009!
‍

NOW that you know what your primary customers are thinking,  how do YOU approach CEOs on Medical Tourism and Controlling Costs when their heads are buried in Sales, Sales Strategies, Sales Training, Sales Consultants, Sales and Marketing?
‍

‍
The GOOD News: There’s a BIG market for Cost Containment, but how are you going to sell in THIS market?
‍

Even though the healthcare trend is heading south, the reasons behind the drop could be positive for Hospitals, Providers and Medical Tourism proponents.
‍

First of all, the drop in the significance of healthcare costs may mean that CEOs think they have it under control.  “I believe the decline reflects the changes we’ve talked to CEOs about over the last few years,” said Sandy Mathy, president of @butlerandco.com, Inc.  “I expect CEOs to continue the plan we initiated back when Handling Healthcare Cost was their Number One challenge.  In the current market, we may even see them accelerate the plan, or change their plan, or try something more radical.”
‍

Since The World changed in October, Nicolet Bank Business Pulse© wanted to get a reaction from the CEOs.  Just last month, Nicolet Bank asked what CEOs they’ve already changed, what they’re going to change tomorrow and, what they plan to change over the next 12 months.

‍
Just since October: 13% have already Reduced Employee Benefits; 13% are planning to reduce them; 22% have already Increased Employee Contributions to the Health Plan; 26% expect to.  Nicolet Bank just asked last month, and we have a long way to go before 2009 ends.  The percentages and the benefit plans will, undoubtedly, change.
‍

One MAJOR change was put in play by a company up on the Tundra* – a move that might make MedTourism more mainstream on Main Street, USA.  Serigraph. Inc., a specialty printer in Wisconsin, announced a pilot plan with in-network benefits in India.  Talk about a preferred provider!  Talk about a discount!  Talk about accelerating the benefit strategy!
‍

Actually, it’s all not that new.  Wisconsin CEOs have been talking about it for some time.  Sandy Mathy had been drawing up plans on cocktail napkins with her staff and key self-funded clients for two years now – she even hosted a conference on the subject.  One of Sandy’s guests was Director of Human Resources at Plexus, Inc – headquartered in Neenah, Wisconsin:
‍

“I’ve been very interested in the idea of Medical Tourism,” said Sarah Novak, “and have spent time investigating how this might fit in at Plexus.  We will continue to monitor this program and look to offer something similar within the next several years.”
‍

Another Mathy guest at the conference said: “We’ve been talking about it for two years,” said Tom Doney, president of Cypress Benefit Administrators.  “Medical Tourism has raised a lot of eyebrows but no one has come to the fore and said, ‘let’s do this.’”
‍

Until Serigraph.  “Clients have been asking about access to foreign providers as a means of reducing claims,” said Dr. Sam Nussbaum, chief medical officer at WellPoint.
‍

Serigraph has operations in India, so this makes perfect sense for them.  No one has any idea how many Serigraph employees will take advantage of the option.  No one at the Company – or the Carrier – would define a “successful” pilot.  No one would comment on what happens next, either.
‍

No Matter.  A real employee benefit option is finally out there, and that’s a HUGE step in the evolution of the overall product portfolio.  “I would go to India for a Medical Procedure,” said Dr. Michael Jaeger, Managing Medical Director, Anthem Blue Cross and Blue Shield.  “I’ve done my homework.”

‍
Since Serigraph shocked the world, an economic shockwave has also been roiling the globe: jobs and benefits are gone; people are being extremely cautious; demand for non-life threatening surgeries are down, and India is still too ‘freakin far away for employees to travel – especially when they’re sick.
‍

Robert Pearson, CEO of NavGate Technologies in Madison, Wisconsin, is a developer, benefit plan designer and sales consultant whose company works with giants like Assurant Insurance.  Bob is a forward-thinking businessman who not only loves the thought of foreign travel and intrigue, but the cost-containment possibilities for his business!  However, sending his highly-valued employees to India?  Himself?  His Wife?!  Mumbai scared the bejesus out of MedTourism prospects.  Pearson is reviewing his options.
‍

“I’d still probably go,” he said, “but I’d want a private jet, armed transportation to and from the hospital; NO hotel stays and a private jet home immediately after discharge.”
‍

Pearson’s ideas are definitely outside the Current Pricing Model, but they’re food for thought.  How many bells and whistles should the product have to drive business to India versus, say, a Costa Rica?  Should private jets be the norm?  Should armed security be a pricing option?  Should rehab remain In Patient?  No ritzy, Sea Side Spas?  What should this thing look like going forward?
‍

Serigraph is just a Pilot – not a panacea.   Like all products, MedicalTourism will morph and evolve into whatever it is for whoever will pay.  No matter the economic, social or geopolitical situation, if the current model isn’t selling it’ll be: “back to the drawing board” for the plan designers.  If the competition steals a feature or offers a better price, Marketers will continue tweaking benefits; features; ideas…
‍

To be a Success, Sales People and their Marketing cohorts need to be on top of the tone and tenor of the Marketplace.  They need to be in touch with buyers, and prospects, and constantly fine tuning the product(s).  They need to make Sales as Significant a Challenge as every other CEO in the world does!
‍

Nicolet Bank listed the other Challenges CEOs will face in ‘09:  Improving the Quality of their Marketing Efforts, and Product Development ranked, rightfully, right up there with Sales. It’s all about Sales!
‍

*Tundra: Also called, “The Frozen Tundra” by ESPN Broadcaster Chris Berman.  For purposes of the Nicolet Bank studies, the “Tundra” is the part of Wisconsin around greater Green Bay.  Some people call it, The NewNorth; others say, Up North!  EVERYONE says, “We can see Sarah Palin from here…”

Michael Bina fancies himself a Research Expert because his business partner – Dr. David G. Wegge – IS a Research Expert!  Thinking that being around all this knowledge and expertise rubs off, Michael takes liberties with the data his partner painstakingly gathers and analyzes!  Consequently, anything Michael says without Wegge within earshot should be ignored!  “But it’s my interpretation,” Michael coyly insists.  “I have a new title on my business card for ‘09:  Research Expert trapped in a PR Guy’s Body.”  WARNING:  Expertise through osmosis has not been quantified.  Interpret Dave’s Data yourself or, be safe and email Dave:  david@intellectualmarketing.com