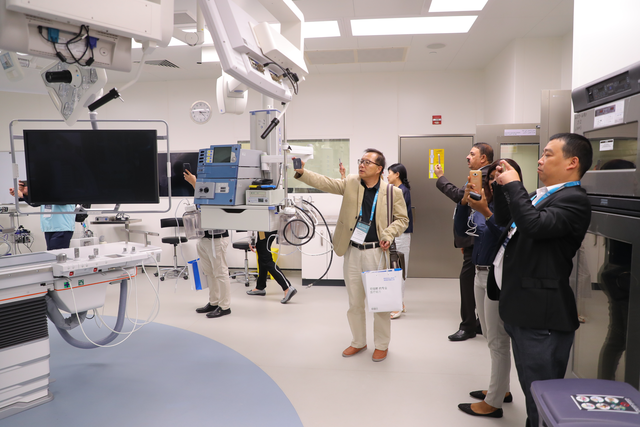 The 12th annual World Medical Tourism and Global Healthcare Congress ended nearly a month ago now, on October 17. World leaders from renowned hospitals, insurance companies, prominent governments, tourism facilitators, and more flooded into Abu Dhabi to discuss the state of Medical Travel, both in the present and in the future.
Since the closing hours of the Congress, MTM and the Medical Tourism Association have made an effort to reach out to attendees to ask for feedback about the event. Because the event also featured a private tour of Abu Dhabi medical centers, attendees were also asked to share their thoughts on the state of Abu Dhabi’s exploding medical landscape.
The results have been staggeringly positive.

“This is such a great event, with high level of speakers, high level of sessions, and a great networking opportunity,” said Dr. Faisal Gilani, a Director of Provider Network with Cigna.
Many respondents were very complimentary of Abu Dhabi’s hospitals, medical professionals, and overall atmosphere.

“I was really impressed with the quality of the hospitals in Abu Dhabi,” said Cai Xinyu, a Strategy Executive with the Beijing Saint Lucia Hospital Management Consulting Company. “Thank you Medical Tourism Association for inviting me in such a great event.”

“Thanks to the invitation from the MTA, we were able to visit world-class healthcare facilities,” said Dr. Hady Hedaya, who works with the Global Operations team at Bupa Arabia.

The Congress featured several keynotes, but one of the best was delivered by Dr. Rakesh Suri, Chief Executive Officer at Cleveland Clinic Abu Dhabi. Dr. Suri was complimentary of the size and exuberance of the massive audience that flew in to Abu Dhabi for this event.

“We were delighted to give the keynote in a packed auditorium,” Dr. Suri said. “[There was] lots of energy, lots of interest in what we are doing. We couldn't be more proud.”

WMTC is quickly becoming the go-to conference for anyone tied to the medical tourism landscape. The event will enter its 13th year in 2020. The first 11 were held in the United States, but was moved after 2018 because MTA Co-Founder Jonathan Edelheit wanted to partner that was both innovative and centrally located. Abu Dhabi was a perfect match.

“Abu Dhabi has set the foundational elements and is now in position to evolve into a world-class healthcare destination,” Edelheit said back in August. “We are proud to be their partner on this initiative and journey.”

For both Abu Dhabi and WMTC, the 2019 event appears to have been a resounding success. We can’t help but look forward to the 2020 event.

“I have been in the Medical Tourism industry for 19 years,” said PulseProtocol CEO Robert Page. “I have never seen anything as amazing as this conference in Abu Dhabi.”