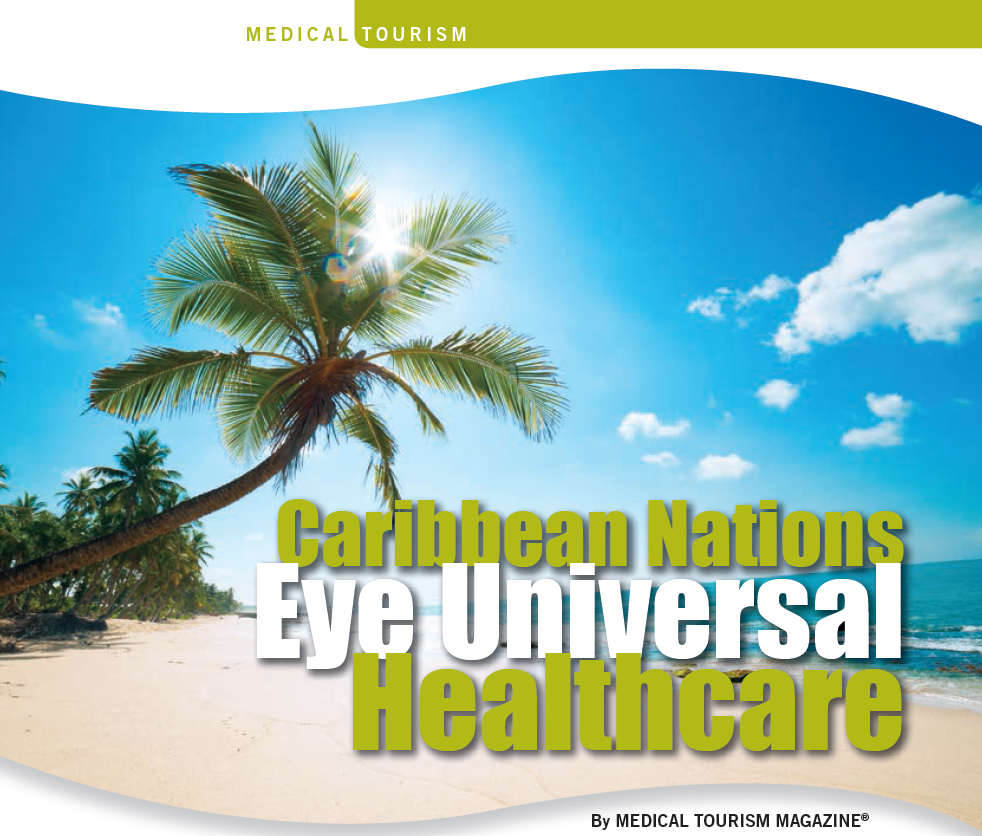 Countries on the path toward universal healthcare in Caribbean nations must consider historical, social and economic content to promote a larger social dialogue, a senior official with the World Health Organization told government policymakers from around the world, at the 6th World Medical Tourism & Global Healthcare Congress, Nov. 3-6, in Las Vegas.

Speaking before the Global Ministerial Summit, James Fitzgerald, acting Director of the Department of Health Systems and Services at the Pan American Health Organization, said every country in Latin America can do something to move toward universal healthcare and help people live longer and prevent families from falling into poverty following illness.
‍

Universal healthcare refers to coverage in which all legal residents of a nation have access is to basic services administered by the government and financed by taxes. Procedures and treatments are available to citizens in the location covered, such as all residents of Jamaica, or all people in the city of Puerto Plato in the Dominican Republic.
‍

“Universal healthcare can ensure all people have access to needed services, such as prevention, promotion, curative, rehabilitation, and palliative care,” said Fitzgerald, who presented “2013 World Health Report: Research on Universal Health Coverage,” before some 70 ministers and related government officials from Caribbean and Latin America.
‍

West European states have cradle-to-grave medical care for all of their citizens — and all residents of those states go to their graves, on average, later than Americans, even if only by a year or two.
‍

Inequality in health is persistent in the Americas. We still have a fundamental problem in the region concerning quality of care.

“Across the globe, it’s challenging to provide access to quality health services that people need without risking financial hardship,” said Renée-Marie Stephano, President of the Medical Tourism Association®. “The arguments for improving access and affordability have never been stronger for an emerging healthcare movement to step forward and allow reforms to take root.”
‍

Fitzgerald said from explicitly defined benefits packages to reforms of public health service provisions, there is not one single model for attaining universal health coverage.
‍

Authorities from North, South and Central America and the Caribbean agreed on a series of joint actions after PAHO deliberations last year in Washington, D.C., to improve national health systems, advance toward universal health coverage, and work with other sectors to improve social, environmental and economic conditions that impact personal health.
‍

In Latin America, approaches vary from country to country, but studies note that ensuring quality coverage reaches poor and excluded populations has been a shared focus.
‍

“However, inequality in health is persistent in the Americas,” said Fitzgerald. “We still have a fundamental problem in the region concerning quality of care.”
‍

Gross Domestic Product per capita has increased significantly from 1980-2012 in the region. But, for each US$ 100 generated in 2010 in the Americas, US$ 5.6 went to 20 percent of the poorest segment of the population.

He said poverty can be distributed among countries in the region, translating into poor health, specifically poor infant mortality rates in Bolivia and Haiti compared to high margins in Chile and Cuba.
‍

Fitzgerald said 34 countries in the region have made commitments to protect the right to health through international human rights treaties and 19 have constitutional provisions that guarantee access to healthcare within the national jurisdiction. Several countries including El Salvador, Peru, Columbia Brazil, Ecuador and Jamaica are scaling up reform efforts to achieve universal healthcare through legislation.
‍

“Information is the key,” said Fitzgerald. “Countries are beginning to translate linkages at the global and national levels toward the right to health.”
‍

Other speakers addressed rising healthcare and insurance costs facing Caribbean nations including Claudia Groome Duke on behalf of Minister of Health Hon. Dr. Faud, for Trinibad and Tobago, and Michael Singh, CEO of the Belize Ministry of Foreign Trade.