By
Suzanne Garber
at 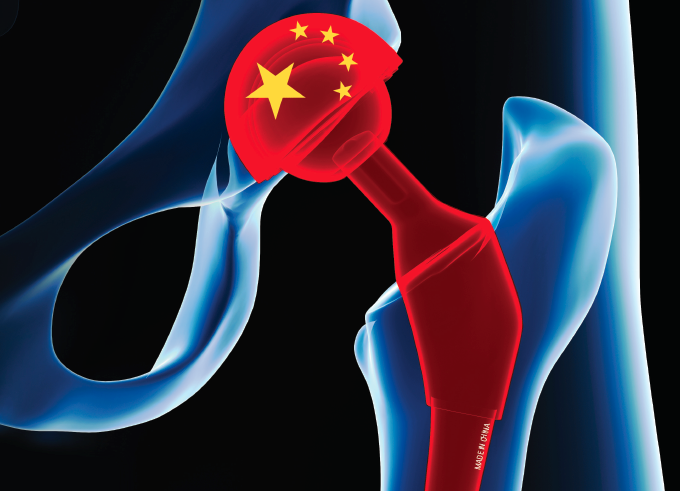 The call on Christmas Eve was not expected.

“We just got the results in from your MRI and it looks like you have advanced osteoarthritis of the hip along with a tumor on your hip. I suggest you make an appointment with an orthopedic surgeon immediately.”
‍

The news put a bit of a damper on our holiday festivities, but, having received worse medical diagnoses, I took the news in stride and starting making a plan. More than a decade ago, this same primary care doctor identified in me a large abdominal mass, which turned out to be malignant.

She successfully guided me through a maze of tests, surgeries and treatments to the point where I am not just in remission, I am totally cured. Thanks to her fast action and sound judgment, I trust her guidance with regard to my health and I am quite proactive in my own care.
‍

As an ovarian cancer survivor, I regularly receive MRI check-ups to ensure that nothing is growing in my abdominal or pelvic area. Prior to Christmas Eve, this particular MRI caught a new growth on my pelvis; my primary care doctor in the United States is rightly cautious with my overall healthcare strategy.
‍

I made an appointment for the next week with a local and noted orthopedist who advised additional testing to determine exactly what it was that I had, how advanced the tumor was and what further actions to take as a result of this new announcement of advanced osteoarthritis of the hip.
‍

As I made appointments with local specialists and underwent radiologic tests, my employer eliminated my position and I would be without insurance effective March 1. I thus began my own personal research and investigation into the costs of what a medical undertaking in the United States would look like for the particular course of action that was being recommended for me to take: full hip replacement.
‍

I did the math and compared monthly costs of purchasing a program under the Affordable Care Act versus signing up for coverage through my husband’s sole proprietorship against taking on the COBRA insurance my former employer was offering. It was not an apples-to-apples match at all.
‍

After paying about $300/month to cover my husband and I, I realized that this was to be a far cry from the $1,300+/ month required under COBRA and the $600/month under a plan with the ACA. Even the plan at $600 carried a $12,000 deductible making the more realistic cost $1,600/month if I were to budget $1,000/ mo for the deductible. With no steady income, I quickly realized how healthcare was going to be a major drain on our finances.
‍

I then scoured through the bills I’d accumulated in the past month to determine what would be the new out- of-pocket costs now that my plan was changing. Being a part of a healthcare company almost dictates that affordable and comprehensive healthcare coverage is a provided; losing that benefit was going to be a bear to handle.
‍

A cursory glance over the pile of claims and invoices that had trickled in during the winter months proved correct:
‍

U.S. healthcare costs without solid insurance coverage were going to be insurmountable.
‍
While my primary care doctor charges a reasonable $150 per office visit, the specialists I had seen charged more than $600 per visit. The MRIs — both with contrast and without — topped $7,000. X-rays and CT scans were more “reasonably” priced at $1,000-$3,000. The claims receipts I received indicated that my insurer benefited from some generous discounts, none of which I would enjoy if I was an independent claimant.
‍

I looked at the bills, thankful that my insurance, at the time, had covered all, but a small co-pay of either $50 or $100 each for doctor visit or diagnostic test. I would no longer have that privilege in my unemployed situation.
‍

Having worked in international healthcare for the last five years, I had begun making some calls to healthcare providers known for the advanced orthopedic care that they provide to medical tourism patients. Tops on my list were facilities in Asia. I made the appointments and ensured I had copies of all my diagnostics — both in paper and disc formats — to show the doctors during my visit.
‍

Not wanting to travel alone, I asked my mother to accompany me. Having never been to Asia, she was delighted. And, having gone through joint replacement in the United States, she was equally curious about medical tourism and healthcare overseas. We boarded our 16-hour flight to Hong Kong in Newark and off we went.
‍

We first met with a noted orthopedist at a prominent, private, Hong Kong hospital. The doctor was actually Australian and very stereotypical: gregarious, warm, funny. He made me feel extremely comfortable and took an hour with me to go through my test results in detail, then turned to recent hip resurfacing advancements made in Hong Kong. He explored options and pointed out the benefits and detractors of each type of surgery as well as non-invasive remedies. The total price for the consultation was $106.
‍

In between my appointments, my mother and I rode to the top of Victoria Peak, traversed the harbor on the Star Ferry and visited the giant Golden Buddha. Our hotel accommodations, recommended by my contacts in Hong Kong, were equally as lush and exciting. The hotel overlooked the famous Hong Kong skyline from the Kowloon side and we were amazed at how well the hospital planned our entire experience.
‍

Satisfied with our experience in Hong Kong, we then traveled to Singapore to meet with other renowned physicians in the orthopedic world. Again, because of my fabulous contacts with Singaporean hospital CEOs, I was fortunate to be guided to the best from the best. I realize my blessings in literally having the medical world as my oyster filled with pearls.
‍

I met with two distinct orthopedists whom each also spent more than an hour with me to detail the treatment for advanced osteoarthritis of the hip. In asking the question how likely a candidate am I to eventually break my hip, the answer from one was honest, succinct, and fact filled, “I don’t know. But, let’s find out.”
‍

The surgeon sent me for a bone density scan on the spot to find out the true likelihood. I was immediately whisked away to the in-hospital radiology center where I waited for only 45 minutes to have my scan conducted. I had never had one before and no U.S. doctor had recommended one to fully appreciate the current and potential future strength of my hip.

From the two consultations I had in Singapore, it was clear that emphasis was on preservation of the original bone and joints while keeping into consideration all mitigating factors that currently and could-in-the-future affect my health.

A good deal of time was also spent on homeopathic and non-traditional forms of healing including diet and exercise modification — swimming and biking were tops — as well as supplements that play a part in arthritic care.
‍

Given the positive results of my bone scan, each doctor suggested I maintain the original joint. This recommendation may have worked against them financially by losing a possible surgery candidate, but in the long run, enhanced their credibility.
‍

I was amazed and thankful at the bill: $29 for the bone scan and $120-$160 for the consultations with each specialist. Proposed costs for hip replacement would also be a fraction of what it would be in the United States — up to half to two-thirds of a savings. Seeing the emphasis on a holistic approach to the individual rather than an easy yet invasive — and expensive — fix for me truly impacted many angles — mentally, emotionally, and financially.
‍

The costs for the medical tourism trip including airfare, lodging, local transportation and meals in addition to the various doctor appointments and diagnostic tests was lower than the price of just one MRI in the United States.

If I were to factor in the cost of an actual surgery, should I had chosen to have gone that route, would still be less than the price of just two diagnostic tests in the United States — this is including five-day hospital stay and three weeks of mandatory physical therapy.
‍

I returned home from medical tourism in Asia invigorated and confident that my next course of action for treatment of advanced osteoarthritis of the hip will be non-invasive and much less costly than what was being proposed to me in the United States.

While I will continue my strategy of annual medical reviews to maintain my cancer prevention, I will also make the requested — nay, required — changes to continue to live a full an active life. Having various options presented from a variety of global perspectives including quality and cost was essential to making an informed decision about my health. How fortunate for each of us to have this same privilege.
‍

A global healthcare, travel, and logistics executive and board member driven to obtain results through scouting new sales opportunities, developing networks, and reducing risks, Suzanne Garber has successfully led multinational teams through steady and impressive growth via both acquisitions and organic means.

Her ability to cross borders and boundaries diplomatically have paved the way to design healthcare and security networks for the Confederation Cup and World Cup as well as bespeak physical and social networks that connect resources with explicit needs leading to dramatic reductions in overall healthcare costs and employee litigation.
‍

During her tenure as chief networking officer and chief operating officer at International SOS, she designed, created, and organized hundreds of thousands of resources to enhance corporate and individual health and developed medical and security networks in Brazil, United Kingdom, United Arab Emirates, France, Australia, China, Japan and Thailand as well as executed a global cost-containment strategy leading to tens of millions of dollars in healthcare savings worldwide.

She also delivered outstanding profits after tax by increasing productivity, expanding cash, reducing debt, and enhancing overall revenues for the Western Hemisphere. Garber spent 14 years with FedEx in the United States, Mexico and Brazil, culminating in the role of managing director, South America.