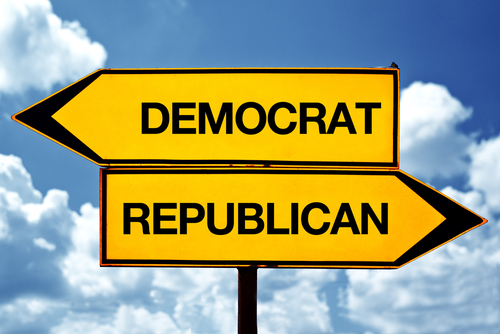 As Florida is struggling to contain the spread of Zika, a mosquito-borne virus that can cause debilitating, even fatal, side effects, members of Congress are busy bickering, pointing fingers, and sabotaging a Zika bill that would provide federal funding to help fight the savage disease.
‍

On Tuesday, Democratic members of the Senate voted against a Zika bill that would have provided $1.1 billion in federal funding to help stop the spread of the virus. Democrats cited the reason for blocking the bill was because Republican members sabotaged the legislation with a politically-charged agenda.
‍

According to Democrats, Republicans added several stipulations to the Zika bill, including pulling $540 million from the Affordable Care Act, using funds from a bill that would ban flying the Confederate flag in federal cemeteries, and preventing Planned Parenthood and similar clinics from providing contraceptives to help prevent the spread of Zika, which can be transmitted sexually. Another Republican stipulation that met with Democratic disapproval was the disallowance of reallocating $107 million in federal funding that was previously appropriated to fight Ebola.
‍

Florida’s Democratic Senator, Bill Nelson, said Republicans had ruined any chances of the Zika bill being passed by adding so many stipulations to which they knew Democrats would never agree. “They’re just not living in the real world, and they’re just not facing the fact that this is an emergency,” Mr. Nelson said.
‍

While Republicans accuse Democrats of looking for excuses to block the bill, they did not dispute that some of the stipulations they added favored Republican policies and points of view.
‍

For two key reasons, members of the Centers for Disease Control and Prevention (CDC) and many other public health officials were disappointed after hearing of Tuesday’s stalemate on Capitol Hill: The Congressional divide showcases a potential weakness in the government’s ability to effectively handle a national health crisis, and the lack of resolve means much-needed money may not be available to fight the spread of disease throughout the U.S.

According to research published in eLife journal earlier this year, a large portion of the U.S., from Texas through the Gulf Coast and down into Florida, has the right conditions for the Zika virus to proliferate and spread rapidly.
‍

In response to the blocked Zika bill, Dr. Anthony S. Fauci, director of the National Institute of Allergy and Infectious Diseases, said, “If we don’t get new money, we won’t be able to do things at a pace that is necessary and appropriate to the urgency of this threat.”
‍

However, the blocking of the Zika bill means no new government funds will be allocated to fight the spread of the virus any time soon, regardless of which side is more to blame. Whether Congress will agree on the bill’s passage in the near future is uncertain at this time.