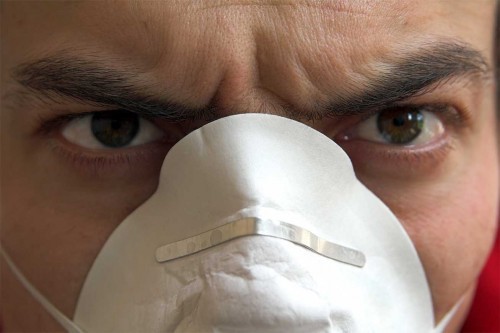 And it’s not just the economy, stupid…

Mayo Clinic Health Policy Center1 said patients experience significant problems which present a compelling case for healthcare reform. Availability of care is poor and quality, lacking. Patients trust providers to deliver the highest quality of care, yet care in many locations is mediocre at best; at its worst, it endangers patients. Add to that an aging population – with startling projections about Medicare’s growth – will have a negative impact on individuals, organizations and the nation.

Nation’s Secretary of HHS Michael Leavitt, addressed business leaders in Milwaukee in April. “There is a growing imperative for action that has triggered the forces required to reshape healthcare, but many believe there isn’t enough political will.” Leavitt continued, “Lack of political will isn’t the problem; there is an over-abundance! Once meaningful change is proposed in a legislative setting, everyone unholsters their will and points at each other; a perpetual standoff among all economic interests.”

And so it goes…healthcare threatens the health and economic well being of its customers – and everyone stands around pointing fingers. As Rome burns and The Economic Interests fiddle, a new system is emerging. (Emerging my eye! Global Healthcare is eating our lunch – and eyeing more as word of mouth spreads.)
At a Medical Tourism Conference in April 2007, experts addressed a trend that’s putting significant pressure on the cost, quality and the outcomes of care in the US: 500,000 US citizens bought healthcare outside their network last year.

In May, University of Miami announced an expansion of its medical school – creating an institute to set up clinics and hospitals in Latin America. “We want to be a global leader,” said Dean Pascal Goldschmidt.

Harvard, Mayo, Johns Hopkins and Cleveland Clinic are also leveraging assets and building in Abu Dhabi, Dubai and Bum-something Egypt, but what about Marshfield? Aurora? Does Greater Health Cooperative survive when aggressive global competitors have a huge price advantage?

And it’s not just the money, said Dr. Ranjan Pai, CEO of Manipal Hospital. “We have a definite cost advantage right now, but in the end we’re going to win on our outcomes.” Pai is reshaping healthcare from Bangalore India. Manipal already has top-notch hospitals in Sikkim and Nepal and Malaysia and plans an “education curriculum on par with top colleges and hospitals in the world.”

(AUTHOR’S NOTE: I toured six hospitals in India in January, 2007; every CEO was as focused as Pai to become global leaders. They’re marketing themselves to attract, and even KEEP, patients on cost, quality and outcomes. Today, a trickle; tomorrow, Monsoon?)
Doug Stoda of Tomah is a trickle. He injured his hip years ago and needed replacement, but the uninsured janitor couldn’t afford $65-75,000 out-of-his-hip-pocket. Dr. Mary Pat Peterson of Coon Valley Chiropractic – whom Doug had been seeing to stay the pain and expense – recommended resurfacing after seeing a TV program. Doug and wife Ann searched the Web to learn of a procedure performed worldwide for 17 years (not in the USA as per the FDA).

Stoda’s only option was his GPO (Global Provider Organization). And as easy as picking a provider from a PPO directory, Doug found a credentialed, experienced ‘network physician who’d been performing resurfacings for years. Stoda’s “GPO” promised quality, customer-centric, affordable care. What’s NOT to like?

“The 23-hour flight was the hardest,” Doug laughed. “It was the first time we’d ever flown; people thought we were crazy.” Today, he feels “fabulous.” Even though his provider lives halfway around the world, his follow ups have been routine. He recently started his own business and now has insurance.

Governor Doyle also had a bad hip. His resurfacing (FDA approved/July ’06) was performed successfully by doctors at UW Hospital with less than a year’s worth of resurfacings under their belts. Doyle’s bill was, well, consumers never know, but his out-of-hip-pocket expense was probably $ZERO! (No doubt the Governor of Wisconsin would have selected The Cadillac Option of the State Employee Benefit Plan, wouldn’t he?) Stoda, on the other hand, knew exactly what to write his check for – even before going to the bank! Billing was simple – and in cash!

In June, McKinsey Quarterly2 reported: “Healthcare payment systems, which processes $1.9 Trillion annually, are inefficient…consuming 15% – or more – of each dollar – compared with 2% for the retail system.”

McKinsey reports that “rapid innovation may lead to a restructuring of the value chain and a shift in the sector’s balance of power.” Financial institutions have opportunities to assume prominent roles as payers lose influence; providers will benefit as fewer dollars are wasted on transactions according to McKinsey.

One of those rapid innovations is: Business Process Outsourcing. BPOs are now being used by carriers, self-funded employers, hospitals and even clinics to cut cost – and focus on customer service.

Lakshmi works with providers with as few as 15 daily claims/processes – up to thousands of transactions. Lakshmi manages people to process everything from fee schedules-to-repricing-to-ICD 9/10 diagnosis/procedure codes, provider files and audits – every non-core provider process.
“BPOs are fully capable of verifying the data are accurate and representative of the care delivered. Clinical credibility is essential so physician interactions are meaningful. Providers need integrated financial and clinical information to improve the value of their services,” she said.

What’s the motivation for anyone to develop innovation that improves care, improves outcomes, controls cost? Nothing!

Regina Herzlinger’s new book, “Who Killed Healthcare” (McGraw Hill, 2007) paints a poor prognosis of innovation proliferation. “The system that exists now hates innovation. It hates outsiders with good ideas.” Herzlinger’s assault continued. “Healthcare is in the midst of a ferocious war; the prize unimaginably huge. Four armies are battling to gain control: health insurers, hospitals, government, doctors. Yet you and I, the people who use the system and pay for it, are not even combatants. And the doctors, whose interests are most closely aligned with our welfare, are losing.”

“The American people must win this battle. A system controlled by insurance companies or hospitals or government will kill us financially and medically – it will ruin our economy, deny the services we need, and undermine the important genomic research that can fundamentally improve medicine and control its cost. The system is well on its way to doing all of these terrible things right now.”
George C. Scott as General Patton said: “I want you to remember that no bastard ever won a war by dying for his country. He won it by making the other poor dumb bastard die for his.”

General Herzlinger, professor of Business Administration at Harvard, is commandant of consumer driven healthcare where soldiers like Doug Stoda take charge of their care – not the bureaucrats; not the stockholders; not the “system.” Another soldier in Herzlinger’s Army is Milwaukee Cardiologist Bruce Wilson. His rapid innovation was: Heart Hospital of Milwaukee.

“The big, bloated, everything-for-everybody hospitals use anti-competition tactics to kill off competitors that threaten them,” Wilson said in Herzlinger’s book. “I know their tactics well because I was CEO of the ship they torpedoed.” Wilson lost his shirt – and his hospital – but he continues the good fight at Wilson Heart Care – a consumer-centric clinic in Mequon. He beats the drum loudly in Herzlinger’s book about the battle ahead. “While hospitals claim that it is a conflict for doctors to own hospitals, nobody seems to be saying that it is a conflict for hospitals to own doctors. About 90% of the primary care doctors in Southeast Wisconsin are owned by the hospitals.”

Wilson and Herzlinger rage against the machine, but the machine just gets bigger! Milwaukee had 14 independent hospitals in the early ‘90s; five today (and heading to two). Consolidated systems’ mantra is: Consumers will have better outcomes, more efficiencies, better service…
Meanwhile, insurance premiums which reflect costs are up 87% since 2000!

Government is also consolidating power, but good news from that front: Health Savings Accounts shifted some power into the hands of the enemy/consumer.

The third army is also consolidating: 1,200 life and health carriers existed in the ‘80s, but it’s down to a handful of carriers whose only monitor is the health of the shareholder. In the ‘80s, Ron Weyers and Wally Hilliard launched two, successful insurance companies with Rapid Innovation and great Customer Service. That’s unlikely to happen again as the cost of entry is high, and the return risky – and when the insurance army unholsters its considerable political will (no one will be left standing).

Last standing is a Rag-Tag Army of One: You, me, Doug Stoda, Bruce Wilson…NOT a lot of fire power; not a lot of political will (or savvy), but rapid innovators motivated by their own health and their financial welfare!

This engaged enraged Army is growing. HSAs are their financial beachhead; Medical Tourism is their secret weapon; Access to data and information is their power, absolutely: In June, the DoctorMomIndex3 asked “Primary Healthcare Decision Makers” where they get Healthcare Information. From a list of sources, The Internet was Dr. Mom’s #1 choice (their Doctor was #2).

When asked their Primary Source of healthcare information, The Internet was again #1 (their Doctor was #2).