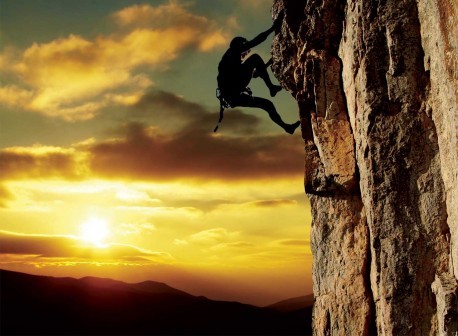 Mention Costa Rica to someone and invariably you’ll hear words such as eco-friendly, misty rainforests and picture-perfect volcanoes to name just a few. Costa Rica is well known around the world as a premier ecotourism destination. Its proximity, stunning scenery and friendly locals have been luring North American travelers for at least three decades, long before the term “ecotourism” became popular.
‍

With all the focus on Costa Rica’s natural attractions, many people are not aware that the country is also a popular destination for top quality health care at very affordable prices.
‍

That is now changing. According to Costa Rica’s Tourism Bureau, the number of visitors to the country coming in search of medical treatment has doubled since 2003 1. Although exact numbers are hard to come by, (a 1991 study by the University of Costa Rica suggested that nearly 14% of visitors came for medical purposes; other surveys put this number much lower), there is no doubt that more and more North Americans are finding Costa Rica a very attractive destination for their healthcare needs.
‍

If you have done any research, you will quickly discover that the price of medical procedures in Costa Rica tends to be at least 40-70% less than what you would pay in North America. This is due in part to lower wages, a favorable exchange rate and lower malpractice insurance. Price is no doubt the principal reason why patients choose Costa Rica and other foreign destinations.

Located just two and a half hours from Miami, Florida, Costa Rica is one of the closest off-shore medical care destinations for people living in North America. If you choose, you can literally fly to Costa Rica’s capital city of San José on one day, have your surgery that same day, and be on your way home the following day. This, by the way, is not recommended, but it is an attractive option for less invasive procedures. For many, however, the advantage of a relatively short flight home is what puts Costa Rica at the top of their list of medical tourism destinations.
‍

Coupled with the fact that Costa Rica is a favored vacation destination for American travelers, the country is a convenient option for people who are looking to combine a regular vacation with a health check-up or surgery procedure. I mean, who wouldn’t want to slide into bubbling thermal springs or explore an emerald-green rainforest and then take care of an ailing health problem all on the same trip?
‍

Add to this picture the luxury of a wide variety of recovery retreats, a feature unique to Costa Rica, and it ia easy to see why this country is such an attractive destination for plastic surgery as well as other medical procedures.
‍

Even back in the early 1980’s there was already a healthy flow of North American patients coming to Costa Rica for cosmetic surgery procedures. The low cost of cosmetic and dental procedures is still one of the main attractions for patients abroad.
‍

Increasingly however, travel to Costa Rica and other countries for medical care is being driven by North Americans who don’t have health insurance or have only minimal coverage. According to the New England Journal of Medicine, “These patients are not ‘medical tourists’ seeking low-cost aesthetic enhancement but middle-income Americans who need life saving surgeries and want to evade impoverishment by succumbing to expensive healthcare options in America.” 2 This trend of travelling abroad for life-saving medical treatments is expected to increase dramatically over the coming years due to rising health care costs, higher deductibles and insurance premiums that are well beyond the reach of many middle income Americans.
‍

In a typical scenario, Tom, a self-employed roofing contractor, is told by his U.S. doctor that he requires knee replacement surgery. The price he’s quoted is close to $40,000, and, as one of America’s 47 million uninsured, Tom has no way of footing the bill.
‍

Through a friend, Tom hears that there may be more inexpensive options abroad. A Google search brings up a hospital in Costa Rica where Tom learns that the exact same procedure costs only $9,500. After carefully researching the site and talking to doctors and former patients, Tom decides to use the hospital to arrange his surgery and logistics. During this time Tom speaks several times with his Costa Rica physician and is impressed by his warmth and knowledge, as well as by his credentials and fluency in the English language.

Tom arrives in Costa Rica a few days before his surgery and takes advantage of the hospital’s concierge services to visit an active volcano and relaxing hot springs. A few days later, Tom is picked-up at his hotel by a hospital representative and taken to the hospital for surgery. The hospital’s caring staff and ultra-modern facilities quickly put Tom at ease. After surgery, Tom spends three days in the hospital and an extra week in a recovery retreat before heading back home. Total expenses including round-trip air-fare? $10,700.
‍

ARE WE FORGETTING ABOUT QUALITY?

Sure, soaking it up at a tropical paradise may sound all fine and dandy. But who’s to say the masked man hovering over me is a qualified medical professional and not some quack that just stayed at a Holiday Inn Express? Is there any kind of government regulation? How does one weed out the good doctors and hospitals from the bad ones?
‍

First off, just as in life, things usually aren’t so black and white. Whether in the United States, Canada or Costa Rica, some doctors and hospitals simply have more experience in certain procedures and are therefore more likely to have better outcomes. Here or abroad you’ve got many good doctors and then a small few that are not so good. It pretty much comes down to doing the research and using common sense. In Costa Rica, all practicing medical professionals must be registered with the “Colegio de Médicos” (the College of Physicians) www.medicos.sa.cr, a good place to start your research.

To its credit, Costa Rica also has a long tradition of offering high quality medical care to all it citizens through a national public healthcare system. Besides the public health system, the country has a strong private health system with hospitals and clinics of great prestige and reputation.
‍

‍
• The World Health Organization’s most recent survey of healthcare systems published in the World Health Report 2000, ranks Costa Rica’s health system among the top three in Latin America ahead of 154 other countries including the United States, New Zealand and Thailand.
‍

Additionally, many of the country’s doctors have trained in the United States or Europe and a significant percentage speak English or another second language.
‍

Traditionally in Central and South America (as well as many other parts of the world), most medical services have been marketed abroad through individual doctors and small clinics. Recently, however, larger hospitals have begun to actively solicit foreign patients. A case in point is Thailand, which boasts several hospitals that have successfully marketed their services to an international clientele.
‍

In Costa Rica, the Hospital Clinica Biblica has taken a leading role in positioning itself as the region’s premier medical institution for international patients. This privately owned, non-profit institution boasts one of Costa Rica’s most technologically advanced medical facilities and will soon be the regions first JCI accredited hospital. The JCI accreditation is a world-renown seal of approval that indicates a hospital meets high performance standards comparable to hospitals in the United States and Europe.
‍

Founded in 1927 by North American protestant missionaries, Hospital Clinica Biblica has a long tradition of catering to resident aliens and more recently to medical tourists. It recently opened an international department and is considering dedicating an entire hospital wing solely for the use of international patients. Presently over fifteen percent of its patients are foreigners and this is only expected to increase.
‍

It is initiatives such as these and others like it that bode well for Costa Rica’s incursion into this exploding market. With no end in sight to the U.S. healthcare crises; aging baby boomers and the number of uninsured continuing to grow, the road ahead looks promising as this country reinvents itself from solely a top ecotourism destination to a leading player in the global healthcare arena.
‍