By
Cristiane Roget
at 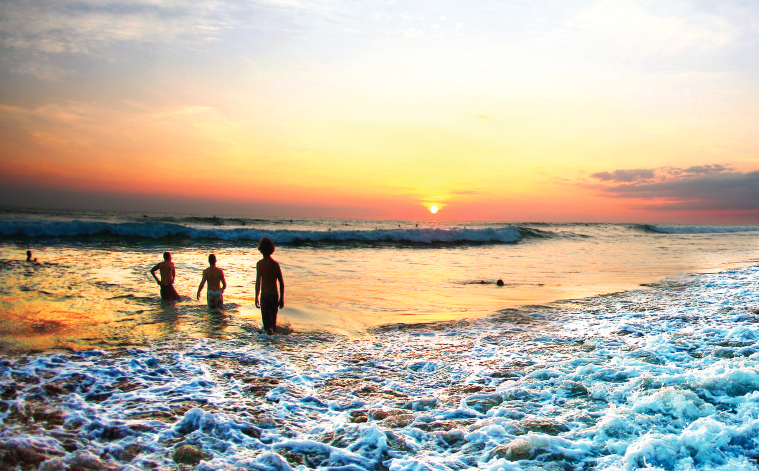 Not long ago, the wealthy of the world, especially those from developing nations, were apt to opt for travel to the United States for matters of medical care. Procedures performed stateside were deemed superior. Conversely, destinations for medical tourism in Costa Rica and Thailand were sought for their exotic nature, Pad Thai and wealth of pre-Colombian pyramids.

With or without Obamacare, patients have seen the U.S. medical industry go the way of Big Pharma. Ballooning costs and robotic service have prompted a paradigm shift among those affluent — and not so affluent — who have turned the tables on what was traditionally defined as “medical travel.” Countless North Americans eschew local treatment to actively seeking alternatives outside their comfort zone.
‍

A short limp from South Florida and California, Costa Rica is ranked among the top five medical destinations, according to the International Healthcare Research Center.
‍

Costa Rica hosts upward of 1.5 million vacationers a year including 45,000-60,000 who list a medical procedure in their itinerary; especially affordable dentistry — from full mouth restoration to a simple implant.
‍

The logic of free trade in medicine is becoming harder to resist, especially in Costa Rica, where quality of care is equal to and often surpasses the equivalent found in industrialized nations. Procedures may run the gamut from elective dermal fillers, cosmetic surgery — popular among the thousands of flight attendants who visit Costa Rica every year — to deluxe spa rejuvenation.
‍

Critical care operations, such as hip and knee replacements, are billed at 50 percent less than the identical procedure stateside and, according to Jessica S. Alvarez, coordinator at CIMA Hospital in Liberia, “most major medical insurance is accepted to defray those costs.”
‍

What constitutes “vacation time” is less and less about R&R and more about exploring viable medical alternatives on a road less traveled.
‍

The stronger dollar, ease of travel and global connectivity has positioned “medical” vacations on the top of countless bucket lists. Quality time spent in the company of family and friends is an added value. While the patient recuperates with extended stays and affordable certified post-operative caregivers, the family can pursue a healthier lifestyle.
‍

“They may hit the greens, take a trek in one of the country’s 50 national preserves or surf the secluded beaches along Costa’s Rica’s temperate to tropical coastline,” said professional surf instructor Emmanuel Gomez, whose family invested in Costa Rica more than a decade ago.
‍

Others seeking alternative and non-traditional medical care, such as stem cell procedures, may avail themselves to research centers and temples of well-being including Nayara Springs La Fortuna Resort and Spa or at retreats for yoga enthusiasts or artists at the luxurious OnZen Spa at the Playa Flamingo Resort in Guanacaste.
‍

While untangling the statistics may be a challenge, compelling factors prove dental and medical tourism in Costa Rica as an idyllic and fully accountable destination. Boasting ultra-modern and accredited hospitals, doctors and dentists both in public and in private practice are an indisputable fact.
‍

Costa Rica’s medical professionals consistently meet or exceed standards of the Accreditation Association for Ambulatory Health Care, an international body that assures and maintains the highest level of patient confidence, according to Dr. Juan Mendez and Dr. Luis Fernando Chavarria, of the Latin American Federation of Ultrasound and Society of Biological Medicine.
‍

“In addition to exceeding rigorous accreditation criteria based on international standards, Costa Rica’s private and public medical facilities are on par and, in many cases, superior to those found in the Northern Hemisphere,” said Dr. Ivania S. Tinoco, of Clinica Dental TS, whose partner, Dr. Antonio T. Loria, a tenured professor at the Costa Rica University of Dental Medicine, also performs full-facial reconstruction and elective cosmetic dentistry.
‍

Both dentists work from their lavishly appointed glass and steel offices in Zapote, a suburb of San Jose, where Costa Ricans and travelers from abroad receive a standard of care they have come to expect and all patients everywhere deserve.
‍

“In Costa Rica, you are known by your given name not by the number stamped on your wrist band’ said Tinoco, who also accredits dental practices throughout Central and South America as chief evaluator with the AAAHC Certification Board.
‍

“Combine cost incentives, superior accreditation, government bolstering of the medical communities infrastructure and an inherent quality of care that is personalized rather than mechanized, Costa Rica is a standard-bearer of medical travel destinations,” said Dr. Adriana Tomas Fernandez, Sr., director of medical tourism at the ultramodern CIMA Hospital, which offers locations in San Jose and Liberia, the capitol city of Canton, Guanacaste.
‍

An increasing number of North Americans are traveling for more critical care procedures, such as knee and hip replacements, weight-loss surgeries and spinal treatments. Many of these patients are treated at Hospital Clinica Biblica, a Joint Commission International-accredited facility considered one of the top medical tourism hospitals in the region.

While cost is a primary factor in the decision process, foreign patients are often astonished by the personalized attention and superb care they receive. In Costa Rica, hospitality is a cultural imperative. Medical tourism in Costa Rica offers the best of hospitality and medical care for reasonable prices.
‍

“This translates into patients having the option to recuperate fully and spend 4-5 times more time with their surgeon than they are accustomed to back home,” said Dave Chambers, publisher of The Costa Rican Times and a full-time resident. “This pampering really makes a difference in their medical travel experience and their prognosis overall.”
‍

Add to the equation a culture that is essentially stress-free and ecologically pristine, the calming effect on patients is almost palpable. For a country half the size of New York State, Costa Rica’s eco diversity is dazzling. Private and public steward- ship of the nations’ natural habitats and the protection of the environment bode well for patients now and for generations to come.
‍

“With another worldly variety of flora and fauna, Costa Rica’s topography is a geological bottleneck of migratory birds, butterflies and bugs. One can experience the entire Southern and Northern Hemisphere in microcosms,” said documentary film director Christian Johnston, who returned to Los Angeles after filming the third annual Envision Festival in Playa Uvita, near the National Manuel Antonio Rain Forest.
‍

For those wingless migrants, a flight from Fort Lauderdale to the capitol city of San Jose is 20 minutes from tarmac-to-tar- mac after factoring in the time difference. As a compliment, Costa Rica boasts two spacious and ultra-modern international airports.
‍

“With twice-daily direct service from multiple Northern American cities, one can depart Fort Lauderdale at breakfast and arrive by brunch,” said Andrea Guardino, a consultant with Florida-based VectorVoyage and executive with the National Association of Professional Women. Guardinao is a former on-camera spokesperson for Costa’s Rica’s tourism campaign.
‍

Costa Rica’s economic and political stability provides the underpinning for a nationalized medical system akin to Canada and the United Kingdom. With no standing army and unarmed security guards, the country enjoys a very low crime rate. More than 1.5 million North Americans visit every year while enjoying complete safety and security.
‍

“Regrettably, criminal activity is endemic in all metropolitan cities. Exercising common sense and caution goes a long way in ameliorating risk,” said Pablo Sanchez, whose company, G&S Security, provides travel assistance and logistics. “Most visitors and patients stay in the hillside suburbs of Escazú, an affluent enclave well-suited for pre- and post-operative treatment due to its proximity to Hospital Cima and other first-class medical facilities.”
‍

Federico Quevedo, a past resident of Escazu and founder of VectorVoyage, said a profusion of exclusive boutique hotels, private villas and gourmet restaurants makes Escazu the enclave of choice for North American and European ex-pats who expect simply the best.
‍

Considered one of the world’s seven “Blue Zones” due to the longevity of the local population; a comparison evokes similarities to Malibu, Calif., and France’s Cote Azur. Many of the world’s celebrities have become enamored with the unspoiled and exclusive nature of the region known as the Nicoya Peninsula; a favored haunt for the likes of Leonardo DiCaprio, Angelina Jolie and Gwyneth Paltrow, where good manners prompts the local population to pay them no heed.

‍
Whether that aspirational dream is a nip and tuck, a rigorous walk on a verdant volcano trail, or languishing away the day at a wellness retreat, is there any wonder why Costa Rica is known as the Land of “Pura Vida?” Costa Rica’s robust medical tourism industry promises patients a land of enduring glamour.
‍

Cristiane Roget co-founded Vector International Pictures (VIPictures.com) more than a decade ago in Beverly Hills, Calif. She is a seasoned investigative reporter, having produced news for the NBC affiliate in Boston and as a segment producer for “Inside Edition.” She is writing for “Robb Report” online, “JustLuxe” and “ABnewswire.” She is an alumnus of the University of California, Los Angeles. RogetLink@aol.com