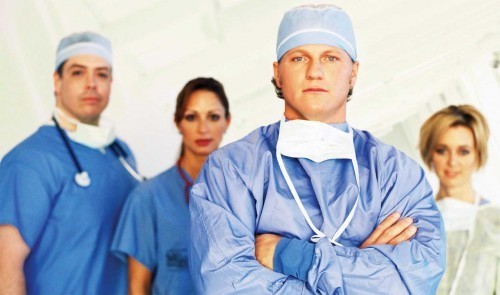 Most Americans are shocked to find out that Costa Rica has been rated higher by the World Health Organization than the US, and in the last 2000 WHO report the United States rated 37, below Singapore and Costa Rica.

REQUIREMENTS TO BECOME A DOCTOR

What exactly does one have to do to become a physician in Costa Rica? Like doctors in the US, medical doctors in Costa Rica receive formal university training followed by a postgraduate residency program. The latter ensures that they have extensive practice knowledge in their specialty. In addition, all medical physicians must meet general requirements to be a member of the Costa Rican Doctors’ and Surgeons’ Association (Colegio de Médicos y Cirujanos ~ medicos@racsa.co.cr). Dentists, on the other hand, are certified by the Costa Rican Surgeons and Dentists Association (dentista@racsa.co.cr).
‍

Obtaining a medical degree in Costa Rica requires some undergraduate studies in the field of medical and a graduate degree in medicine. It takes six years at the National University of Costa Rica to obtain a graduate medical degree but even then a doctor is not ready for practice. A prospective doctor must complete a Doctorate Title in Medicine and one year of social service at one of the Social State Hospitals.
‍

For postgraduate residency, the amount of time spent in the various programs depends on the specialty field. For instance, plastic surgeons are required to complete an extra eight years of post-graduate residency study. Four of those years is spent in general surgery and the following four years in plastic surgery, for a total of fourteen years of study before becoming a plastic surgeon. Endocrinologist must perform another two to four years to become a specialist and a doctor must spend five to seven years just to qualify in general medicine.

REQUIREMENTS TO BECOME A NURSE

The University of Costa Rica requires students who applying for a nursing degree to perform aptitude exams with a score of 700 or more to quality. The private universities, however do not require this exam. It takes from three to four years for a nurse to graduate and four to five years to graduate as a licensed nurse. To qualify with a masters in nursing, a nurse will spend the three to fours years and then one year licensed, and then another one and a half years on top of that to get the masters degree. In order to work, nurses need a Costa Rican Accreditation Title and must be affiliated with the School of Nurses of Costa Rica. All other nurse titles require accreditation from the Nurses School of Costa Rica.

While Costa Rica has a public healthcare system, it has a growing private health care system which is starting to focus on attracting Americans to Costa Rica for medical care above and beyond the prior reputation for inexpensive cosmetic and dental surgery. Costa Rica is now becoming known for surgeries such as Hip replacements, back or spinal surgeries and knee replacements. In fact, laboratory materials are all FDA approved and shipped in from the United States.

For Americans traveling to Costa Rica for medical care the healthcare is quite affordable. Many of their doctors not only speak English but also have received training in the United States, Canada or Europe.

Costs of Procedurs in Costa Rica vs. United States

The Two main hospitals in Costa Rica are Clinica Biblica and CIMA. Unfortunately, at the time of writing this article, CIMA hospital had not finished completing its hospital floor specifically for medical tourists. CIMA also did not provide written information to the Medical Tourism Association regarding its hospital and other items such as infection rates. We hope to include information about CIMA once their new wing has been opened.
‍

Hospital Clinica Biblica, on the other hand, has a dedicated Medical Tourism department of 5 full time employees who speak both English and Spanish and a dedicated floor for medical tourists. The two brothers, Brad and Bill Cook, who run the department, spent some time growing up in the United States and so there clearly is no culture barrier here.
‍

Hospital Clinica Biblica is a private hospital established in 1929 and built by American missionaries. The hospital is affiliated with Tulane University in Louisiana with a capacity of 5,000 outpatients and 120 inpatients per day. Most of the non-Costa Rican patients come from the U.S., Canada and Europe, making up a generous percentage of the 14,400 procedures performed at the hospital each year.

At least ten percent of the physicians at Clinica Biblica are U.S. board certified in specialties such as general surgery, orthopedics, cardiac and urology. With its 800 employees, this hospital boasts that all of its nurses are registered nurses and the nurse to patient ratio is approximately four to one and all rooms are private and some are suites.

Clinica Biblica is almost completely through the lengthy and arduous process of JCI accreditation. It has spent thousands of dollars in training all its employees in resuscitation techniques approved by the American Heart Association. Even the janitors are certified! There are state of the art voice activated video surgery rooms and high tech infection prevention architecture reducing the infection rate at Hospital Clinica Biblica to less than three percent compared to the high infection rates found in American hospitals.
‍

What was interesting about Hospital Clinica Biblica was the atmosphere of the facility and its employees. The whole hospitals is painted in blue and green because research suggests that those colors are indicative of emoting calmness and suitable for patient healing. There are also TV’s located in ICU rooms which has been shown to create good patient outcomes.
‍

The attitude of the physicians is not one of superiority and it is common that patients have access to their doctor’s cell phone numbers. As one doctor stated, “We are just people helping people.” That being said, your overall experience at a hospital in Costa Rica may be more than you expected, especially at the lower costs for services. If the surgeon is the right one for your particular medical condition and the hospital meets your approval, we suggest you go for it!