What Does Cryptocurrency Mean for Medical Tourism? 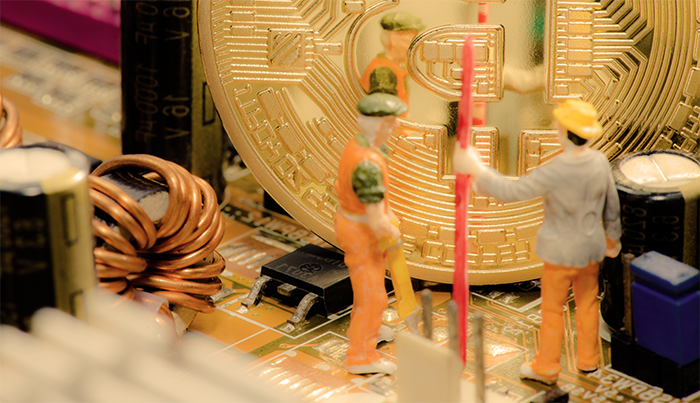 Since entering mainstream use, travelers and tourists have been using cryptocurrencies like Bitcoin as a form of payment for flights, hotel reservations, transportation, and more. As this technology develops, it is not only pleasure trips benefiting from the rise of Bitcoin – medical tourism has seen a sharp uptick in the utilization of cryptocurrency as well.
‍

Cryptocurrencies, the most famous example of which is Bitcoin, are digital currencies that operate independently of a central financial institution and use encryption methods to regulate the generation of currency units and confirm the transfer of funds between users.

Cryptocurrency has now entered the medical tourism industry with a growing proportion of medical tourists, mostly in the United States, Canada, and some parts of Europe, adopting blockchain technology – a ledger that verifies the transfer of currency publicly – and accepting Bitcoin as a form of payment.
‍

“The protected nature of blockchains has the potential to be a superior way to access healthcare throughout the world,” said Peter Sasaki, a managing member of CGS Associates and an expert in cryptocurrency and blockchain technology. “It’s not just about the price and potential appreciation of a cryptocurrency. It’s more about the security available because of blockchains.”
‍

In addition to medical institutions accepting Bitcoin as a form of payment, individual medical providers have also embraced cryptocurrency. Doctor Edward Domanskis, a board-certified plastic surgeon, has been accepting Bitcoin from his patients at his medical practices in Newport Beach, San Francisco, Miami, and Anguilla.
‍

“Bitcoin works for my practice, as [it allows] regular patients to pay for services. I like to be at the forefront of new technologies and developments,” said Dr. Domanskis.
‍

Columbus Medical Center, located in Columbus, Georgia, began accepting Bitcoin in September 2017. The institution’s lead physician, Dr. Eric Codner, said in the announcement “Using Bitcoin for your purchases returns power to the consumer by allowing payment through a decentralized currency that cannot be manipulated by any bank or government.”
‍

London-based Vinci Hair Clinic also began accepting cryptocurrency in December 2016. “We started to take Bitcoin seriously in November when we got inundated with requests to pay in [Bitcoin],” said the managing director of the hair clinic, Salvar Bjornsson, in a press release.
‍

In one instance, Vinci Hair Clinic performed a hair transplant for a 32-year old male patient from the Middle East. The patient made his payments in Bitcoin worth $6,000 at that time. The clinic said it immediately converted the Bitcoin to the British Pound (GBP).
‍

The customer’s demand to pay with Bitcoin was not the only reason the hair clinic decided to accept Bitcoin, however. Ken Fryer, the clinic’s spokesperson, said taking payment in Bitcoin solved many of the problems associated with international transactions.
‍

“We have had customers who faced problems with fund transfers due to currency and banking restrictions. We have had to cancel surgeries because clients were not able to transfer funds to the UK in time.” Fryer said.
‍

Northorthopaedics, a Lithuanian clinic focused on providing orthopedic care for international patients also began accepting Bitcoin as a form of payment a few years ago. The clinic cited that payment through Bitcoin is not only fast, but comes with minimal charges as well.
‍

Virtual medical platforms like online consulting services have also joined in accepting cryptocurrency as a form of payment. Ask the Doctor, for example, an online telemedicine platform, began receiving payments in Bitcoin in October 2016.
‍

Additionally, some internet medical startups such as CoinMD and Patientory use cryptocurrency and blockchain technology to provide patients with their own secure and individualized medical data while connecting them with low-cost medical experts from across the world. In this manner, these innovative platforms make healthcare affordable for patients across the world while keeping their medical records safe and secure.
‍

In addition to the convenience and security, the use of cryptocurrency also lowers the cost of accessing quality healthcare across the globe by eliminating currency exchange rates between countries, contributing to overall increases in healthcare costs, particularly for medical tourists from less developed countries.
‍

Medical tourists are likely to continue to utilize cryptocurrency and blockchain technology to send payments because of the ease, confidentiality, and borderless nature of the emerging technology.