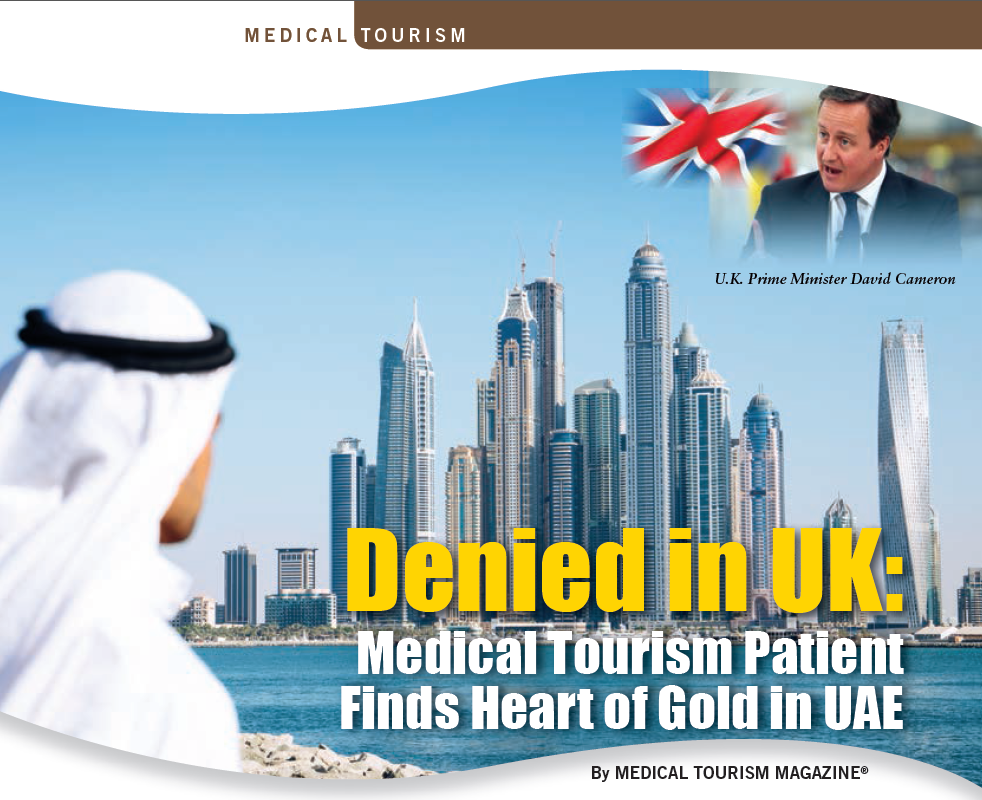 After getting denied in UK  for medical attention and in South Africa, a 70-year-old Nigerian man suffering from cardiovascular and kidney failure is waiting to return home after finding a heart of gold in the United Arab Emirates.

Captain Cosmos Niagwan is recovering following a complex seven-hour surgery in which a team of 20 multidisciplinary doctors at Burjeel Hospital in Abu Dhabi performed a successful coronary artery bypass graft that included an aorta replacement and re-implantation of two vessels after detecting their patient’s condition was deteriorating.
‍

“He had high blood pressure and sickle cell anemia,” Dr. Tarig Elhassan, a cardiac specialist at Burjeel Hospital, told Khaleej Times. “Old age and multiple health conditions increased the risk of such a complicated procedure and he initially had a 50 percent chance of survival if the procedure was done. Although it was a high-risk procedure, we calculated that his odds of survival were zero without it, hence, we proceeded with the surgery.”
‍

Out of time, Niagwan had plenty of luck on his side in the UAE, where, because of his sickle cell “crisis,” required a blood transfusion during the surgery to increase his normal red count.
‍

“They did a great job,” said Niagwan. “When I arrived here, I was very weak and could hardly walk. After the treatment, I can attempt to do quick steps… I now feel 15 years younger than before the surgery.”

“While the UAE is a newcomer in this area, the country has great potential due to high standards of quality healthcare, excellent infrastructure and competitive pricing offered here,”
‍

Nigeria and the nation’s 170 million residents represent a huge opportunity for cardiac and orthopedic surgeries in the UAE.

he said. “At Burjeel Hospital, we receive, on an average, 5 percent of our cases from the MENA region per month.”
‍

Stanford said Nigeria and the nation’s 170 million residents represent a huge opportunity for cardiac and orthopedic surgeries in the UAE.
‍

Until recently, Nigerians like Niagwan and other MENA patients had been traveling outside their native lands in search of medical tourism procedures. Those opportunities, sometimes found through ties with family and friends in Europe, may be drying up. Prime Minister David Cameron wants to make travel more difficult for migrants seeking to access the United Kingdom’s welfare system, particularly health “benefit tourism” in Great Britain.
‍

Nationals who are not residents of the European Union and come to the UK to take advantage of free healthcare are the subject of a government crackdown on health tourism. The cash-strapped National Health Service has lost at least $55 million in four years for failing to identify so-called “health tourists” accessing hospital care, a BBC investigation found.
‍

NHS could save $687 million a year if it was better at charging foreign nationals to use its services, according to a new report prepared for the Department of Health. This represents a quarter of the annual $2.74 billion cost of treating temporary migrants and foreign visitors.

Health tourists, such as women who come to the UK in late pregnancy to give birth, cost the NHS at least $96 million each year, according to the study on migrant access to NHS care in England.
‍

Nationals who are not residents of the European Union and come to the UK to take advantage of free healthcare are the subject of a government crackdown on health tourism.

Since then, the government has decided to conduct an audit to assess just how bad “health tourism” is. But, the problem is apparently so severe that Jeremy Hunt, the Secretary of State for Health, announced measures to tackle the situation before the audit has assessed its scale. Potential policies under discussion include:

In the short-term, London will probably focus on preventing benefits tourism because Britain can realistically do little to stop immigration from EU nations.
‍

However, in the face of assertions by the Health Secretary, researchers have found that medical tourism is a lucrative source of income for the NHS, contradicting the government’s plan to clamp down on foreigners abusing the health service.
‍

Assertions by British health secretary Jeremy Hunt fly in the face of a study that finds medical tourism to be a lucrative source of income for the United Kingdom.
‍

At least 18 hospitals – those deemed most likely to be making money from overseas patients – earned just under $58 million in 2010, according to researchers from the London School of Hygiene and Tropical Medicine and York University.

On the flip side, Britain became the first European last month to offer Emiratis visa-free entry.

The EU is considering a similar move that would make travel to the UK easier from the UAE and strengthen relations between the two countries, particularly in areas of health, economy, tourism and culture.