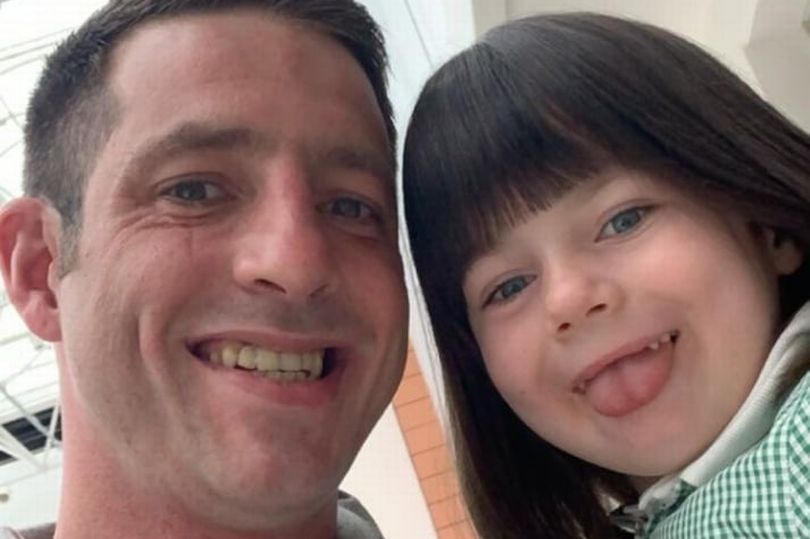 This article was originally published by edinburghlive.

A West Lothian dad, who is raising thousands of pounds to take his daughter abroad for specialist treatment after she was told she would be in a wheelchair for the rest of her life, has been offered a discount by a top doctor.

Edinburghlive previously reported how five-year-old Arabella Green was born with a rare condition called arthrogryposis which causes her joints to curve in an abnormal way, leaving her disabled.

Despite having multiple painful operations at Edinburgh’s Sick Kids Hospital, she has been told that there is nothing more the NHS can do for her to help her walk.

Arabella’s mom was hopeful that she could give her daughter one last shot at being able to walk by taking her for ‘miracle surgery’ at a hospital in Poland. But sadly Catherine, who suffered from PTSD and depression, took her own life in March 2021.

Dad William has not given up on Catherine’s wish and has dedicated most of his time to raising thousands to take her for the specialist treatment in Warsaw, Poland.

But after specialist Dr. Feldman found out that Arabella’s mom passed away, he offered to pay for the travel and offer the surgery for the reduced price of £80,000.

If William can raise the money by October 26, Arabella will have the potentially life-changing surgery at the European Paley Institute in Poland on this date.

William told Edinburgh Live: “With Dr. Feldman knowing Arabella’s mum personally and knowing everything that was going on, he contacted me when he was on vacation and said ‘what can I do to help, I know you are under a great deal of stress.’

“So I told him about all of the fundraising events I have planned and he said ‘’I’m going to fly you to Poland myself, and we are going to do the operation for a reduced price.’

“I’m over the moon that he reduced the funds.

“If I get the funds by October 26, he will fly from America to Poland on October 22, and then we will remain in Poland for 12 weeks for rehabilitation treatment where Ella walks.

“Obviously it’s not just a matter of her just getting an operation and standing, she will need a lot of personal physiotherapy.

“But he has rubber-stamped the letter now saying that he will be taking over her care because as the NHS is not offering anything else for her.”

William now has a number of fundraising activities in the works including having Emie Bagis who is Tyson Fury’s barber perform a sponsored skydive.

You can donate to the fundraiser here and follow Arabella’s journey here.