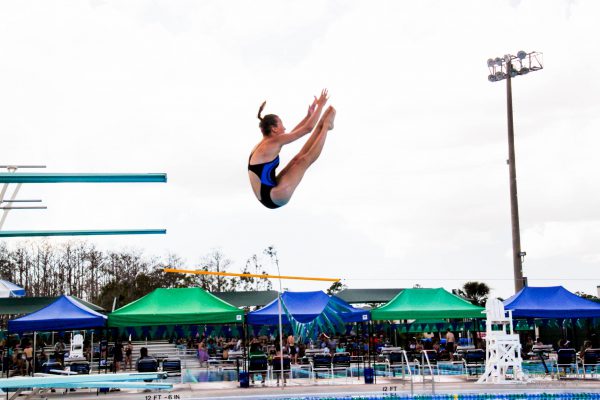 If there’s one thing Amy has always been passionate about, it’s diving. Amy dived competitively all through middle and high school, coming out on top in many championships.  A little pain in her hip now and then - as most athletes may experience - but this did not stop her from chasing her dream of being a competitive diver to reckon with.

But the hip pain persisted and even became worse.

Amy endured increasingly severe pain in her hip as she pushed her diving career forward at the college masters division at Nova Southeastern University in Fort Lauderdale. But soon enough, this would only make not just her athletic activities, but also her education screech to a halt.

“This is beyond a normal athlete pain,” Amy thought as she decided to get the doctors in on this. After a careful physical examination and an X-ray of her hip, the doctors found something shocking - the head of her thigh bone (femur) had been severely damaged with some parts dead. The doctors called it Perthes Disease.

Perthes Disease, also called Legg-Calve-Perthes disease, is a rare childhood condition that affects one, or sometimes both, hips. It typically occurs in children between the ages of 3 and 15.

In Perthes disease, the blood supply to the rounded head of the femur (which forms a ball-and-socket joint with the hip bone) is interrupted; this causes the bone cells to die producing intense pain. In some cases, the femoral head loses all of its blood supply and, in turn, all of its bone tissue.

In most cases, this blood loss occurs without the patient even knowing as they usually do not experience any symptom until several months after this initial blood loss to the femoral head.

The cause of Perthes Disease is still not clearly understood, but recent studies indicate that there may be a genetic predisposition to the disease. Furthermore, research studies reveal that hypercoagulability (excess clotting) of blood, repetitive trauma to the hip, and delayed bone maturity may predispose a child to Perthes disease.

Perthes disease occurs in stages that last several years and culminate in bone regrowth and repair of the femoral head. In the first 8-18 months after the initial episode of blood loss to the femoral head, the body mounts up an immune response to clear off the damaged bone. This causes intense hip pain that produces a characteristic limp when the child walks or runs.

This phase is followed by a fragmentation process in which the body removes the dead bone and replaces it with a softer bone. During this period, the femoral head – now filled with this soft bone - may not withstand external pressure on it, causing it to collapse consequently. If it collapses, it will distort the shape of the femoral head and its normal fitting into the spherical socket in the hip bone, ultimately limiting the range of movement of the affected hip joint.

This mismatch between the shape of the femoral head and the socket in the hip bone causes continuous wear and tear of the damaged hip joint, increasing the risk of early osteoarthritis.

In the last phases of the disease, new, stronger bone cells form to reshape the head of the femur. This stage is called the re-ossification stage and lasts longer than other stages of the disease. The outcome of this phase, however, depends on the preceding stages, the onset of treatment, and the child’s age. If the femoral head collapses in the previous stage (indicating severe damage to the femur), chances of optimal re-ossification are low. More so, if the child is still young and the bones are still growing, re-ossification is likely to occur.

In Amy’s case, the femoral head had been severely damaged and had caved in. She had to endure rounds and rounds of severe pain which still did not resolve after several analgesics. Just when she thought her athletic career had come to come to an end, she got a referral from her doctor in South Florida to Dr. David Feldman at the Paley Institute.

Dr. Feldman is a pediatric orthopedic surgeon and the Director of the Spine Deformity Center and Hip Pain Center at the Paley Institute; he has over 2 decades of experience in treating pediatric orthopedic conditions and Spine deformity, and Amy did not hesitate to consult him.

After ordering X-rays and some tests, Dr. Feldman decided the best approach to treating Amy’s hip pain was to reconstruct the femoral head and hip socket to optimize the articulation and function of the hip joint.

During the surgery, Dr. Feldman cut and reshaped parts of the femoral head, and after 6 weeks, reconstructed the hip socket, so both can fit snugly.  This new alignment was kept in place with screws and plates, which were removed after 6 months - by which time the repaired areas had healed completely.

Just a few weeks of intensive physical therapy and restricted weight-bearing on the affected hip and Amy is back on her feet, ready to take on other athletes at the upcoming National Championship in Georgia.

For Amy, the nightmare of never doing what she truly loves is over. She now runs, walks, and dives pain-free thanks to Dr. Feldman’s skillful hands.

“Living with Perthes is not easy, and it sure does force you to be strong,” Amy recalled. “But I thank God for Dr. Feldman and my therapists for doing what it took to get me to a place where I can live pain-free again, and challenge myself and thrive as an athlete to stay the active, healthy, young woman I strive to be.”