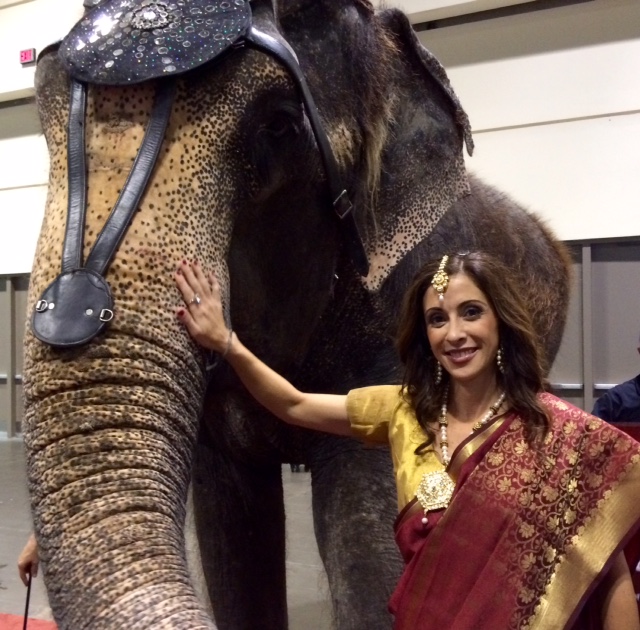 When Americans start dreaming of a day when they can retire to a Caribbean island, they are often reminded of the potential harsh realities of living outside the United States without health insurance.
‍

There's no reason to stop believing, according to a leader in the Latino community who served in the Reagan and Bush administrations. Those illusions may no longer be pipe dreams.
‍

It's inevitable that in the next decade, at some point, the United States will have to amend Medicare regulations, said Alberto Cardenas, a senior partner at Squires Patton Boggs and chair of the firm's Latin America practice, who spoke at the 4th Caribbean Island and Ministerial Summit.
‍

Cardenas, born in Havana, but who escaped with his family from communist Cuba, was among the delegates at the 8th World Medical Tourism & Global Healthcare Congress, Sept. 27-30, 2015, in Orlando, Fla. He told the Caribbean ministers of health, tourism, and economic development that Medicare, the health insurance plan that most Americans rely on during retirement won’t cover them outside the United States.
‍

For this reason, most retirees who flock to the Caribbean need to buy a health insurance policy that protects them in whatever country they choose to settle. Or they can buy an international plan that covers them in multiple countries including the United States. However, Cardenas said those plans tend to cost more.
‍

Renée-Marie Stephano, President of the Medical Tourism Association during a light moment at the World Medical Tourism & Global Healthcare Congress, in Orlando, Fla., believes Caribbean nations are no longer elephants in the room when discussing health and wellness travel strategies.
‍

Of course, Americans can continue to pay into Medicare in the event they choose to return to the United States for treatment. Others who choose to retire abroad do so without health insurance and rely on out-of-pocket payments for routine doctor visits or treatments.

Others will opt for a health insurance plan that offers a high deductible to cover costs in the event of a major accident or emergency. Of course, retirees can continue to pay into Medicare in the event they choose to return to the United States for treatment.
‍

Cardenas said despite these obstacles, Americans are still willing to migrate to countries like Costa Rica and Panama to live out their golden years. He urged the ministers and government officials to expect more retirees. Those same seniors, he said, could entice younger generations back in the United States to seek medical tourism treatments while visiting their older relatives.
‍

If you get prepared, you're going to be blessed, said Cardenas, who said an efficient airport, a modern healthcare system and a local infrastructure that featured affordable homes and a culture of comfort and friendliness were critical components influencing not only retirement decisions, but medical tourism patients seeking treatments in the Caribbean.
‍

Analysts say deductibles for Americans who purchased Obamacare plans can top $5,000 for individuals and $10,000 for families. Faced with the prospect of substantial price increases in the short-term or the inconvenience of changing plans, many of these 7.3 million Americans might not hesitate to forgo the high out-of-pocket costs and make the short flight to the Caribbean for affordable care instead.
‍

William Peguero, Sr. an investor in the Cayman Islands, said he also anticipates a reduced number of practicing specialists in the United States and a logjam of new and innovative pharmaceuticals awaiting FDA approval to sway more medical tourism patients to the Caribbean.
‍

The Caribbean is in the right place at the right time, said William Peguero, Sr., a business ambassador with the University of California San Diego Health System. We need to put our game together and partner with the right institutions, align with the right physician groups and give destinations the credibility and added value that they require.
‍

The delegation from the Dominican Republic meets with healthcare buyers at the World Medical Tourism & Global Healthcare Congress, in Orlando, Fla.
‍

Renée-Marie Stephano, President of the Medical Tourism Association, suggested a much wiser investment could be made in the Caribbean’s most natural assets: the islands’ doctors, nurses, hospital administrators and professional staff who are critical to the patient experience. She said educating and training “these moving and integrated parts are essential to a healthy and prosperous medical tourism sojourn.”
‍

The Government of Puerto Rico, earlier this year, became the standard bearer for investment in the importance of maintaining top-rate service to prospective hospitality and healthcare providers through International Patient Services Certification, an offering of the Medical Tourism Association.

Stephano said in the coming months, more of these enterprises will join Metro Pavia Health System by achieving certification including the Caribe Hilton and Condado Plaza as WellHotels.
‍