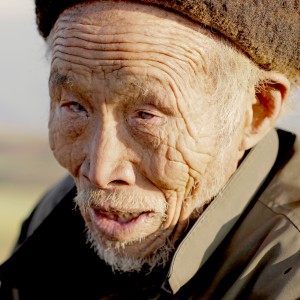 Holding a rhinestone-coated iPhone in one hand, a 52-year-old Chinese woman who goes by the surname Chen uses her free palm to pull a wheeled-suitcase through the Tsim Sha Tsui shopping district of Hong Kong where she plans to stock up on inexpensive make-up, shampoo and pharmaceutical treatments.
‍

Shoppers like Chen are often asked to return home with not only the latest fashions from Prada and Gucci, but with a host of drugs that are either less expensive or unavailable in China.

These medical tourism excursions highlight just how far thousands of patients or providers — will go for drug therapies and supplies that offer hope, and possible solutions to chronic conditions brought about by age and changing lifestyles.
‍

Nowhere is this trend more evident than in China, where patients pay some of the highest prices in the world for treatments and medicine, said Renée-Marie Stephano, President of the Medical Tourism Association, during the World Medical Tourism & Global Healthcare Congress Asia-Pacific 2015 last month, in Guilin, China.

Fast food, smoking and pollution are beginning to take their toll on Chinese populations and put tremendous stress on the government to find solutions, said Stephano, who just wrapped up a trade mission that connected multinational healthcare interests with companies inside China to address among other pressing issues the country’s aging population and to develop technologies for chronic ailments including heart disease and diabetes that could prolong and improve lives.

Until then, China's pharmaceutical market isn't expected to cease growing anytime soon. Already considered the second largest in the world — trailing only the United States drugs sales in China topped $157 billion last year, according to the research firm
‍Frost & Sullivan.

That lofty figure is fueled, in large part, by markups along the pharmaceutical supply chain and a country in the
grips of a cancer epidemic that the World Health Organization reports will grow by 3 million cases each year.
‍

Most Chinese rely on government insurance, but that has not prevented an affluent segment of the society from opting out of the public system and turning to medical tourism to access lifesaving treatments while potential blockbuster drugs meander through lengthy approval processes at home.

If an untimely sequence — too many patients and too few oncologists — weren't enough to convince Mei Q Gao to pursue medical tourism after undergoing a mastectomy in China, long lines at the pharmacy provided an exclamation point on her decision.

For the past year, the 58-year-old former accountant from Shanghai has chosen medical tourism as a means to undergo follow-up chemotherapy in the United States. One of the drugs she receives at the Seattle Cancer Care Alliance is Herceptin, the other, Perjeta, is not available in China.
‍

For many countries like China, the economic costs of cancer and the drugs used in their treatments can overwhelm even the most robust health systems and dig deeper into the pockets of desperate consumers.

In India, where a person dies from cancer every 50 seconds, the health ministry has sought inexpensive forms of Herceptin a gold standard therapy of Swiss drug manufacturer Roche Holdings AG from alternative suppliers to offset discrepancies in cost and value.

Herceptin, which has proven effective by targeting a certain protein produced in about 20 percent of breast tumors, isn't yet covered nationally by public health insurance in China. But, through a cost-sharing program with the government, Roche has been offering Herceptin at discounts that figure to quadruple the number of Chinese taking the drug and, at the same time, ward off competition from copycat versions attempting to enter the lucrative market.
‍

The World Health Organization reports that cancer claims approximately 2.2 million men and women across China each year. Zhu Guizhen says she was prepared to become a statistic as well. That was until she heard on the radio that she could buy Herceptin at a subsidized price and improve her chances of surviving breast cancer.
‍

For most other patients across the globe, price remains an obstacle in the path to effective treatments. Pharmaceutical manufacturers blame high prices on the cost of research and development that is needed to bring a drug to market; on average, 10 years and $2.6 billion. Critics, the other hand, say drug companies are just too greedy.
‍

Perception or not, Americans pay more for drugs relative to any other country. That dose of reality has struck some to order prescription drugs online or in the case of older Americans, to take medical tourism trips to Mexico, where, just across the border, hundreds of pharmacies sell prescribed medicines at great bargains.
‍

Without a national system to manage the price of drugs or control profits, Americans might feel somewhat short-changed. State-run health systems in China and other developed countries can exert greater purchasing power and bargain with drug companies to set price caps, demand proof of value and effectiveness and sometimes refuse to cover medicines deemed to worth the cost.
‍

Even with the Chinese government subsidy, Zhang Yanan, Zhus doctor at the Zhongda Hospital in Nanjing, says about 1 in 10 patients who would be eligible for Herceptin can't afford the cancer drug. Chemotherapy, along with the nausea and vomiting it induces, is their only economically viable option.
‍

No so for a Chinese woman named Li, who had made a medical tourism journey of sorts to Causeway Bay — Hong Kong's version of New York's Time Square to access a demand for cancer treatment she could not satisfy on the mainland.

Her cousin had been diagnosed with cancer. Standing on Nathan Road, she talked about life and death and the $2,500 — about 30 percent lower than in some parts of China — she had agreed to pay for the Herceptin. It was the least she could do, if not all she could do.