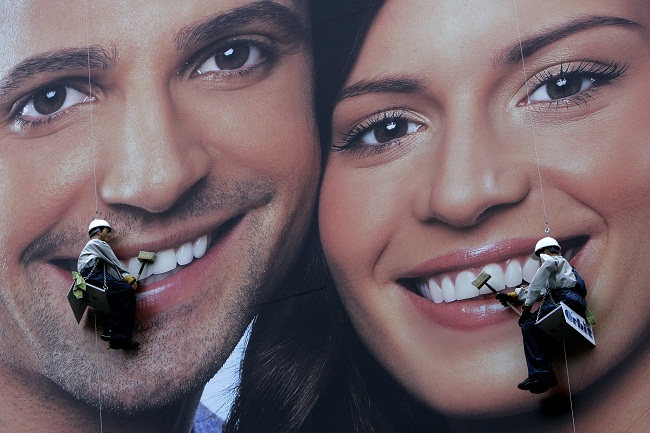 A trip to the dentist couldn't have been any less painful for Alcye Dolphin, who flashed a smile as she looked out across Rovinj, the postage stamp-sized harbor where visitors linger over expresso in the outdoor cafes that accent the hillside.
‍

I would do it again in a heartbeat, said the 64-year-old organist who had made two 10,000-mile roundtrips from Dubuque, Iowa, to a private dental clinic on Croatia's sunny Adriatic coastline for a medical tourism experience that included implants, prosthetics and more than $25,000 in savings. I've got a new smile and a vacation for me and my family for about half the price I'd pay back home.
‍

Zeljko Popadic, who, since 1997, has operated the dental clinic a five-minute walk from the fishing boats and yachts that wade in Rovinj harbor said international patients like Dolphin not only make up 40 percent of his cliental and 80 percent of his revenue, but they may help reverse the brain drain of skilled healthcare professionals leaving for other destinations in the European Union.
‍

About 500 doctors have so far asked Croatian governing bodies for papers needed to practice in the EU, where new cross-border directives allow for the free movement of labor and patients inside the bloc. Bulgaria, which joined the EU in 2007, lost some 400 physicians a year ago.
‍

Croatia and other nations in Eastern Europe are embracing medical tourism, said Renée-Marie Stephano, President of the Medical Tourism Association. This means policymakers have chosen to invest in efficient healthcare systems that will both influence foreign patients to visit countries in Eastern Europe hit hard by economic crisis and boost employment opportunities for local health workers, many of whom have been pushed to leave for better pay and conditions at private offerings in Germany, France, Spain and Italy.
‍

That's welcome news in Croatia, where there are 26 doctors for every 10,000 residents, according to the World Health Organization. Romania has the lowest physician density in the region, with 22.7, far below the EU average of 35. By contrast, Austria has 48.5 doctors per 10,000 residents.
‍

Stephano said part of any expenditure must include training the region's surgeons, dentists, nurses and other specialists in the protocols that heighten the medical tourism experience for patients.

To this end, Stephano said the Medical Tourism Association is offering education and training leading toward medical tourism certification at a workshop sponsored jointly with the Health Tourism Industry Conference, March 14, 2015, at Krapinske Toplice, in Croatia.
‍

Participants who complete the workshop will be eligible to take the Certified Medical Tourism Professional exam, which upon passage, communicates a specialized expertise and commitment to best practices recognized by healthcare providers,
insurance entities, government agencies and tourism and travel facilitators worldwide.
‍

Croatia, the newest member to the EU, is in the midst of a prolonged economic recession, with gross domestic product declining every quarter since the end of 2011. But, beginning next week, thousands of Croatia’s poorest citizens will benefit from an unusual gift: They will have their debts wiped out.

Dubbed “fresh start,” the government strategy is designed to assist some of the 317,000 Croatians whose bank accounts have been blocked due to their debts and, at the same time, boost consumer confidence and spending. Given that Croatia is a relatively small nation of only 4.4 million inhabitants, the number of indebted citizens is significant and has become a major economic burden for the Mediterranean country.
‍

The tide is turning, said Stephano. Croatia can obviously boast natural beauty a sunny Adriatic coastline and advanced technology in its hospitals and clinics. Investment toward training and planning, though, along with enhanced services so, essential to elevating medical tourism in the region is bringing the doctors and nurses back to not only Croatia, but all countries in Eastern Europe.
‍

When Otilia Florescu left for a better paying job in Italy seven years ago, she never thought she'd return home to Romania. Now the surgical assistant is coming home to rejoin her family in Romania without compromising financial gain to serve medical travel patients from the United States and parts of Western Europe.
‍

Over the years, I hadn't been happy with my teeth, said the Irishman, who had work on 18 teeth. They were starting to color and move in my mouth. They were crooked. I knew I needed the work done, but I wasn't going to pay 1,100 per tooth. It was a bit of a no-brainer. I couldn't fault the whole experience in Hungary and the services provided.
‍

After joining the EU almost two years ago, Croatia took the additional step to create a special cabinet post to oversee medical tourism, with another eye toward retaining healthcare workers. Miljenko Bura, the assistant health minister at the Institute for Tourism, believes such measures will boost Croatia's $8.8 billion in annual tourism revenue by 5 percent.
‍

The Croatian National Tourist Board has also launched a marketing campaign, Croatia 365, to strengthen brand awareness by focusing on local products and experiences during the country's pre- and post-tourism seasons.