Home
/
Everyone is Buzzing About a Zika Cure 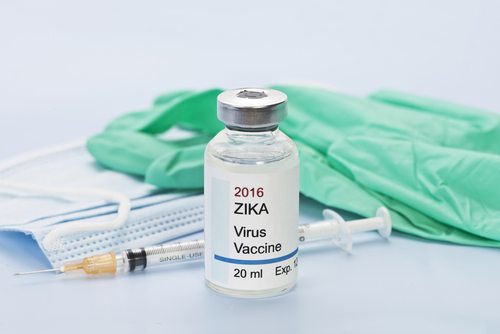 Everyone is Buzzing About a Zika Cure

The mosquito-borne Zika virus has become a global pandemic, affecting 61 countries worldwide and leaving various birth defects and neurological disorders in its wake. However, a team of researchers from Florida State University, John Hopkins University School of Medicine, and the National Institute of Health have recently identified three medications that may be effectively “repurposed” as a cure for Zika.
‍

Because finding a Zika cure through the development of an entirely new medication would be very labor-intensive and time-consuming, the team of researchers turned their attention to currently existing drugs that have been manufactured to treat other diseases, but that have unique properties that may also make them effective against Zika.

According to Hongjun Song, a team researcher from John Hopkins University School of Medicine, “It takes years, if not decades, to develop a new drug. In this sort of global health emergency, we don’t have that kind of time.”
‍

To avoid wasting valuable time and resources, the team of researchers dove headfirst into screening 6,000 current medications for a possible Zika cure. The team’s findings, which were published in a recent addition of Nature Medicine, identified three drugs already in existence that have the potential to become a viable cure for Zika.

The first drug, niclosamide, is currently approved by the U.S. Food and Drug Administration (FDA) for the treatment of parasitic worm infections in humans. The researchers’ findings showed niclosamide interfered with the replication of the Zika virus inside lab-grown human brain stem cells.
‍

The second drug that may also be a promising Zika cure is known only as PHA-690509, as it is still in the process of becoming FDA-approved for the treatment of cancer. As for curing Zika, PHA-690509 also demonstrated the ability to stop the virus from replicating inside brain cells.
‍

The third drug, emricasan, is currently being tested as a possible treatment for liver damage caused by Hepatitis C. During the researchers’ clinical trials, emricasan acted as a potential Zika cure by preventing the virus from killing brain stem cells.
‍

Both niclosamide and emricasan presented no adverse side effects and were well tolerated by humans during the drugs’ phase two clinical trials. However, more clinical trials are needed, as the concept of using these medications as a Zika cure is still in its infancy. It is not currently known if the medications will be effective individually or if they should be combined as a drug cocktail for the best results.
‍

The World Health Organization and the U.S. Centers for Disease Control and Prevention also noted that further research needs to be conducted in order to determine the risk associated with prescribing these medications to pregnant women.
‍