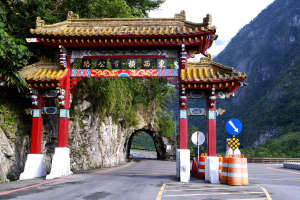 As the world economy struggles to get back on its feet, the government of Taiwan is working to fill the shoes of industrial transformation and national development with free trade zones. The Council for Economic Planning and Development identified high value-added agricultural processing, cross-border collaboration in strategic sectors, international medical care and smart logistics as avenues for business activity at facilities within the planned zones.

‍
This means medical tourism could get a bump if the government follows through on the tax-free zones, which would foster economic development, investment in healthcare infrastructure and international and international standards of excellence; establish world-class clusters of hospitals, life sciences and medical research and education; and serve patients locally, regionally and internationally.
‍

In the past half century, Taiwan underwent several rounds of trade liberalization that helped drive the country's economic growth, said Kuan Chung-ming, the minister for CEPD, the agency in charge of mapping out and implementing the FEZ initiative.

The core concepts behind the zones are globalization and trade liberalization, according to Kuan. The initiative will also bring Taiwan closer to global markets and help create conditions necessary for the country's participation in regional economic integration through such alliances as the Regional Comprehensive Economic Partnership and Trans-Pacific Partnership.

According to the Department of Health, Taiwan is poised to become an international medical tourism center given its leading medical technology, quality service and reasonable prices.
‍

DOH will focus efforts on implementing regulatory easing and other supporting measures to ratchet sector output up to NT$30 billion (US$1 billion) in five years while boosting other industries such as biomedical devices, insurance and tourism, a DOH official said.
‍

To attract foreign investment to the region, firms registered outside of Taiwan will be allowed to hold a maximum one-third stake in medical institutions operating in the FEZs. The official stressed that these facilities will be staffed primarily by local health professionals.
‍

These institutions cannot offer services under the national health insurance plan, but ROC citizens can use the services at their own expense, the official said.
‍

State support including tax incentives and streamlined procedures for immigration and land procurement will be offered to qualified individuals and companies operating in the zones.
‍

The CEPD initiative was green-lighted, April 26, by the Cabinet, which is in the process of organizing a task force headed by Vice Premier Mao Chi-kuo to review implementation of the project.
‍

All related agencies have been directed to prepare concrete action plans for developing the four designated business categories in the next two months. If everything goes as planned, the project will kick off in July.