Genomics Across the Globe: What it Means for Medical Tourism 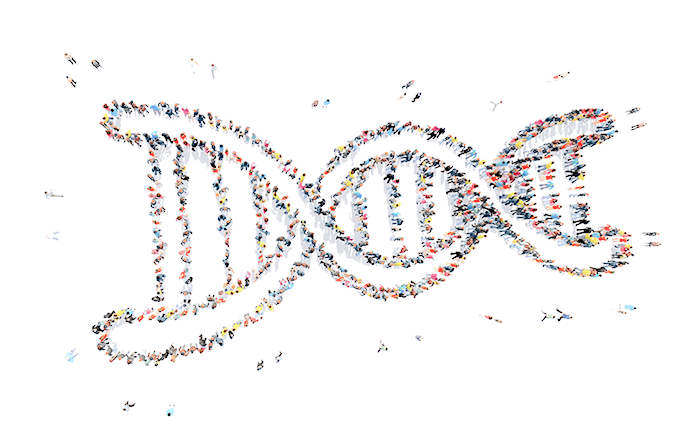 The National Human Genome Research Institute (NHGRI) defines genomics as “an emerging medical discipline that involves using genomic information about an individual as part of their clinical care (e.g. for diagnostic or therapeutic decision making) and the health outcomes and policy implications of that clinical use.”
‍

Genomic medicine has contributed enormously to medical science most notably in the fields of oncology, pharmacology, infectious disease, and in diagnosis and treatment of rare diseases.
‍

Genomics has provided highly advanced patient care at a much lower cost. In fact, genomics has paved a way for precision medicine, also called individualized medicine, whereby patients receive treatment and medicines that have been proven effective for them through genetic testing. This saves patients from spending huge amounts of money on unnecessary treatment and reduces their exposure to avoidable drug toxicity.
‍

The major drivers of medical tourism are affordability and quality of healthcare, and with greater access to affordable genetic testing on the horizon, there is going to be a boost in the medical tourism market in destinations where access to genomic medicine is affordable.
‍

No two human beings are the same genetically. Our genes are small units of DNA that encode a lot of unique information ranging from how we look – the color of our skin, our hair color – to even the most minute details of the various chemical processes in our cells.
‍

As a result of our genetic differences, treatment of a particular ailment with the same drug might yield different results for different people.
‍

Genomic medicine decodes these pieces of genetic information to determine the diseases an individual is susceptible to, drugs which will be effective for that individual, and the possible genetic abnormalities that result in a disease.
‍

Alexis and Noah Beery, for example, are a pair of twins in California that was misdiagnosed with cerebral palsy, but after DNA sequencing and other genetic studies, it was discovered that they both actually had a rare genetic condition called dopa-responsive dystonia (DRD) instead of cerebral palsy.
‍

Dopa-responsive dystonia is a genetic disorder characterized by insufficient amount of dopamine, a brain chemical that transmits nervous impulses in the brain. A lack of this “neurotransmitter” slows down the brain.
‍

Thanks to this discovery through genomics,  the appropriate treatment for the disease, which is a synthetic form of dopamine called levodopa, was determined and is being administered to both twins on a scheduled basis. Both twins are currently responding well to the treatment.
‍

Cancer and cardiovascular disease are the leading causes of death worldwide, and much of the financial burden on a patient is accounted for by ineffective drugs and the management of adverse effects from those drugs. With genomic medicine, these issues can be effectively eliminated.
‍

As genetic testing and clinical genomics have become more widely accepted, genomic medicine has become a matter of competition among different countries.
‍

Developed and developing countries alike are investing heavily in this novel field to boost their healthcare standards and their profitability in the medical tourism market.
‍

Precision medicine has experienced much more use in oncology as the incidence rates of cancer have been high worldwide. Genomic medicine in oncology not only provides effective individualized treatment but offers preventive measures based on an individual’s genetic makeup.
‍

According to the report of Global Buyer Survey 2016-2017 by the Medical Tourism Association, a large number of cancer patients are seeking treatment outside of their home countries.
‍

In the US, for example, cancer is a serious public health issue and is the second leading cause of death. For these patients, cancer not only brings significant morbidity – it is associated with a huge financial burden.
‍

Cancer treatment costs each patient up to $100,000 every year in the United States and this is much higher than in other developed countries with a similar GDP.
‍

The median cost for a patent-protected anti-cancer medication in the United States is about $8,700 compared to $2,700 in Australia and $2,600 in the UK. This cost variation, therefore, with these countries providing similar quality and standards of treatment in genomic medicine, will see patients leaving their respective home countries to countries with a much more affordable cost of genetic testing and treatment.
‍

Precision medicine in cancer treatment is currently dominated by the United States and Europe but there are other countries that are breaking new grounds in this field and gradually contributing significantly to the genomic medicine tourism market.
‍

In Asia, Japan dominates precision medicine market, while India and China have increased investments in biomedical technology and medical tourism. Mexico, South Africa, Russia, and Brazil are among the countries that show promise in genomic medicine.
‍

Hong Kong, according to China Daily, is on the verge of being one of the key market players and choice tourism destinations for affordable genomic medicine.
‍

Hong Kong has been funding a lot of research in genomic medicine, developing cutting-edge technology which may see the country ranked among the top medical tourism destinations for precision medicine.
‍

Another leading destination for medical tourism in Asia is Thailand. Thailand is one of strongest players in the medical tourism market in that part of Asia, having the highest number of JCI accredited hospitals in the Asia Pacific.
‍

Malaysia is another Asian country emerging with innovations and quality research in genomic medicine. In 2016, an International Symposium on Precision Medicine was organized by the Sunway University in Malaysia to assemble renowned biomedical scientists and experts in genomic medicine to discuss the future of genomic medicine in the country.
‍

In India, genetic testing centers have been established in over a dozen cities to build a solid international client base and provide advanced treatment to medical travelers from all over the world.
‍

Genomic medicine, although still in its nascent stage, has shown promise in ensuring effective diagnosis and treatment of many diseases, including the rare and hitherto untreatable diseases. Different countries have delved into this novel field, investing heavily in research and innovation to incorporate cutting-edge biomedical technology into patient care.
‍

For medical tourism, it is most logically presumed that the countries which can provide advanced and affordable treatment solutions to the enormous number of patients suffering from cancer and other genetic diseases will take the largest share of the market in personalized medicine.