By
David Audley
at 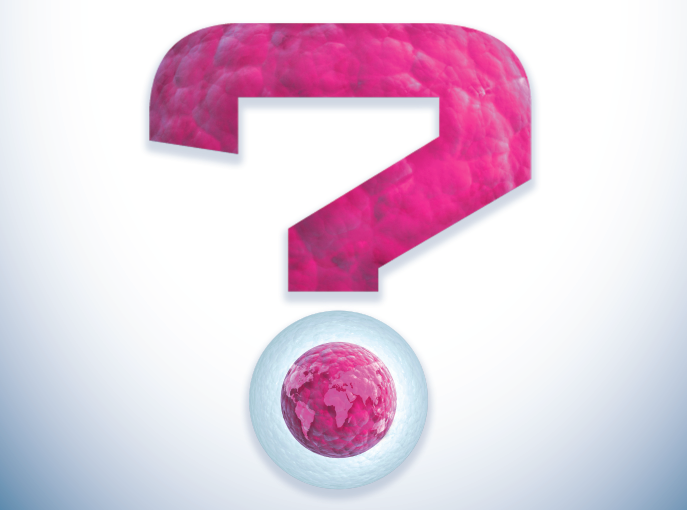 The size and scale of the stem cell global market has been an object of tremendous debate the last half-dozen years. Murky regulatory status of cell-based medicine has positioned this field to grow in relative obscurity and outside of the eye of mainstream media.

Indeed, there is even debate about the total number of operating clinics. Estimates range between 500 and several thousand, but exact numbers have been nearly impossible to ascertain. The reason is two-fold:

1.    There is no overall trade association to represent the field and collect data;
‍
2.    Stem cell clinics have historically been unwilling to participate in general market research.
‍

Whether this is due to the fact that they exist on the fringes of what is considered standards-of-care or because they have been unwilling to expose their “trade secrets,” the result is a market that is shrouded and lacking transparency.
‍

This reality, coupled with the growth of internet-based, direct-response marketing has created a toxic environment of misconception, mutual distrust and hostility within the stem cell global market.

Any search of the internet generates tens of thousands of results including various websites that offer miraculous cures, amazing accounts of patient outcomes — positive and negative — sensationalized media exposes and a host of dubiously “academic” blogs warning of the peril of unapproved therapies.

While this may sound entertaining, the media maelstrom does little to educate either the medical profession or the general population on the size, scope or even practices of the stem cell field.
‍

To date, neither stem cell proponents nor detractors have collected limited useful data. Additionally, data that has been accumulated is based on anecdotes and clouded by conjecture. With that in mind, RTA undertook a unique project to ascertain an independent and authoritative perspective on the  stem cell global market.
‍

Our approach, unlike earlier attempts that relied on internet searches to define market size, is based upon direct responses from the clinics and providers themselves. The methodology was simple: using an existing database of known stem cell clinics, RTA developed an 11-question survey, which was sent out via a third-party email system to more than 250 clinics.

In three weeks, RTA received 51 — roughly 20 percent — completed surveys.1 The goal was to collect critical data points, but not to force the providers into divulging any proprietary or uniquely identifiable information.

In essence, the aim was to make a survey that was safe to answer, but that still gave the information required to capture an accurate, firsthand global understanding.
‍

The first interest was to establish a geographic snapshot. We specifically defined the question as regional, versus country specific in order to provide some level of anonymity for the respondents. To the amazement of RTA, 43 percent of the responses were from North America, by far the largest single regional responder.

This was a surprise considering the aggressive stature of the U.S. Food and Drug Administration and the general opinion that stem cell therapies were not available in the United States. We believe that this high number is a direct result of the expansion of “in-office” and “same-day” processing of cells, which doctors argue is not in violation of federal law.
‍

Surprises went beyond North America. With nearly 8 percent in the Caribbean, and 10 percent in both Central and South America respectively, the survey shows that this region is the 2nd largest concentration of stem cell medicine globally.

Latin America and the Caribbean combined for close to 30 percent of the responses, and significantly outweighed Asia, which, by contrast, represented just below 15 percent of responses.
‍

The modest weight of the Asian influence might be seen as a surprise, due to the assumption that areas, such as China and Thailand, represent the new Wild West. Upon further examination, however, these lower numbers are the result of two simple factors: the survey was done in English, and the continued crackdown by the People’s Republic of China has had a tremendous impact on the Asian market size.
‍

As a case in point, Beike Biotechnology, the “The World’s Largest Stem Cell Provider” based in Shenzen, China, once had an estimated 20-plus clinics and hospitals operating in China alone. As  of a few years ago, Beike is believed to have drawn back to a handful of locations in China proper and had moved significant resources to Argentina.

RNL once had a handful of clinics in China and Japan before departing for Houston and Cancun, Mexico, to provide therapies as CellTex.
‍

Once a geographic layout of the field was established, RTA also wanted to move visibility into application of the cells on a condition-specific basis. The results provide further understanding of the evolution of the field.

Whereas five years ago, the field was dominated by macro-providers which promised treatment for everything from renal failure to Parkinson’s disease, the data shows a steady professionalization: the vast majority of providers, close to 70 percent, treat five conditions or less.

Clinics and physicians are starting to hone in on specific disease states and conditions, and trying to build a reputation and practice around an expertise. This movement addresses critical concerns that stem cell therapy was too broad in its application and that physicians, by virtue of treating multiple diseases, were working outside of their scope of expertise and certifications.
‍

The third critical data point collected was the number of patients treated monthly by clinics and providers. Through the survey, RTA showed that clinics are self-reporting the treatment of upward of 730 patients a month.

Using these numbers as a baseline, RTA extrapolated that if the respondents represent roughly 20 percent of the confirmed market, then the total patient population would be roughly 40,000 people treated world-wide annually.

However, even by conservative estimates, there are more than 250 clinics operating. Given the demand and growth of the field, well more than 100,000 patients are, arguably, treated annually.

‍
At the still relatively conservative estimate of 100,000 patients a year, RTA estimates the stem cell global market for medicine would range between $500 million to $1.2 billion.
‍

This figure is based upon data that shows that 15 percent of the therapies provided were priced at $5K or less, while nearly 55 percent of treatments fell between the ranges of $10K to $20K. With an average of roughly $12,000 per treatment, the cost per treatment is lower than what is generally assumed, and yet still high enough to require significant investment by the patient.
‍

The financial considerations, however, do not appear to be a limiting force in market expansion and acceptance. The data proves a significant patient demand, as well as a business opportunity to provide cell-based regenerative therapies.

As a case in point, 30 percent of high net worth people say they would consider leaving the United States for quality medical care. The issue is one of perceived safety.
‍

Our data shows that:
‍
1. Medical tourism patients are willing to travel to a desirable location (i.e., safe, tour- ism-appealing ) for an experimental treatment, such as stem cells, or
‍

2. Medical tourism patients are willing to travel to a less-desirable location for a standard- of-care treatment, such as hip-re- placement or dentistry.
‍

Clinics operating in such tourist centers as the Cayman Islands and the Bahamas are in a far better place to offer unproven treatments for diseases such as MS. Conversely, clinics are finding difficulty attracting patients to places such as Lima, Peru, Ecuador and even Mexico. This is not because of the actual quality of healthcare, but the perceived quality of the medical facilities and personnel.
‍

The reality is that continued growth of this field is dependent upon bridging this gap between these patient perceptions by evidencing both that these treatments are safe and that the physical locations where the therapies are administered can provide high quality healthcare.

The former can only be evidenced once clinics start to collect outcome data and publish their findings. The latter will happen once clinics embrace the need to meet certain international standards.
‍

David Audley served as founding executive director of ICMS, the first professional medical association dedicated to the development of standards and accreditation for medical facilities engaged in cell-based therapies.

Aside from serving as editor of the first set of compre hensive guidelines for the practice of cell-based medicine, Audley has taken a leadership role in drafting international standards and regulations for the Cayman Islands and the Bahamas, and has worked with regulators in Mexico, the Kingdom of Jordan and China to provide frame works for physicians.
‍

Audley is a well-known lecturer who has spoken widely on vary ing topics dealing with the trends in patient care, the importance of oversight for investigational therapies, the emergence of regenerative medicine and the global and regulatory issues associated with medical tourism.

He serves as CEO of GoodPartners, a global consultancy, and as chairman of the Regenerative Technology Alliance, a global trade association dedicated to advancing strict standards for the collection, processing and preservation of tissue and cellular components.
‍

1. There was no compensation provided to any participant. The RTA did, however, promise to provide raw data to participants so that they could get a sense of the field globally, and see how they compare and contrast. We believed that this self-evaluation process would help produce a more honest response in order for participants to benchmark themselves against their competitors.