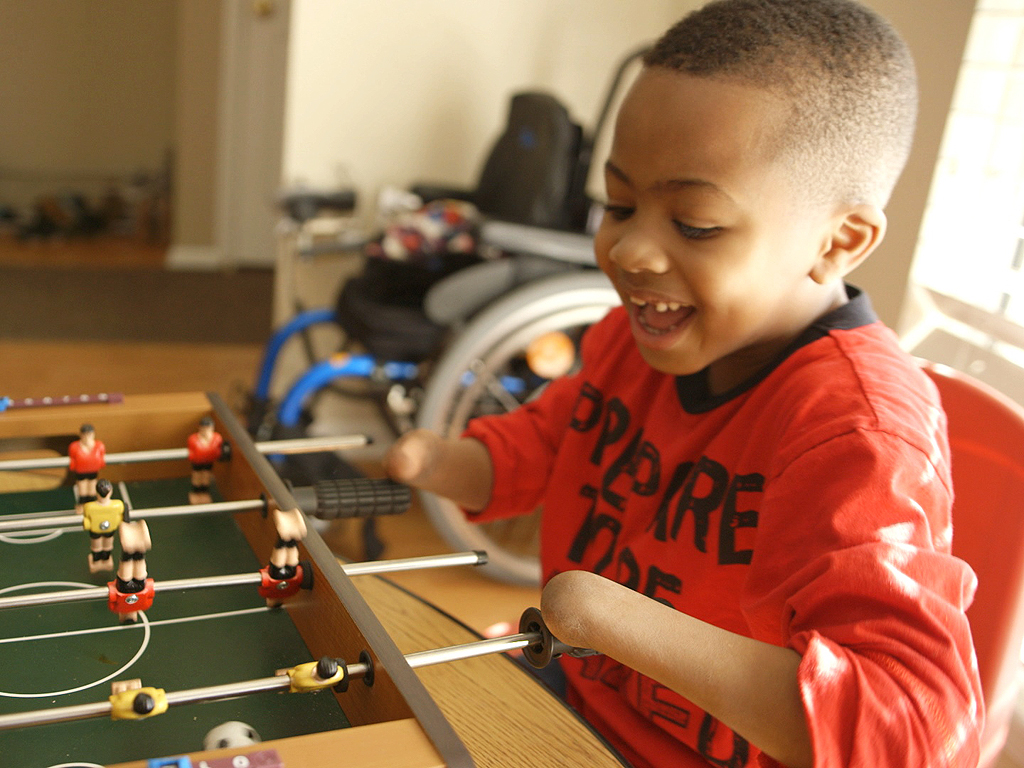 He wants to hold a puppy. He wants to lift his sister, too. Roughly a month into therapy and probably two years before he is capable of gaining full motion, Zion Harvey dreams that he has the whole world in his new hands.
‍

Doctors acknowledge the eight-year-old, whose fighting spirit gripped the word's attention a month ago after he underwent double-hand transplant surgery at Children's Hospital of Philadelphia the first child to do so — is making exceptional progress, yet still faces a lifetime of uncertainty including a chance that his body will reject its new parts.
‍

In the case of a hand transplant, the problem will manifest as rejection of the transplant hand, Dr. W.P. Lee, M.D., chairman of Plastic and Reconstructive Surgery at Johns Hopkins University, told ABC News. If the rejection is mild, it can be treated with medication. If it is severe or if it happens repeatedly, then it becomes more and more difficult to treat.
‍

Dr. Lee — a speaker at the 8th World Medical Tourism & Global Healthcare Congress, Sept. 27-30, 2015, in Orlando, Fla. knows from experience. While working at the University of Pittsburgh Medical Center, in 2009, Lee orchestrated the nation's first double-hand transplant and, a few years later, the first above-elbow transplant as well as a means of using minimal anti-rejection drugs for these procedures known now as the Pittsburgh Protocol.
‍

Along with the support of plastic surgeons across the United States, Dr. Lee hopes to perform more transplants using his new minimal immune suppression approach and possibly attract medical tourism patients whose dreams have yet to be fulfilled.
‍

More than 32 patients have received hand transplants at healthcare facilities around the world and positive outcomes a U.S. recipient has survived 10 years since his operation — have begun to confirm their success, said Renée-Marie Stephano, President of the Medical Tourism Association.
‍

Super doctors like Dr. Lee are first and foremost, safe doctors, she said. The complexity of new specialty procedures demands much more than their medical expertise, alone. Without the seamless coordination of doctors, patients, agencies and logistical support, the people who dream of a life-changing changing transplant might never get to experience what one day is like with fingers on both hands.
‍

Demand for double-hand transplants is gaining momentum on the international stage and encouraging patients like Abdul Rahim, who lost both his hands three years ago while defusing mines with the Afghanistan Border Security Force, to seek medical tourism options that may help retrieve their grips.

After futile attempts in Germany, India and the United States, Rahim settled on the Amrita Institute of Medical Sciences in Kerala, where his transplant was successfully performed earlier this year. Rahim can now write, drink a glass of water on his own and dial numbers on his mobile phone without having yet experienced acute rejection or blocked blood vessels.
‍

Minimizing anti-rejection drugs is important because they have side effects and raise the risk of cancer over the long-term. Those risks have somewhat limited the willingness of surgeons and patients to do more hand, arm and even face transplants. Unlike a life-saving heart or liver transplant, limb transplants are aimed at improving quality of life, not extending it.
‍

“I hated not having arms,” said Brendan Marrocco, who lost all four limbs to a roadside bomb in the Iraq war. “I was all right with not having legs. Not having arms takes so much away from you. Even your personality — you talk with your hands. You do everything with your hands, basically. And when you don't have that you're kind of lost for a while.”
‍

Dr. Lee led the 16-surgeon team at Hopkins that attached two cadaver arms to Marrocco during a 13-hour operation, in 2013. The 26-year-old's remaining nerves, muscles, bones, blood vessels and tendons in his upper arms were intricately connected to the donor arms. Ever so slowly, the nerves gained life into the arm. In time, the soldier — the first to survive the loss of all four limbs — will be able to more and more move his limbs as if they were always his own albeit less than 100 percent functional.
‍

Prosthetics for arms and hands are not as advanced as those for feet and legs, just yet. Dr. Lee said the slow growth of nerves remains a prohibitive factor in recovery, but, often, not quite as critical as determination and vigilance.
‍

Just the chance to reach out, open the door and greet a visitor without concealing his disfigured fist is enough motivation right now for Kevin Lopez, a 20-year-old who is waiting to have his hand surgically transplanted by Dr. Lee with another person's body part.
‍

It something I always wanted to do, he told NPR. I was born like this. I don't have any fingers.
‍

If and when Lopez undergoes a transplant, he could be the first to receive a new hand because of a birth defect. There are still risks and transitions for Lopez to consider, but, according to Dr. Lee, his patient is aware of them following intense physical, emotional and psychological screening, testing and counseling.
‍

There are always risks to any surgery, but the small risks can be justified, based on the benefits Kevin will have from having an entirely normal hand with digits that move independently with feeling that goes all the way to the fingertips, said Lee.
‍

And that could mean more than the physical blessings that most people take for granted. Since the tender age of 2, when doctors amputated both his hands and feet to compromise a severe infection, Zion Harvey has been rewarded with a maturity that is way beyond his 8 years. Even so, his mother, Patti Ray, said she thought hard about whether her son should have the surgery. The same infection that claimed his limbs required him to have a kidney transplant when he was 4 years old.
‍

Now, the boy from the suburbs of Baltimore, who said he didn't know what a child's hand looked like, most certainly does.
‍

“I’m the same person who I still used to be, Zion Harvey said, assuredly. But, with some cool new hands.”