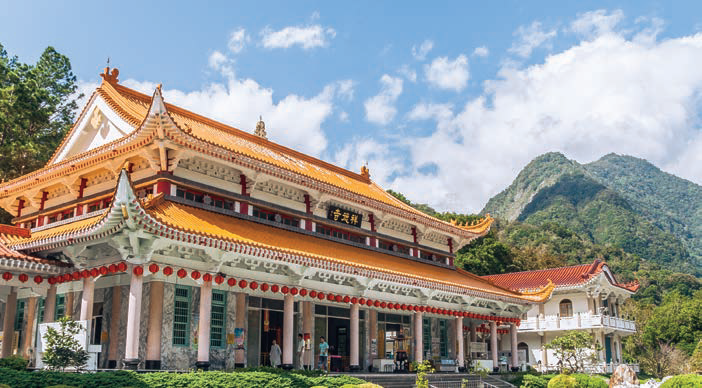 Greetings and welcome from Taipei and World Medical Tourism Congress Taiwan 2014. We are excited and honored to have you join us.

Rest assured, you are not alone – just look around. Perhaps, look even further beyond the walls of this Congress, and what do you see? Perhaps, you will notice more than 8 million visitors who have come from all corners of the world to visit Taiwan in the past year? That’s a 215 percent increase – or 1 million annually from 2007 — in the number of people who have sampled this island’s beautiful scenery, delicious fare and warm and friendly atmosphere.
‍

Taiwan is the place to be. In the next few years, more travelers are expected to find out what people here already know. The Tourism Bureau reports that 634 new hotels have opened in the past six years – and 319 more are scheduled to open in the next three years. Let me do the math for you – it means a new hotel is opening in Taiwan every three days.
‍

Obviously, Taiwan is not resting on its majestic heritage. In the past five years, 1,170 existing hotels have been renovated – an investment that is expected to reach NT$300.6 billion.
‍

That’s good news because Taiwan already has quite an international following to accommodate, one made up of people who want to taste the vibrant night markets, view the largest collection of Chinese artifacts and art in the world, or check out a belly full of themed restaurants.
‍

But today, seeing Taiwan has taken on added meaning, defined by the international patients who are taking advantage of the strengths of a medical care system that boasts quality, inexpensive prices and hospitable service. We call this medical tourism. Last year, Taiwan hosted more than 200,000 foreign travelers who sought medical tourism treatments within its borders.
‍

Top-notch medical care that is not only readily accessible, but affordable is something we can all relate to and value. But, make no mistake: medical tourism in Taiwan is big business. This year alone, Taiwan’s medical tourism industry is expected to pump NT$13 billion into the national coffers.
‍

Economically, this industrious island has little to prove, but Taiwanese people have a reputation for being a proud and determined bunch. So, it stands to reason that the Taiwanese have focused their eyes on increasing the number of foreign medical tourists to their homeland.
‍

The establishment of Health Liaison Centers at four international airports and one in Taoyuan County is an historic first step in this direction, one that will eventually open free trade districts for foreign investors and lead toward achieving the goal of 8 million overseas visitors by the end of this year.
‍

Taiwan certainly has its advantages and is further positioning itself as a major player in medical tourism. The island is strategically located between the United States and Southeast Asia – that’s only a 12-hour flight from California – and its hospitals and clinics can accept visitors on much shorter notice than its counterparts in North America.
‍

Taiwan also boasts an excellent educational system that produces valuable and resourceful scientists, sound and respected doctors and insightful medical researchers who go on to serve at 14 hospitals, each accredited by the Joint Commission International for the quality of care they offer.
‍

This distinction has not gone unnoticed. Several renowned foreign institutions are seeking partnerships with their contemporaries in Taiwan under the government’s Free Economic Pilot Zone initiative including the University of Southern California in the United States, which is collaborating with National Tsing-Hua University and Taipei Medical University to offer degree courses in biomedicine.

These opportunities compliment the high percentage of local doctors who have gone overseas for specialized training and return to Taiwan with advanced medical education and – perhaps just as importantly – speaking very good English.
‍

Medical tourism is one of the fastest growing – and lucrative — sectors in the travel industry. In Asia, medical travelers are moving about at an increase of 20-30 percent each year, and far ahead of the region’s overall travel streams. And although many of these patients come from countries like the United States where surgical costs continue to rise, a good portion originate from nearby — China, Vietnam and Indonesia.
‍

Apparently, the secret is out. Naturally, Taiwan faces competition that should remain steady and stiff. Until recently, Chinese patients were traveling primarily to Korea or Japan for medical care – 100,000 a year to South Korea alone.

But, thanks, in part, to remarkable success rates and a common language, more than 50,000 patients have traveled to Taiwan already this year for procedures and treatments ranging from medical checkups and cosmetic surgery to organ transplants and hip and knee replacements.
‍

My goal, as president of the Medical Tourism Association®, is to grow the industry and serve our international members. In other words, I, along with our partners – the Global Benefits Association, the Ministry of Health and Welfare and the Taiwan External Trade Development Council that have joined with us to bring World Medical Tourism Congress Taiwan 2014 to fruition — are here to celebrate our achievements and share our mutual progress as a vibrant and valuable niche industry with you.
‍

I invite you to tour the exhibits and meet with our guests. Perhaps you will learn what might have been considered science fiction yesterday is now reality today. You will hear from one of our speakers – Scott Hollister, a professor at the University of Michigan — who will address the fascinating concept behind using 3-D printing techniques for the mass production of medical devices including replacement body parts and organs.
‍

Hollister is using the printing technology to create a medical device that melts particles of plastic dust with a laser. He has already built a jawbone for a patient in Italy and is helping a baby with a condition called, tracheomalacia, which leaves the child’s trachea so weak that the littlest thing can make it collapse and cut off the ability to breath.
‍

Hollister would be the first to tell you that, thanks to his 3-D printer which enabled the design and construction of a “splint” to fit around the weakest parts of the toddler’s windpipe, the 18-month-old child is recovering from surgery, getting stronger and stronger and needing less help breathing. His parents are ecstatic.
‍

Sound far-fetched? Quite contrary, techniques like this and that of others are within our reach and about to revolutionize the way we look – quite literally – at the way healthcare providersmanufacture, distribute and modify medical and dental devices.
‍

Three-D biomedical printing is a hot topic that has not only captured the imagination of the world, but industry delegates in attendance and the Taiwan Ministry of Science and Technology, which has launched a three-year NT$70 million program to cultivate this promising technology, as well.
‍

These are exciting times in medical tourism. Imagine. We are talking about taking dust and converting it into body parts to save the life of a child. But, let’s not stop dreaming there. I invite you to listen to the other speakers, rub elbows with the industry experts from all over the world. Open your eyes and ears and see and hear for yourself — right here at World Medical Tourism Congress Taiwan 2014. Things that we were never able to do before – you will find — are quite possible today. Seeing is believing.
‍

Renée-Marie Stephano is the President and Co-founder of the Medical Tourism Association® and editor-in-chief of Medical Tourism Magazine® and the Health and Wellness Destination Guide series of books. Ms. Stephano has authored several books from “Developing International Patient Centers, Best Practices in Facilitation,” to “Medical Tourism for Insurers and Employers,” and the most recent, “Engaging Wellness.”

Ms. Stephano is a former attorney and specializes in working with governments and hospitals to develop sustainable medical tourism/international patient programs and strategies including the development of healthcare clusters, and international patient departments on long-term plans.

She has helped assess the feasibility and opportunities of international programs for both the United States and international hospitals, cities and countries to foster international expansion, clinical development and affiliations and partnerships. She also consults governments in the development of sustainable medical tourism zones and free healthcare zones.

Ms. Stephano is a keynote speaker at international conferences and has spoken at hundreds of events and has been featured and mentioned in media publications around the world.