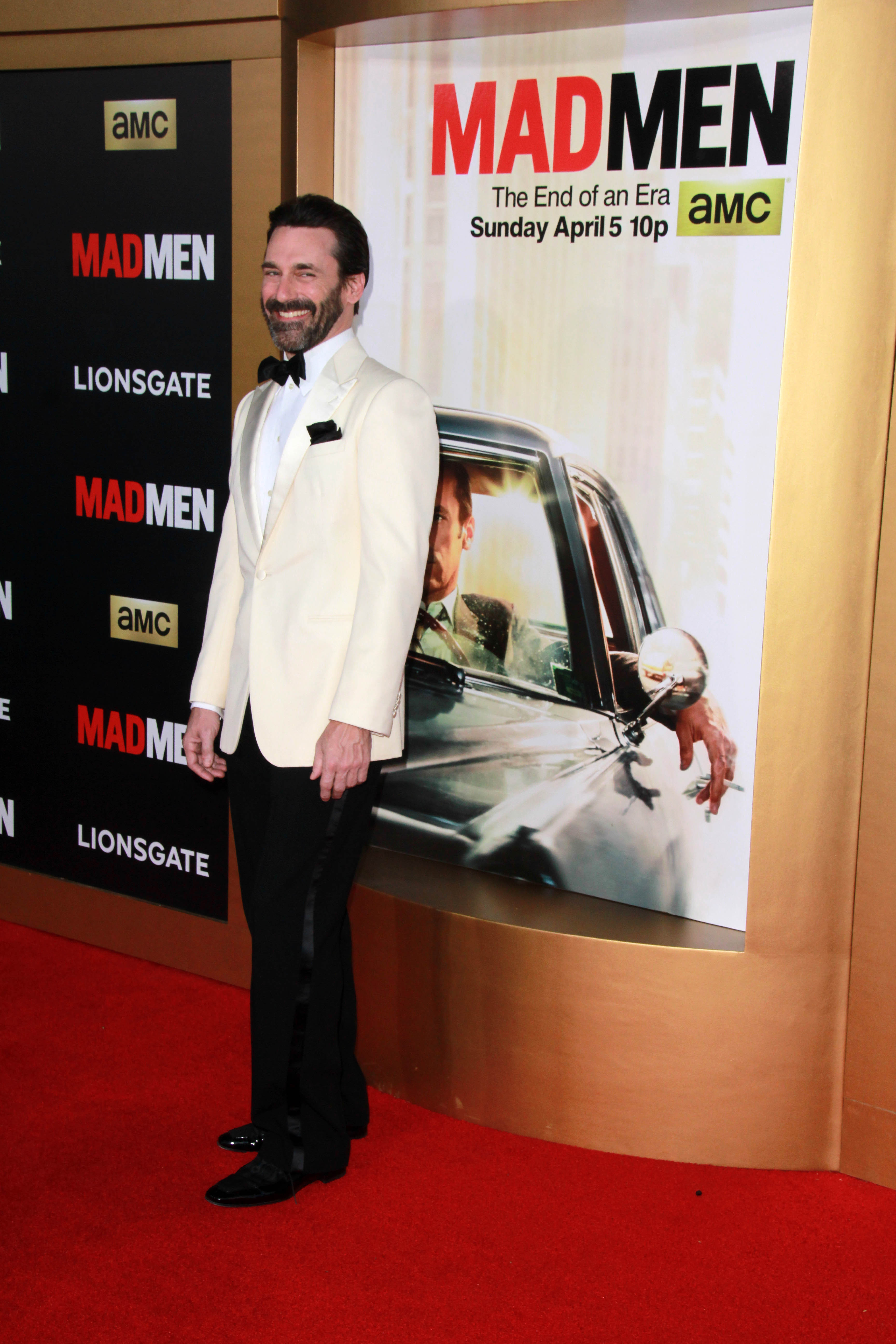 After a long struggle to make it big in Hollywood, actor Jon Hamm gained fame for portraying a womanizing alcoholic on the landmark AMC series Mad Men. The repeat Emmy Award-nominee was released late last month after a 30-day stay at a rehabilitation center where he sought treatment for alcohol addiction.
‍

A surreal reminder of life imitating art for the award-winning show, which concludes its final season after an eight-year run or, perhaps, more apropos for Hamm and the scores of others like him who struggle with substance abuse and seek treatment, an all-to-real matter of life and death.
‍
‍

Rehabilitation facilities including Silver Hill Hospital, in New Canaan, Conn., where Hamm concluded treatment — that target the high-end demographics of substance abuse have become a profitable enterprise in the United States and an enticing proposition for medical tourism operatives both domestically and internationally.
‍
‍

A one-month stay at a private inpatient treatment facility can cost upward of $100,000. But despite the discriminating sticker price, the demand for care, especially from addicts who are capable of reaching deep into their pockets and pay to kick their drug and alcohol habits, is growing.

By the end of this year, Spectrum Health Systems, Inc., a Massachusetts-based addiction services provider will open a residential treatment facility in Worcester to help people who want to escape a life of drugs and alcohol and are willing to pay $500 a day to do so.
‍
‍

Substance abuse touches everyone those who abuse and those who don't, she said. Choosing to seek help is a highly personalized decision, but an important first step that typically includes detox, rehab and counseling.

Stephano said the Affordable Care Act has expanded access to treatment services for the estimated 24.6 million Americans suffering from substance abuse. All insurers, including Medicaid, are required to cover the treatment of drug and alcohol addiction. In the past, private insurance either didn't pay for treatments or paid so little that most people could not afford to make up the difference.
‍

In Florida, which will host the 8th World Medical Tourism & Global Healthcare Congress, Sept. 27-30, 2015, in Orlando, lawmakers have proposed major overhauls that would change the way programs are administered, services coordinated with primary healthcare, and increase Medicaid funding for treatment.

Stephano said the hope is that more effective treatments and delivery systems will make public services more accountable to the taxpayers who fund them.
‍

Drug, alcohol and addiction services in the United States make up a $35 billion industry with no signs of flat-lining. The United States is already home to more than 14,000 treatment facilities both nonprofit and for-profit — many of which are regularly filled
to capacity with some 2.5 million patients each year.
‍

No one wants to wait for any type of care, especially people who need help with drug and alcohol addiction, said Stephano. And employers don't want to their greatest assets their employees to have to wait for treatment, either.
‍

According to the Substance Abuse and Mental Health Services Administration, an estimated 75 percent of adults who admit to current illicit drug use — at least once per month — are actively employed either full-time or part-time. To squelch any potential threats to workplace productivity and absenteeism, many U.S. employers are investing in disease management under the guise of corporate wellness to address employees abusing alcohol, drugs or both. Those that do, often find a high return on their investment.
‍

However, the National Survey on Drug Use and Health reports that only 11 percent of the millions who abuse drugs and alcohol receive treatment compared to 80 percent for other diseases, such as diabetes and hypertension. Part of the reason for the lack of treatment has always been an inability to pay.
‍

The same cannot be said with regard to the fiercely competitive upscale market, in which high rollers and CEOs can afford treatment at facilities that more resemble vacation resorts rather than hospitals. The demand for these facilities has attracted such for-profit notables as Bain Capital, a Boston-based private equity firm, and Tennessee-based American Addiction Centers Inc., which launched a successful public stock offering last year and, subsequently, acquired the operating assets of
Sunrise House Foundation, Inc., a New Jersey nonprofit corporation with an existing 110-bed, 87,000 square-foot substance
abuse treatment center in Lafayette, N.J., for $6.6 million in cash and the assumption of up to $0.5 million of certain liabilities.
‍

The scope for each of these private endeavors is squarely focused: transform patients into different individuals from when they checked in and, at the same time, elevate the corporate bottom line. Patients who will soon begin arriving at the renovated McLean Borden Cottage will pay $50,000 to $60,000 for a month-long stay.

What's good for the patients is also of value to the local economy. The MacLean Center, which will employ a staff of 35, has also contracted out to a dozen additional area professionals including dieticians, personal trainers, massage therapists, and yoga, art and music instructors.
‍

Further down the east coast, Seaside Palm Beach was established along similar lines. Based on a belief that patients should not have to sacrifice their standard of living while undergoing treatment, the South Florida rehab treats patients in an atmosphere with amenities that rival any high-end resort destination.

Turn on the television. There's a good chance a flashy commercial will support these virtues from ocean views to equine therapy that standout from the underpinnings of a luxury detox and wellness service for top-shelf executives and baby boomers.
‍

By contrast, the Betty Ford Clinic, perhaps the most recognizable name in the substance abuse treatment industry, has never sought to sugarcoat the difficult work of recovery or pamper patients. In the course of three decades, the clinic had boasted a Who's Who among the 100,000 alcoholics and addicts namely, Ozzy Osbourne, Chevy Chase, Elizabeth Taylor, Billy Joel, Drew Barrymore and Johnny Cash — who
walked through its doors in Rancho Mirage, Calif.

But, the evolving industry and challenges from luxury competitors took their toll,
prompting the famed facility in the desert to undergo a rehab of its own and consolidate last year with Minnesota nonprofit Hazelden
in order to remain relevant.

From Tucson to Thailand, medical tourism both domestic and international — has become part of the journey toward freedom from the devastating effects of drugs and alcohol. Stephano said recovery facilities can now be found in most of the United States, and that industry growth worldwide is a natural response to the demand for more options.
‍

Americans who have become accustomed to traveling overseas for medical tourism procedures are now incorporating substance abuse treatment facilities into their conversations, she said. Looking at options across state lines and in foreign countries and deciding to travel may make sense depending on treatment services offered, amenities and, most importantly, the training and experience of staff.
‍

In 1998, recovering addict and rock legend Eric Clapton had a vision that quickly surfaced into reality. At the Crossroads Centre, the nonprofit substance abuse treatment facility he co-founded in Antiqua, the cost of a 30-day residential program is $28,500.

Fees include on-site detoxification; in-house medical services; all assessment and other therapeutic procedures; and complementary therapies, such as massage, auricular acupuncture, fitness instruction; continuing care planning and family program participation in a beautiful healing environment both inside and out just 17 degrees north of the equator.
‍

Patients to Antigua hail from the United Kingdom and across Europe, Canada, and the Caribbean. But, about 75 percent are from the United States. Crossroads even accepts a limited number of U.S. insurance plans.
‍

Scott Disick, in all likelihood, was hardly worried about insurance when, in March, he checked into a Costa Rica rehab, one day after a new season of Keeping Up with the Kardashians had premiered.

The 31-year-old reality television celebrity and father to three children with Kourtney Kardashian intended to take full advantage of iboga treatments, a fitness center, five-star restaurant, full-service spa with mud bath, and many other boutique amenities at the lavish Rythmia Life Advancement Center. But, after less than a week at the posh facility in Guanacaste, Disick was spotted in Las Vegas partying up. He vows a return to treatment.