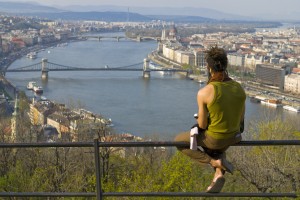 Hungary is dressing up for medical tourism and a training and certification program tailored for doctors, hospital staff, patient specialists and health and wellness marketing professionals will help them look the part — Saturday, June 20, 2015, 9 a.m.-6 p.m., in Budapest. To register for the Medical Tourism Association workshop, which will put on display the business and development tools needed to compete in the health and wellness industry.
‍

Hungarians and expats have become increasingly dependent on private healthcare clinics and hospitals for treatment, she said. Until government reform can right the ship and develop specific plans to eliminate debt, wait-times and expensive interventions, building trust in diagnostic and therapeutic care and promoting that confidence in an online world will be imperative of any healthcare provider in the private sector and make training and certification that much more essential.
‍

Stephano said participants who complete the workshop will be eligible to take the Certified Medical Tourism Professional exam, which upon passage, communicates a specialized expertise and commitment to best practices recognized by healthcare providers,
insurance entities, government agencies and tourism and travel facilitators worldwide.
‍

Hungary has long been considered a thriving destination for dental treatments, plastic surgery and ophthalmology. Coupled with the region's propensity to attract health and wellness seekers to Hungary's historic Turkish baths and thermal spas and a European Directive opening cross-borders to healthcare, investing in both medical tourism education and training makes sense to kos Farkas, CEO of MTA Hungary — the Medical Tourism Association chapter established earlier this year.
‍

Among the worst-hit nations in Europe following the economic crisis that started almost a decade ago, Hungary is slowly rebounding. The economy expanded by 3.6 percent last year, thanks, in part to the tourism sector, which, the Ministry of Foreign Affairs reports has emerged from the crisis.
‍

Since 2012, government subsidies in new and efficient clinics worth $76 million helped attract some 2 million foreign visitors to Hungary for health services last year. The European Commission has earmarked another 160 million for expansion and modernization to lure even more medical tourism patients for procedures that aren't covered by insurance.
‍

A greater hope is that that with these additional patients to care for — mostly from Austria and Germany, but also from the Netherlands and neighboring Slovakia, Poland and the Czech Republic — the migration of health professionals to more
prosperous practices in the west will be thwarted.
‍

For its part, the government's restructuring of the public healthcare system includes consolidation of facilities aimed at eliminating hospital debt, wage hikes for 95,000 medical employees, and further increases next year targeted for 43,000 nurses and 18,000 doctors.
‍

Until these measures reap fruition, almost half of Hungary's population between the ages of 25-55 will most likely seek specialized treatment in private healthcare facilities, up from 36 percent in 2012, according to Union Insurance. At FirstMed, a private clinic opened in 1999 where Hungarians make up just one percent of the patients, 75 percent of all business is generated from expatriates.
‍

The number one goal of the Duna Medical Center — when the hospital opens its doors sometime in 2016 in Budapest will be to provide the people of Hungary with top care, but also to play a lead role in medical tourism — from cardiac surgery and obstetrics and neurology. Success is contingent upon innovation, research and training, the masterminds of the project contend.
‍

We dreamed big, said Joseph Priel, president of Euromedic Group, a partner in the Duna Medical Center. We have placed the bar high.