Hurricane Matthew and the Spread of Zika: A Likely Combination 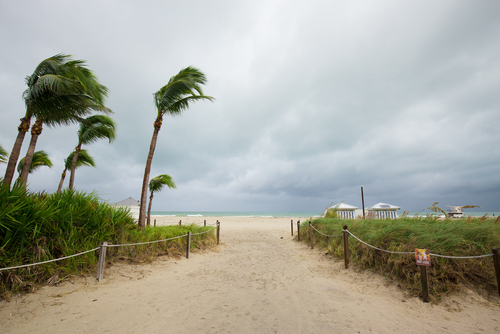 While the threat of treacherous weather has passed devastation caused by the hurricane may still be in the forecast. According to officials from the Centers for Disease Control and Prevention (CDC) the aftermath of the storm created an environment that is highly favorable for the spread of Zika.

Zika a virus spread by the Aedes aegypti mosquito is currently a global health crisis affecting many countries in Central and South America Asia Mexico and the southeastern tip of Florida. Now the mass amount of flooding caused by Hurricane Matthew means coastal U.S. states other than Florida could see an infiltration of the potentially deadly virus.

As the [flood] waters recede it could leave residual reservoirs of water in human-made containers that could breed Aedes aegypti said Peter Hotez Founding Dean of the National School of Tropical Medicine at Baylor College in Houston Texas. A rise in mosquito-borne illnesses following a tropical storm is not uncommon according to the CDC.

After Hurricane Katrina in 2005 cases of West Nile virus spiked throughout Louisiana. West Nile is transmitted through mosquito bites and can cause permanent neurological damage. In addition to standing water Hurricane Matthew also created another condition that is highly favorable for the spread of Zika increased exposure.

Many residents affected by the storm have been forced to spend more time outside either due to structural damage to their homes evacuation efforts or to remove debris from their yards. Longstanding power outages have also left residents exposed to the elements as opened doors and windows are the only way some hurricane victims can get relief from the heat and humidity.

Unfortunately such exposure means individuals are more susceptible to mosquito bites and consequently the spread of Zika. Researchers around the world continue to work on methods and treatments to help stop the spread of Zika including aerial spraying quarantines medications vaccines and even drones filled with genetically modifies mosquitoes.

For now though health officials are urging those affected by Hurricane Matthew to eliminate any standing water on their property. Due diligence is required however as mosquitoes can breed in even the tiniest drop of rain.

Every little object that blows off a house or even a chair flipped over on a porch becomes a container for mosquitoes to breed" said Philip Stoddard a biology professor at Florida International University. It is also recommended that victims of Hurricane Matthew apply mosquito repellent every time they open doors windows or go outside even in the day time.