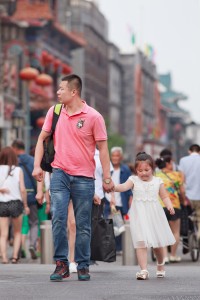 Before U.S. companies and international entrepreneurs think about tapping into lucrative Chinese healthcare markets, they may want to do as the locals do and get a second opinion. At least that's the idea behind the launch of an online platform that will, by the end of this year, connect Chinese healthcare consumers with hospitals or medical institutions in the United States.
‍

The Citizen Health Platform of Shenzhen a service offered by the local government in the southern province of China — will allow Chinese healthcare consumers to download their medical records and, within two weeks, receive a diagnostic report from any of the network's four providers United Healthcare, Mayo Clinic, UCSF Medical Center and Memorial Sloan Kettering Cancer Center concerning their conditions.
‍

Renée-Marie Stephano, President of the Medical Tourism Association, said the platform, a Hong Kong-based collaboration between the Institute of Cell and Molecular Medicine and Good Health System Group, will further encourage Chinese with disposable income to seek follow-up treatments overseas and create a steady stream of medical tourism patients to doctors and hospitals in the United States.
‍

Medical tourism has become an option for Chinese patients who want the best care available and who can afford to pay for top doctors, she said. Their numbers keep rising, especially those who are seeking better medical care for their children or those patients in need of cancer and cardiovascular treatments. Other Chinese patients travel oversees in search of advanced pharmaceuticals that bureaucratic red tape has delayed their sale at home in China.
‍

U.S. companies sense the growth potential, but must first understand an array of regulatory requirements that prohibit bilateral cooperation. Stephano said these discussions as well as investments that include opportunities in mhealth, medical equipment, specialized treatments, telemedicine and wearable devices have the potential to connect business leaders from the West with their counterparts in the Far East at the World Medical Tourism & Global Healthcare Congress Asia-Pacific 2015 Nov. 14-16, 2015, in Guilin, China.

Tailored medical tourism is already a boon to purchasers of healthcare who introduce mainland patients in China to foreign hospitals and clinics. Although medical services in China are relatively inexpensive, patients have voiced dissatisfaction about waiting long periods for specialized treatments. No higher is the demand for cancer. According to the Cancer Institute and Hospital, in Beijing, the five-year survival rate for cancer is 30 percent, half that of patients in the United States.
‍

Raising the standard of care should not be limited by borders, said Stephano. The first step toward lifting roadblocks is collaboration. Direct-to-patient services, such as video or phone consultations, can bridge gaps between U.S. healthcare providers and cities in China where large segments of patients are not aware of medical tourism services available to them overseas.

Most doctors in China are not opposed to their patients seeking care abroad and often refer them to hospitals, such as MD Anderson in Houston or Massachusetts General in Boston, which is receiving 10 times as many patients as a half decade ago. That's because hospitals in China, especially in cities like Beijing where an estimated 700,000 flock to the capital each day for care, are overburdened.
‍

Gu Yunyi, a marketing manager with Ryavo Healthcare which facilitates medical care overseas for Chinese patients, said doctors in China can see up to 100 patients a day; leaving them with but a few minutes to diagnose and offer treatments.
‍

Most companies connecting patients to medical tourism treatments overseas translate medical records, assist with visa applications, and arrange for airport pickups, and accommodations for patients and accompanying friends or family. A good deal of the patients must travel across continents for complicated surgeries, but not all.
‍

Over the course of nine years, Yang Lei had made numerous trips from her home in Inner Mongolia to some of the best hospitals in Beijing, Shanghai and Guangzhou in search of treatment for her daughter, who is battling epilepsy. With each trip, doctors told her there was nothing that treatment could do.
‍

That was until earlier this year, when a medical tourism facilitator informed Yang Lei about advanced treatments available in Japan. Following at trip to the National Centre of Neurology and Psychiatry in Tokyo, Yang Leis daughter is under medication. The seizures are somewhat under control and she and her daughter plan to return to Japan for surgery later this year.
‍