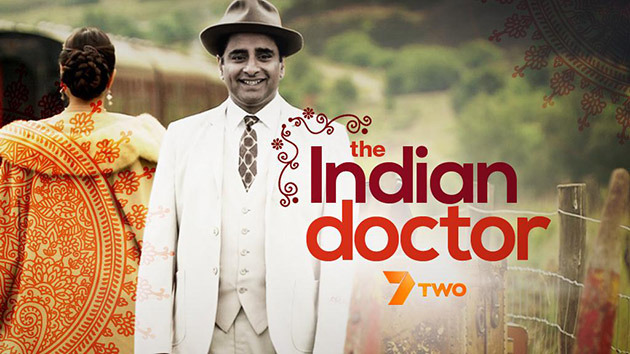 A sleepy Welsh mining village is forever changed by the arrival of the new local doctor, a high-flying graduate from Delhi. “The Indian Doctor” in the highly popular British Broadcasting Company comedy television series – to the surprise of everyone – is better educated, more cultured, friendly and eager to help.

Paul Ramesh was not much different than that of his fictional counterpart when he moved to Britain in the 1990s intent on obtaining the best surgical training that he could transform into a generous paycheck.
‍

Like the “Indian Doctor,” Ramesh is still treating Westerners in beds, but instead at Apollo Hospitalin Chennai, his hometown in south India. The storyline twist: the 46-year-old “Indian Doctor” is no longer the exception, but rather the rule.
‍

Ramesh, who claims an American medical tourism patient among his clientele, and Indian doctors like him first drawn to the West to boost their expertise and earnings, cite tightening salaries under Britain’s National Health Services and tough healthcare regulations in the United States as factors luring them back to India.
‍

Considered India’s healthcare capital, medical professionals describe the turnaround in Chennai as a “reverse brain drain” in which homegrown doctors return from the United States and Europe to help transform the city into an affordable destination for medical tourism patients.
‍

“We are not short of funds,” Prathap Reddy, Apollo Hospital’s chairman told The Economic Times. “With a healthy debt-equity ratio and with a brand that banks trust, finances are least of Apollo’s problems. But, we face a human resource crunch in healthcare; doctors, managers, paramedical staff. We have been trying to address this issue from day one by training hundreds of doctors in post-graduation programs, who become our consultants.”
‍

Reddy said medical directors from the healthcare corporation, which will up bed capacity to 3,000 within the next three years, regularly travel to the United Kingdom and United States to screen and filter the best and most-promising potential doctors to reverse “brain drain.”
‍

“The trend is reversing,” M. Balasubramanian, president of the Indian Medical Association, in Tamil Nadu, told RFP. “More corporate hospitals are coming up, especially in Chennai. Now (doctors) have an opportunity to use their expertise in their own place… and pull the patients from abroad also.”
‍

Inside the Apollo, with a lobby bustling more like a marketplace than a typical hospital, K.P. Kosygan has just carried out a double knee replacement on an elderly Kenyan patient. The consultant and orthopedic surgeon returned from Britain in 2011. He said there is “a regular stream of doctors coming back.”
‍

“Certainly when I left India, there were not many joint replacement centers or surgeons in India who could train us,” he said.
‍

Now doctors, many of whom have returned to their homeland to look after aging parents in a country where family ties are paramount, want to share their experiences from overseas as well with fellow doctors in India.
‍

In addition to Indians, Kosygan said he now treats medical tourism patients “from almost every corner of the world” who are drawn to India by the inexpensive cost of treatment.
‍

“Not every doctor wants to leave to leave their country, but some are compelled to do so by the chance to be educated and trained at a world-renown institution overseas,” said Jonathan Edelheit, CEO of the Medical Tourism Association®. “The good news is that a growing list of hospitals and high-tech medical centers dedicated to medical tourism patients are beginning to recruit Indian doctors to return home.”
‍

Edelheit said facilities in India are taking advantage of the prestigious international credentials that their doctors receive overseas to court medical tourism patients who are searching for affordable healthcare options.
‍

Among those who found savings in India was Doug Stoda, an American who underwent a specialized hip procedure performed in Chennai by an Indian surgeon educated in Great Britain. Stoda’s wife, Ann, said it was a “big deal” for the couple from Wisconsin to travel to India because they had never been outside the United States.
‍

“(Medical tourism was) a very good experience,” she said. “We just had to get to the airport in Chennai and they had everything set up.”
‍

At Apollo Hospital, an area dedicated to international patients includes clocks on the wall that show times in various cities – from New York to Tokyo. Translators are also on-hand to deal with the some 70,000 annual foreign arrivals, the hospital said.
‍

Between 2013 and 2015, medical tourism in India is expected to grow more than 20 percent annually, according to RNCOS, a global consultancy firm.
‍

Edelheit said that healthcare providers are recognizing the potential value of investing in medical tourism. He said industry growth is evident by the 3,000 some delegates who will converge on the 7th World Medical Tourism & Global Healthcare Congress, Sept. 20-24, 2014, in Washington, D.C., where hospital administrators, doctors, clinicians, and healthcare providers will gather to share opportunities and raise awareness. She said a good deal of these delegates at the Congress will represent countries where quality care is offered at an economically reasonable price.

Anto Sahayaraj, 42, a pediatric surgeon who returned from New Zealand in 2012 to work at the Frontier Lifeline Hospital in Chennai, believes medical tourism patients are encouraged not only by price, but by the experience that Indian doctors gain overseas.
‍

Despite India’s advances on the global stage, doctors emphasize the challenges that the country’s healthcare system faces for local residents.
‍

“Financial affordability is the biggest problem that India faces,” said Ragavan, 41, who hopes the country’s limited health insurance coverage will grow substantially in the next decade.
‍

He said the benefits of working in one of India’s corporate hospitals means faster medical examinations, but the lack of working directives means he is now at the hospital for up to 17 hours per day.
‍