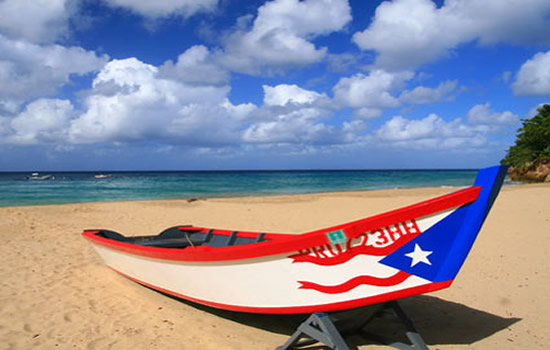 A short flight separated Lorena Romero from a badly needed hysterectomy and high hospital fees in the United States.
‍

It was Puerto Rico, Mexico or Turkey, said Romero. I decided Puerto Rico because it would be closer to the United States and that way my mom wouldn't be more worried that we were in some foreign country.
‍

The money she saved in Puerto Rico, where she spent two weeks on a medical tourism excursion, was all that was alien.
‍

It was a wonderful experience, said Romero. The nurses would speak in Spanish, but when I responded in English, they responded back in English.
‍

That speaks volumes to Puerto Rican authorities, who are branding the commonwealth as a medical tourism destination for Hispanics in the Caribbean and East Coast Americans for liposuction, and weight-loss, orthopedic and dental surgeries at up to 50 percent of similar procedures and treatments offered in the continental United States.
‍

Authorities in San Juan are confident they can attract 30,000 medical tourism patients to Puerto Rico in the next three years and, at the same time, create some 3,000 jobs in related industries including hospitality and travel as well as some $200 million into local coffers.

To this end, Puerto Rico, a sponsor of the 7th World Medical Tourism & Global Healthcare Congress, Sept. 20-24, 2014, in Washington, D.C., is working with the Medical Tourism Association to promote the island’s healthcare providers and services.
‍

It's a new sector in Puerto Rico, which is going to create business, said Alberto Baco, secretary of economic development and trade. (Medical tourism is) going to (require) more hotels, like those in Bayamon and Manati, which are receiving many people.
‍

In Puerto Rico, medical tourism patients can find orthopedists who use the latest instrumentation and apply the newest advances, such as per-cutaneous treatment of fractures through smaller incisions and stem cell implants.
‍

Dr. Ingrid Negron-Valentin, a 42-year-old surgeon who studied at the University of Puerto Rico School of Medicine and specialized in minimally invasive reconstructive surgery at the Mayo Clinic, uses stem cell therapy to assist patients who are poor candidates for surgery or whose conditions, such as tendinitis and tennis elbow, don't respond to treatment.
‍

Injecting amniotic membrane allografts into the shoulders, knees, hips to regenerate tissue can, in some cases, replace the need for surgery, said Negron-Valentin.
‍

We can offer the same level or better quality of service than anywhere in the U.S., said Ricardo Jesus Reina Sanabria, president of the Puerto Rican Society of Orthopedics and Traumatology, who specializes in knee and hip replacements following training at Lenox Hill Hospital in New York.
‍

Puerto is also fast and simple for U.S. patients like Lorena Moreno, who don't require visas or a passport; just a government issued identification card. Because many medical tourism procedures overseas are elective, patients can be sent home within hours or days of surgery, which makes more distant destinations complicated.
‍

When you're going to have surgery, your main concern is going to be the training of the doctor, said Ingrid Rivera, executive director of the Puerto Rico Tourism Company. The majority of our doctors have studied in the United States and our hospitals are accredited, and certified by Medicare, just like those in the United States.
‍

But even the most respected doctors and hospitals don't get the recognition they deserve and their reputations can fall through cracks when patients begin contemplating medical tourism procedures or treatments overseas.
‍

In other words, professional or word-of-mouth referrals alone can't be counted on for either patients looking for medical tourism treatments or doctors, hospitals or facilitators attempting to provide for them. And Facebook, Google and other digital marketing campaigns are overwhelming in time spent sorting through irrelevant and insincere leads.
‍

There has to be a better way.
‍

What if there was a gathering point, in which quite literally the best of both worlds were introduced, where hundreds of patients came to share their experiences, their expectations? An international forum where patient, provider and facilitator could exchange data that accelerates relationships and creates better treatments? What if there was an outlet to actually establish a more meaningful and helpful patient rapport now not tomorrow, or months or years later.
‍

There is a better way:

Ask a Patient: Making Dollars and Sense Out of the Medical Tourism Experience, will stream questions and answers from real and active healthcare consumers who know best about what they want and deserve from health travel at the 7th World Medical Tourism & Global Healthcare Congress, in Washington, D.C.
‍

The live interactive webcast, Sept, 24, 2014, at the Gaylord National Resort and Convention Center connects patients from all over the world to the hospital administrators, doctors and clinicians, facilitators, insurance executive and hospitality and travel interests that make medical tourism happen. See them, hear them, talk to them and personally touch their lives both profoundly and — most importantly — immediately.
‍