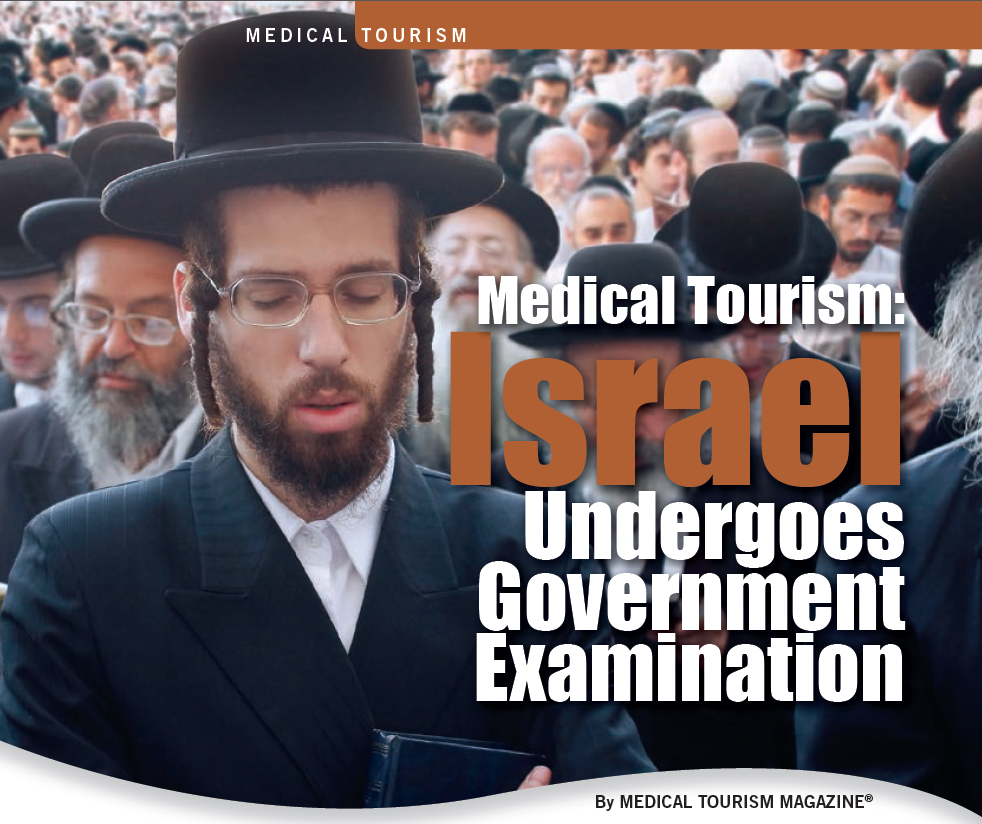 The medical tourism industry in Israel is in good health and that, in and of itself, is a problem for government officials who have been forced to re-examine what has developed into a profitable source of income for the nation’s healthcare system.

Now, health officials must decide if medical tourism in Israel is actually hurting Israelis. Yael German,Israel’s Health Minister, is on the spot. Critics say overcrowded hospitals in Israel are devoting more bed space to foreigners at the expense of Israelis, many of whom themselves must wait months for procedures and treatments.
‍

These days, medical tourism is a highly sensitive issue in Israel, where, according to the Haaretz newspaper and data collected by the Ministry of Health and the non-government organization Hatzlaha, accounted for NIS 291 million in public hospital revenue last year, up from $140 million in 2012. Private hospitals and health maintenance organizations also had a stake to claim, boosting medical tourism revenues by $82 million and –in all – to more than 500 million shekels last year.
‍

Multiple attempts have been made to set standards and regulations for the highly attractive and lucrative medical tourism industry, but have yielded few results. Most recently, a subcommittee of the Ministry of Health was convened in an attempt to regulate and provide oversight for medical tourism in Israel. In May, the committee suggested that medical tourism should account for no more than 10 percent of a hospital’s revenues from operations. Formal recommendations are forthcoming.
‍

Improved Conditions for All

However, public hospital officials say cutting out medical tourism will slash revenues which are used to improve conditions for all patients, not just foreigners. Calin Shapira
‍

Critics say overcrowded hospitals in Israel are devoting more bed space to foreigners at the expense of Israelis, many of whom themselves must wait months for procedures and treatments.

deputy director at the Ziv Medical Center in the north of Israel, told USA Today that his hospital had the proper mix to boost foreign numbers, not cut them.
‍

“You need to make sure you don’t receive too many from overseas in order to keep treating Israelis,” he said. “But, medical tourism is important economically and we would like to increase the number of medical tourists coming to Ziv.”
‍

Some worry that the lure of foreign money has built a two tiered medical system, in that hospitals shift the best doctors and facilities to cater to wealthy and high-paying patients from the Soviet Union and Mediterranean nations and, thereby, cheapen the service to Israeli nationals.
‍

“The increasing growth in the medical tourism industry is reason for concern,” Elad Mann, a lawyer for Hatzlaha told Haaretz. “This is an industry with no oversight or standards of what’s permitted or forbidden.”
‍

Complicating matters, these hospitals also offer disco nts to HMOs, which, unlike medical tourism patients,don’t pay for services immediately and in cash. Hospitals also have greater control of revenues generated from medical tourism because monies can go toward parallel business operations rather than a budget restricted to government oversight.
‍

“The status quo in Israel means perpetual shortages of beds and staff,” Dr. Harold Goldmeier, managing partner of Goldmeier Investments and an instructor at the American Jewish University, wrote in the Jerusalem Post.
‍

Israel, according to figures compiled by the Organization for Economic Cooperation and Development, has 1.91 hospital beds per 1,000 residents, among the lowest numbers in the world. Compared to the OECD average of 3.4 beds, Israel rank lower than Mexico, pushing some hospitals to exceed 100-percent capacity and forcing patients into corridors or makeshit beds. Government data places some public hospitals at even hih occupancy, creating a shortage of doctors, nurses, medical support staff and operating rooms.
‍

“There are shortages of almost everything – beds, nurses; the hospitals are overcrowded,” professor Gabi Bin Nun, of the Department of Health Systems Management at Ben-Gurion University of Negev, told Haaretz. “Medical tourism comes at the expense of the Israeli patient.”
‍

Foreign patients flock to Israel for in-vitro fertilization and plastic surgery among other complex procedures. Nisha Thakar, a 41-year-old Kenyan, had her life saved and a malignant tumor removed in Israel; a procedure that would have cos her $40,000 at home, but was instead covered by her medical insurance plan.
‍

“I was relieved,” she said. “I wanted robotic technology surgery, which wasn’t available in Kenya and India was very new to this technology, too. I felt more confident in Israel.”
‍

Meanwhile, the Ministry of Health, which only has data on state hospital revenue and not the number of foreign patients treated, weighs the return on investment before assessing the future of medical tourism in Israel.
‍

“Everything is open wide at this stage,” said a spokesperson.“The minister doesn’t know what she is going to do.”