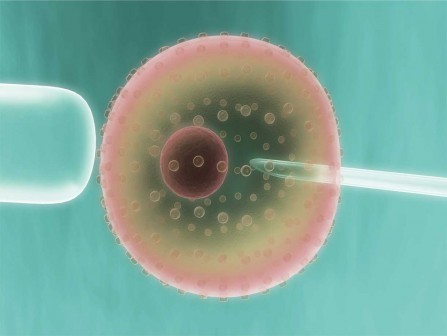 One in six couples worldwide is suffering with infertility, and this puts a huge strain on the best of relationships.  Add to this the concealed doctor’s appointments, the comments at family gatherings, and the isolation of having no one to discuss such a personal matter with but your partner and most couples will start to get quite stressed out about trying to conceive. Ironically, it is this stress, which is a major factor in fertility problems.
‍

At the recent meeting of the European Society of Human Reproduction and Embryology (ESHRE) held in Lyon, France experts presented their findings on how stress affects fertility.
‍

Dr. Chris Faulkes of the University of London revealed his latest research to prove that stress blocked ovulation in female rodents and lowered the sperm count in males. American researchers from Emory University in Atlanta, Georgia also confirmed that cognitive behaviour therapy alone was enough to help some women regain their periods.
‍

These same experts also examined how high stress levels can change hormone levels and cause irregular ovulation and that stress can cause Fallopian tube spasm in women and lower the sperm count of men. If you then add the stress of trying to conceive, the problem is compounded as infertile couples get even more stressed.
‍

One such couple who tried for 8 long years to conceive were Michael & Michelle Schuetz who celebrated Christmas in 2007 with the son that they never thought they would have.
‍

Michael & Michelle married 9 years ago in Austin, Texas and both wanted to start a family straight away.  However, after two years they consulted a specialist and discovered that Michelle was suffering from Endometriosis and needed an operation.
‍

After surgery they continued in their plight to have children but again nothing happened so they decided to embark on an IVF (In-Vitro Fertilization) cycle. They couldn’t help but get excited and start to plan for the new arrival.  But their hopes were soon taken away from them when they discovered that the treatment had been unsuccessful.
‍

They then moved to San Diego, California and consulted another doctor there only to discover that Michael had a low sperm count and Michelle was still having irregular periods, making determination of fertility times was very difficult to judge.  Armed with this new knowledge, they decided to try IVF again, but this time they remained calm and did not let themselves get carried away dreaming of the new baby. Sadly this second attempt also failed.
‍

With Michael’s occupation, the couple relocated often and soon found themselves in Salt Lake City, Utah where they stepped up their desire to have children by researching on the Internet and communicating more about their plight with friends and family.  Soon thereafter, their neighbor and friend, Kelly Champion, told them about Barbados Fertility Clinic.
‍

Michael and Michelle were impressed with the success rates of the clinic they found online and the thought of de-stressing on a white sandy beach, looking out over the tranquil Caribbean Sea was very appealing.
‍

In May 2005, they contacted Barbados Fertility Centre, at which time they had been unsuccessfully attempting to conceive for 7 years. They were really impressed with their telephone consultation and the attention to detail given by the nurse co-ordinator.  Soon after, they then had a telephone consultation with the head clinician Dr. Juliet Skinner and travelled to the Caribbean island of Barbados for a two-week vacation in September 2005, which would include their IVF cycle.
‍

As they were suffering from both female and male infertility the clinic decided that they should have IVF with ICSI (Intra cytoplasmic sperm injection).  This method injects the sperm directly into the eggs and is useful for couples where they is a low male sperm count and for couples who have experienced poor fertilization in previous IVF cycles.
‍

The clinic retrieved 13 eggs from Michelle, and 3 embryos were transferred back into the uterus, but sadly none resulted in a pregnancy.
‍

The anguish faced by couples going through IVF is immense as they so desperately search for the realization of their dreams to begin a family.  So many couples go through this painful process alone and cannot discuss their problems with friends and family. Michael & Michelle found that the treatment that they had received at Barbados Fertility Centre helped them cope with this process.
‍

Barbados Fertility Centre attributes their high success rates – currently 54% clinical pregnancy rate (Jan 2006 to Dec 2006) to the relaxing environment that they create for their patients. They run a Healthy, Mind Body Program, which gives couples in room massages, reflexology, and a session with a trained psychologist to help them cope with the negative emotions associated with IVF. This coupled with the clinic handling all aspects of the trip from luxury accommodation, transport and a cell phone forces the couples to let go and relax whilst undergoing the treatment process.
‍

Michael & Michelle were obviously disappointed, but they were so impressed with the treatment that they received at Barbados Fertility Centre that they returned 6 months later in April 2006 to try again.
‍

Michael said, “We would advise anyone to travel for treatment, we received excellent care in Barbados and were very confident in the medical skills at the clinic, all of the medical team had trained in Europe and the care was exceptional. We felt part of the process and understood what was happening. It was also amazing the difference about 50% savings in cost.  Injections cost $10,000 a month here in the US!”
‍

On their second visit to the clinic 8 eggs were removed and 3 embryos were again transferred back to Michelle’s uterus. And this time after an 8 year wait, Michelle was finally pregnant!
‍

Michael & Michelle cried for joy when their son Cooper, who weighed in a very healthy 8 lb 14oz was born on January 9 2007. They are so delighted with their gift of a child and wanted to share their story to give hope to other couples that are still trying to conceive.
‍

For further information on the work of Barbados Fertility Centre log on to www.barbadosivf.org.
‍

N.B Barbados Fertility Centre was in the final stages of JCI accreditation at the time of going to print. For further information on the quality standards that must be achieved to be JCI accredited please log on to http://www.jointcommissioninternational.com