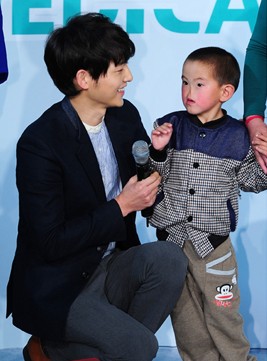 Hallyu, the term used to describe the wave and spread of Korean pop culture, is making a splash in medical tourism.

Song, who was recently appointed an honorary ambassador of medical tourism by the Ministry of Health and Welfare, has been appearing in regional cities on behalf of Medical Korea, South Korea's national brand charged with attracting foreign tourists to take advantage of the country's medical tourism industry.
‍

Much of the promotion has centered on South Korea's medical tourism initiatives in the Middle East, specifically the treatment of cancers, cardiac and vascular diseases, organ transplants and cosmetic procedures. That task is made all the more challenging when considering the region's steadfast conservative beliefs and Islamic traditions.
‍

The demand for closer medical cooperation between South Korea and the Middle East is rapidly increasing, the Korea Health Industry Development Institute, a public organization established to foster the nation's health industry, said in a statement.

Song, who is coming off his latest international film release, A Werewolf Boy, and a promotional video appearance for Medical Korea, is helping to lay the groundwork and raise awareness about Korea's medical brand among local college students, said officials.
‍

Hallyu has taken the Southeast Asian nation by storm. Even President Obama caught the local enthusiasm during a trip to the foreign capital of Seoul, in December, when he used the phrase in an otherwise-policy heavy speech to students at Hankuk University.