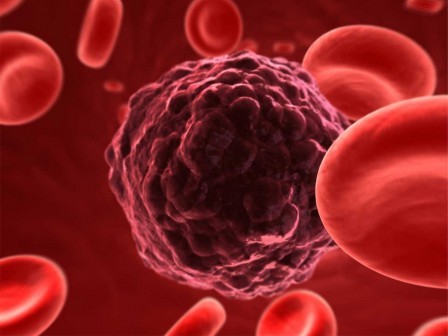 The treatment of colorectal (colon) cancer with the laparoscopic approach is slowly gaining acceptance throughout the world. A newly published research paper on laparoscopic total colectomy for colorectal cancers in Surgical Endoscopy clearly establishes the benefits of this approach over the open surgical approach.
‍

In fact, we recently performed a laparoscopic total colectomy in a colorectal cancer case in Bangalore and found that the advantages outweigh the shortcomings.
‍

Though the incidence of colorectal cancer is not high in India, the occurrence of synchronous cancer makes its diagnosis and treatment complicated. Colon cancer is the fourth most common cancer found in the U.S. Around five per cent of colonic cancers are synchronous in nature. The second cancerous growth can be easily missed and can be anywhere in the large intestine. A complete large bowel workup is essential for the diagnosis of synchronous cancer. Colonoscopy should be used vigilantly to look for the second tumour after the primary cancer has been detected.
‍

In the colorectal case in Bangalore, where laparoscopy was effectively used to treat the cancer, the patient had primary cancer in the sigmoid colon and a second one in the caecum. Using the laparoscopic colectomy approach, both the cancers can be dealt with easily and effectively in a single procedure.
‍

In a study conducted between June 1997 and January 2005, results of which have been published in Surgical Endoscopy, the short-term clinical outcome and oncologic results have been examined in six colorectal cancer patients who underwent elective laparoscopic total colectomy or proctocolectomy at the Prince of Wales Hospital at the Chinese University of Hong Kong.

The outcome and progress of these patients were compared with that of 12 patients who underwent open total colectomy or proctocolectomy during the same period. The study is probably the first of its kind that compares the results of laparoscopic and open total colectomy in the case of colorectal cancer, especially synchronous cancer.
‍

A comparison in the clinical outcome of the two groups shows that parenteral analgesia was given for a significantly lesser duration for patients in the laparoscopic group. It was three days for laparoscopy patients and five for open surgery patients. There were no differences in the two groups as far as the following factors go: time to first bowel motion, time to resumption of diet, time to full ambulation, duration of hospital stay and peri-operative morbidity.

There was no operative mortality in either of the groups. One case needed to be converted to open surgery due to bleeding. The oncologic results were also similar for the two groups. The parameters measured were the number of lymph nodes removed, recurrence rates and survival rates.
‍

In the recent past, it had been established that laparoscopic partial colectomy had many benefits over open surgery, like reduced post-operative pain, faster return to bowel function, shorter hospital stay, lower morbidity and an earlier return to normal quality of life. It is also an oncologically safe procedure. In comparison, total colectomy has been considered a technically more complicated procedure to perform. Now, this study proves that this highly complex surgery also has many benefits.
‍

Where the procedure did not compare well with open colectomy was the median operative time, which was 427.5 min for the laparoscopic and 172.5 min for open surgery. With increased experience in this approach and the availability of more sophisticated energy sources, the operative time has come down. Undoubtedly, laparoscopic total colectomy has become not only a viable but also a highly effective surgical procedure for colorectal cancer.
‍