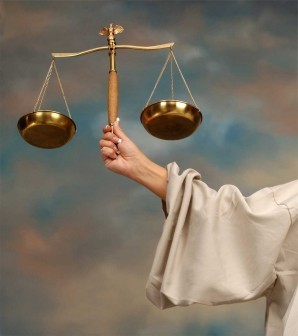 It is inevitable that a United States citizen receiving medical care abroad will experience a less than satisfactory outcome.  Because cost and access were primary motivations for the patient to seek care in another country, differences in the treating country’s attitudes about medical errors, economics, laws and legal systems were of secondary importance, if considered at all.

Once the unhappy patient starts thinking like an American and decides that there should be compensation, the patient will focus on the reality that recourse in the country chosen for care will be inadequate when compared to United States standards.  And it is at this point that a patient will retain a lawyer to initiate efforts to litigate in this country.
‍

Keeping out of United States Courts.

In this article we will explore in more detail, how an enterprising lawyer will try to get a United States court to take personal jurisdiction and how the lawyer defending the foreign healthcare provider may defeat those efforts.  It is important to keep in mind that even if jurisdiction is imposed, no decision will have been on the actual merits of the case.  At this earliest stage of litigation the goal is to get the case dismissed without the expense of discovery and trial.
‍

A lawsuit cannot commence until the defendant is served with a summons and complaint.  Service on defendants who are citizens or entities of other countries and do not have any physical presence in the United States, will be controlled by local law and custom.  Service can be facilitated if there are any treaties, conventions or international agreements between the United States and the country where treatment occurred, but not all countries are signatories to such international agreements.

Even if the countries have some form of agreement for cooperation in civil litigation, serving a summons and complaint on the healthcare providers may be difficult, expensive and extremely time consuming.  The ability to effect service in the foreign country may be a hurdle high enough to dissuade an American lawyer from pursuing litigation in the United States.
‍

Before a court can enter a valid judgment it must have personal jurisdiction over a defendant.  As providers and facilitators step up competition for U.S. citizens however, some of the strategies to grab market share may completely foreclose the defense that the court lacks personal jurisdiction over the defendants.  For good business reasons, suppose the foreign healthcare provider decides to open one or more offices in United States.

The office might be opened for the purpose of making admission arrangements prior to departure for care abroad.  The foreign healthcare provider might also hire or engage U.S. physicians, nurses or other licensed healthcare practitioners to do initial diagnostic examinations and testing before making a recommendation to the patient about the suitability of travel, the ability of the foreign provider to offer certain treatments or the selection of a physician and arranging for an appointment.

Let’s further suppose that the foreign healthcare provider employs or engages U.S. physicians to treat the patient for treatment of complications and/or additional therapy upon return to America.  If these business activities are conducted physically in one of the 50 states, there probably is jurisdiction in the state in which the act occurred.
‍

What if the patient lives in California and the healthcare provider has its U.S. business office in New York?  Can the unhappy patient bring a lawsuit in California?  Whether the defendant is also subject to jurisdiction in another state where there is no physical presence within that state depends on whether the court will assert “long-arm” jurisdiction over the defendant.

The judge in California will look to see whether certain “minimum contacts” with California are sufficient to require the provider to defend itself in a court thousands of miles away.  Actual physical presence is not necessary.  A determination of whether there is general or specific personal jurisdiction, which was briefly discussed in our last article in last month’s Medical Tourism Magazine, will be the same whether the defendant is subject to jurisdiction in another state or is engaging in activities remotely from outside the United States.
‍

The Portable Tort or Due Process Defense.

Even if the court finds that “minimum contacts” exist, a defendant physician or hospital can argue that the exercise of personal jurisdiction may be unreasonable or unfair.  In fact, cases against health care providers have been treated differently than cases involving other forms of economic activity.  Courts in states like Illinois, Idaho, New Hampshire, Washington and New Jersey have refused to exercise personal jurisdiction when a patient traveled to one state to receive medical services and then decided to sue in another state for the adverse consequences of the care.
‍

Two bases for refusing to exercise personal jurisdiction have been articulated in cases involving physicians.  The first is that the injury or tort is not portable and to allow a plaintiff to sue wherever the effects of negligent care are foreseeable is inconsistent with the public interest in having medical services available.

The second is based on the right to due process as articulated in the Constitutions of the United States and every state in the union.  Simply put, the courts have found it “fundamentally unfair to permit a suit in whatever distant jurisdiction the patient may carry the consequences of his treatment.”
‍

Much of the case law regarding personal jurisdiction was developed long before the Internet and courts are still struggling with traditional jurisdictional analysis involving this increasingly pervasive means of commerce.  It is fair to state however, use of the Internet in lieu of a physical presence in the United States will not necessarily insulate the foreign provider from jurisdiction.  In fact, just the opposite may result.

A “sliding scale” analysis has emerged in the case law “directly proportionate to the nature and quality of commercial activity that an entity conducts over the Internet.”  At one end of the scale will be a passive website that merely makes information available to patients interested in a particular provider.  In this case, jurisdiction is less likely to be imposed.  On the other hand, courts have taken jurisdiction in cases involving websites where a defendant enters into activities that involve the “knowing and repeated transmission of files over the Internet”.

Healthcare providers from other countries and their agents probably fall somewhere in between and a jurisdictional determination will rest on the level of interactivity and commercial nature of the exchange of information that occurs.  Again, the healthcare provider using the Internet as a means of connecting with patients needs to carefully decide how interactive it wants its website to be and whether the benefits of exploiting the American market outweighs the risk that jurisdiction may be imposed based on the nature of its website.
‍

Yet another argument that can be made to defeat jurisdiction in a U.S. court is the doctrine of forum non conveniens.  This doctrine permits a court to decline the jurisdiction that it has over the parties if it appears that there is another court or forum that can better serve the ends of justice and the convenience of the parties.  Although judges are generally reluctant to interfere with a plaintiff’s choice of forum, this argument may have particular appeal in the case of a patient wanting to sue for injuries alleged to have been sustained as a result of negligent medical care in a foreign country.

A court presented with a motion to dismiss based on forum non conveniens will engage in a balancing of public and private interests.  Among the factors considered are the location of the parties, the location of the witnesses, the availability of the evidence, the connection between the action and the chosen forum and the need to apply foreign law.  While foreign law may apply to the case and thus, favor dismissal in a U.S. court, the court cannot take into account the possibility that a U.S. jury will award a higher verdict.
‍

This is a contractual defense and thus, care must be taken to ensure that the patient’s agreement is supported by consideration and that the patient is fully informed before giving consent.  Judges in many states will enforce forum selection clauses if they do not find that the clause is unreasonable and unjust, or that there was fraud in obtaining the consent.  There are some states however, South Carolina is one, that will not enforce a forum selection clause as a matter of public policy.

When the clause requires the patient to litigate a claim thousands of miles away from home however, judges can be expected to carefully consider whether enforcement of the clause will effectively deprive the patient of his day in court.  Although seemingly harsh, the legal analysis should not favor the plaintiff if the court finds that the foreign courts will handle their claims in a just and proper fashion.
‍

Litigation in the United States is expensive, disruptive and time consuming even for residents of the same state.  The prospect of a foreign hospital or physician having to defend a case thousands of miles away where the ultimate decisions are made by US judges and juries is certainly a much worse proposition.  Although it will be a challenge to convince a judge to take the case, the stakes are high enough for American lawyers to aggressively pursue success at this early stage of litigation.

In the next article we will assume that a judge will decide he has personal jurisdiction and we will discuss theories of liability and how best to position the foreign healthcare provider to successfully defend itself against these theories.
‍

Bio Fredric J. Entin is a partner with Foley & Lardner LLP. A member of the firm’s Health Care Industry Team,  he served as chair of the former Health Legislation/Associations Practice. Mr. Entin has broad experience representing  hospitals and other health care providers focusing on compliance with a wide variety of issues including antitrust, Medicare and Medicaid, medical staff and exempt tax law. He has also represented trade associations and their subsidiaries for many years. Prior to joining the firm, Mr. Entin served as senior vice president and general counsel for the American Hospital Association (AHA) for more than eight years. Fred is an Advisory Board Member of the Medical Tourism Association.