Let the Games Begin: Is there Life after Olympics for Resort City? 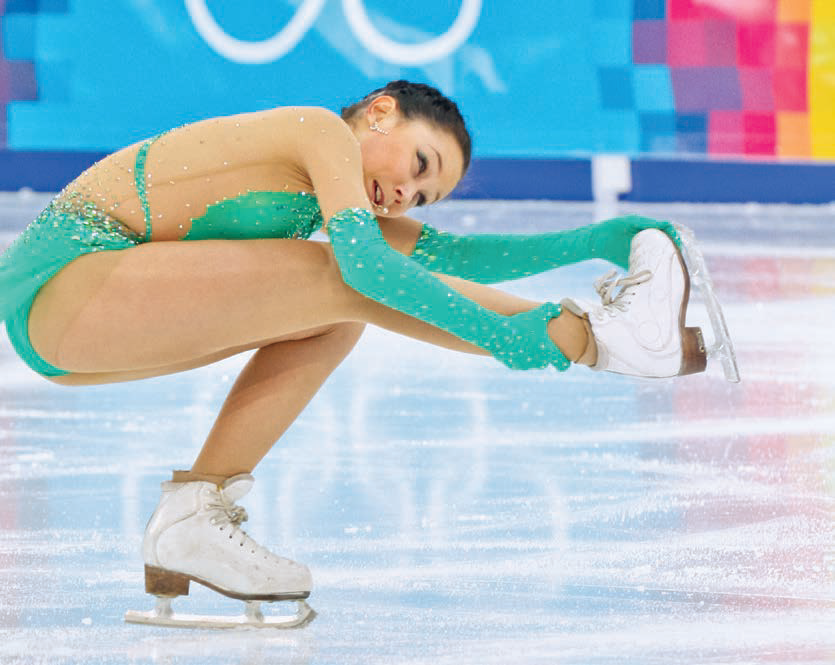 Not too long ago, a meteorite streaked across the Russian sky and exploded in the Ural Mountains with the strength of an atomic bomb. The spectacle injured 1,100, frightened many others, and left a lasting impression among the curious who wondered what could produce such a blinding flash of light.

Russian authorities are hoping for lightening to strike twice and have the same impact on Sochi, not only when the sports world turns to the host city of the 2014 Winter Games, but for years after the Olympic flame has been doused on the Black Sea coastline.
‍

Once the starting gun has sounded, where will Sochi, long a coveted vacation destination for Russian tourists prior to the fall of the Soviet Union, finish in the eyes of investors who have pumped billions of dollars into world-class sports venues, resorts and hotels or in those of the world travelers they hope to attract when the Games are finished.
‍

Russian tourism officials see the Winter Olympic Games as more than a flash-in-the-pan event, but rather a golden opportunity to show off Sochi to the world during the month of February. Exposure gained from the biggest and brightest tourism event in modern Russian history, they hope, will transform the city’s image and promote the once vaunted health tourism destination again as a resort and playground for foreigners. Critics are not so sure.
‍

The government “is planning to use this opportunity only after people come to Sochi,” Miroslav Roncak, regional director of Eastern Europe at FVW Mediengruppe, which studies travel patterns among German tourists, told the Moscow Times. “Athletes and fans will come to Sochi. The idea is that they will see what is there and tell others about it. But, I have not seen any targeted promotion of the city.”
‍

More than any other spectator, no one has a more vested interest in the success of the Sochi Games than the hospitality industry.

Sochi, a city of 370,000, has had its tourism numbers decline in recent years, in part due to extensive Olympicsrelated construction and traffic jams. The city hosted 900,000 tourists last year to mid-July, according to local administration statistics.

By comparison, 1.3 million tourists visited the city during the same period in 2012. That figure, although high, marks a downward trajectory that has been steady during the past four years.
‍

While Russian authorities can place Sochi on the map and, subsequently, attract domestic tourists for a short period of time, the lack of a targeted marketing effort has prevented the city from becoming more than a temporary gold-medal destination for foreign travelers.
‍

“The only thing people know about Sochi is that it will host the Olympics, but there are a lot of platforms that could have been used to say something else about it,” Vasily Dubeikovsky, head of CityBranding agency, told the Moscow Times. “The games will pass and that is it. What next? Will we all go to Sochi because the Olympics have taken place there?”
‍

Unlike the Games themselves, which will be over before Russians realize it, the legacy of an international sporting event is the measure of a host nation’s success. Sporting events can be a burden on the economy for years to come or a significant contribution to an essential and profit-generating infrastructure. More than any other spectator, no one has a more vested interest in the success of the Sochi Games than the hospitality industry.
‍

“Any country hosting the Olympic Games wants to leave a lasting impression on the world,” said Renée-Marie Stephano, president of the Medical Tourism Association®. “It goes without saying that Sochi has committed resources or establishing state-of-the-art facilities to host the Olympics.

But, equally important are the long-term prospects, functionality and the capability of these facilities and services. Nations that fail to recognize this sustainable objective  ill do so out at a cost.”
‍

Investors and developers are intent to see a return on their investment. After all, Russian authorities have spent some $51 billion toward putting Sochi on the international map. Krasnaya Polyana, a mountain town some 37-minutes by high-speed train from Sochi, is considered a popular skiing resort that has constructed biathlon, bobsled, and ski jumping facilities in anticipation of the Winter Games. The government construction boon also boasts six new sports venues at the coastal cluster in Sochi including the 40,000 seat Fisht stadium and Bolshoi ice hockey arena.
‍

But, history is not on the side of Sochi. The city has little experience – even the mayor will admit – with foreign visitors. Cuban leader Fidel Castro once dropped by Sochi, but that was in 1972, long before the emergence of low-cost, rival holiday destinations.
‍

Even for Russians and foreigners, a vacation in Sochi costs more than in Turkey, Egypt or Thailand. Hotels in Sochi cost an average of 5,600 rubles ($176) per night, while the neighboring city of Krasnodar offers rooms for an average 2,400 rubles per night.
‍

Still, some say Sochi has potential for using venues like the Olympic downhill ski slopes at Krasnaya Polyana as future tourism destinations, provided price matches quality and service – a doubtful prospectus in a Russian industry perceived to be fraught with corruption in an ongoing battle for foreign currency.
‍

While Russian authorities can place Sochion the map and, subsequently, attract domestic tourists for a short period of time, the lack of a targeted marketing effort has prevented the city from becoming more than a temporary gold medal destination for foreign travelers.

Russian officials may be hard-pressed to convince foreigners to exchange the Alps for Sochi, but pictorial landscapes and memorable sporting moments televised throughout the world can go a long way toward building an extended appeal in even the most hardened thinkers.
‍

Dr. Paata Ratiani, who represents the Medical Tourism Association® in the former Soviet republic of Georgia, says Sochi can’t help, but benefit from the Olympic Games.

He said Sochi already has hospitals – such as the Matesta, which once treated Stalin and Brezhnev – waiting in the wings. “Sochi can become a regional center for medical tourism,” said Ratiani.

“The rising number of wealthy Russians travelling abroad for medical treatments and procedures should be on the minds of the hospitality, tourism and medical sectors.”
‍

“Russian officials may be hard-pressed to convince foreigners to exchange the Alps for Sochi, but pictorial landscapes and memorable sporting moments televised throughout the world can go a long way toward building an extended appeal in even the most hardened thinkers.”
‍

Alexei Kamenev, president of the First All-Russian Association of Private Medical Practitioners, said those departures cost the national economy $2.5 billion and 200,000 patients each year. Kamenev told the Moscow News that Israel is a favorite destination among Russians patients, who leave behind more than $1 billion to coffers in the Middle East each year.
‍

Stephano said those dollars don’t necessarily have to be spent outside national boundaries. She said regions like Sochi can look to the Medical Tourism Association®, which along with local healthcare and tourism professionals and related educators have partnered to form medical tourism programs in former Soviet republics — including Armenia and Georgia — that identify affordable and convenient conditions for procedures and treatments both domestically and internationally.
‍

The Medial Tourism Association® is developing a similar chapter in St. Petersburg, which will feature iHealthCRM®, a web-based global patient management platform for medical tourism that will enable Russian health and wellness providers, government entities, employers and facilitators to track leads, streamline processes, manage customer relations and operate medical tourism protocols without the need to purchase and customize non-industry specific solutions or to invest in or develop expensive software.
‍

A second component to the project will be the installation of a digital platform, iHealthConsults®, which will provide remote access to specialists from some of the top hospitals in the United States including those affiliated with Harvard Medical School in the Partners Healthcare network. The specialists will offer valuable second opinions online to patients seeking to make informed decisions about their healthcare.
‍

Meanwhile, in Sochi, much work will be needed. Sure, the city is now home to five-star hotels, but even some of those will most likely go bankrupt after the Games. A new hospital in Krasnaya Polyana was completed last year. Another facility with 300 beds and emergency treatment capabilities was constructed near Sochi’s central train station.

That’s good news for Russians who have had to rely on Moscow, where 90 percent of the country’s medical facilities and doctors are located, but where only 10 percent of the national population resides.
‍

“Against a backdrop of the Winter Olympics, the world will come to know Sochi,” said Stephano. “But, awareness doesn’t always translate into tourist visits. It will take a proper investment in infrastructure and people to provide high-quality services and a commitment from the tourism industry and government to sustain Sochi on the world map, today and tomorrow.”