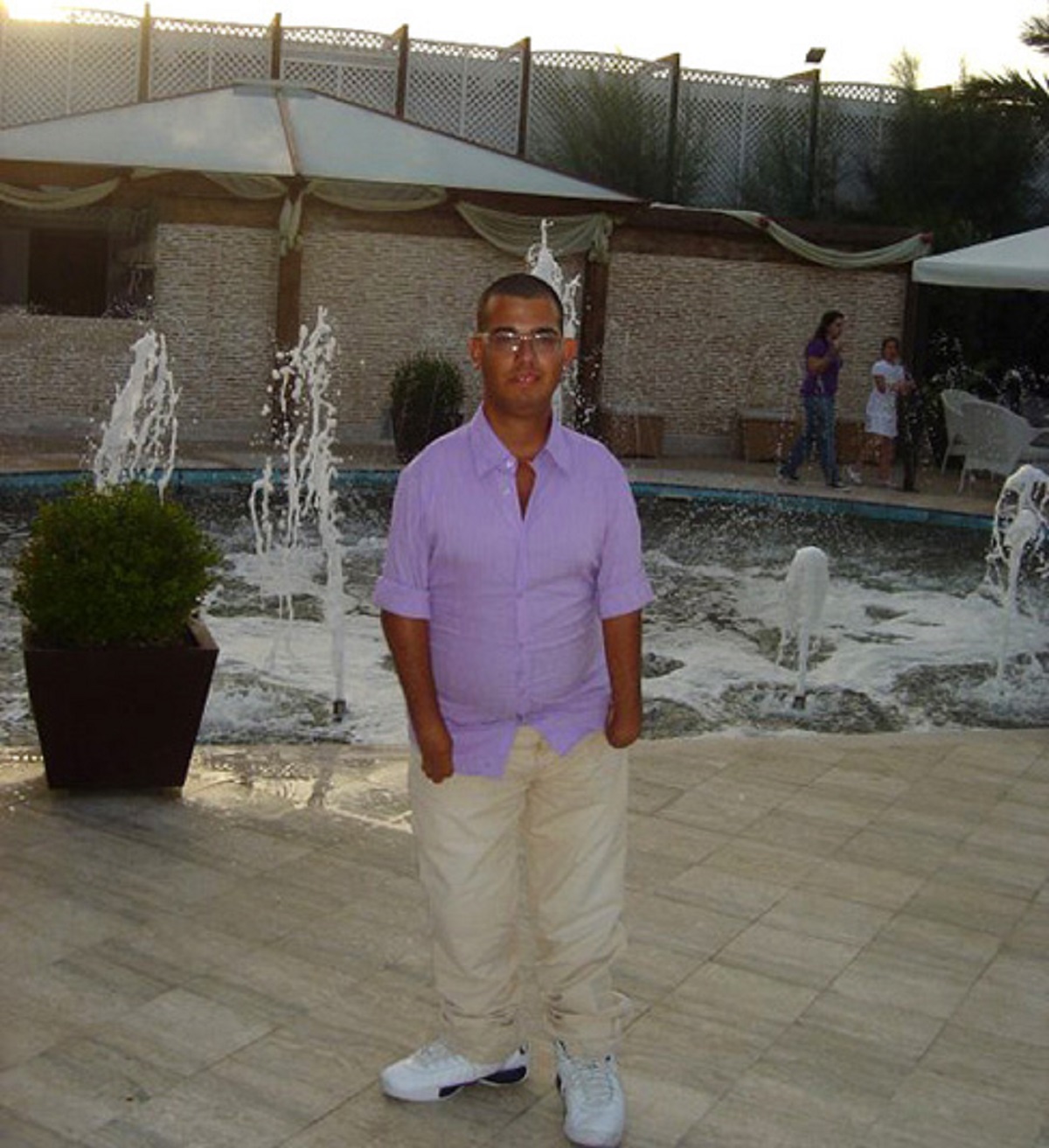 Vincenzo, 22, an Italian man who was born with an extremely rare condition called arthrogryposis shares his experience with the disease and his treatment journey at the Paley Institute.

When Vincenzo was born, his parents and doctors noticed that his hands, wrists, and feet were bent backward and fixed in that position. Concerned, as any parent would, they sought to know how Vincenzo’s deformed limbs could be corrected - or if they could.

The doctors gave a shocking revelation, explaining that Vincenzo may never be able to use his hands or walk. This left them in despair that would last a long time.

Arthrogryposis, also called arthrogryposis multiplex congenita, is a group of disorders characterized by multiple contractures of joints in different parts of the body. These disorders are non-progressive and are found throughout the body at birth.

Arthrogryposis is thought to be caused by reduced fetal movements during pregnancy. As a result of the baby’s poor movement in the uterus, the joints become bent and fixed in that position. Subsequently, tough connective tissues hold the deformed joints in place.

One out of 3,000 babies is born with arthrogryposis in the United States. The condition may affect any joint in the arms, hands, and legs, causing them to be rigid and fixed in a backward position.

For Vincenzo, both his hands and legs were affected. His wrists, fingers, feet, and knees were bent backward, limiting his ability to use them.

Vincenzo had visited several doctors and hospitals in Italy and other parts of Europe. All of them offered little hope. At some point, all hope of ever having to walk or look normal was dashed.

In 2005, the duo was able to find several doctors in New York who had excellent reviews in treating complex orthopedic conditions. While many of these doctors had expressed doubts in a possible cure for Vincenzo’s condition, Dr. David Feldman opined to the contrary, showing confidence that the limbs could be repaired and Vincenzo would walk normally.

Dr. David Feldman is the Director of the Spinal Deformity Center and Hip Pain Center at the Paley Institute, West Palm Beach, FL. He specializes in the surgical treatment of childhood orthopedic conditions, with expertise in corrective surgeries for children with scoliosis and severe limb and hip deformities.

In 2006, Vincenzo underwent two lengthy surgeries. The first surgery involved releasing the contractures. During this procedure, Dr. Feldman used some surgical instruments to straighten the right foot and stretch the bent tendons of the left leg. This procedure required cutting off the tough tissues that held the deformed joints in bent positions. Dr. Feldman also removed several bones in the process.

The procedure was completed in eight hours. It was followed later by a twelve-hour surgery to hold the straightened limbs in place, Dr. Feldman did this using the Ilizarov apparatus.

It was a moment of great joy for him and his family. After living several years with the thought of never walking, Vincenzo could walk across the room independently.

“On 06/13/2006 we all shared the joy of my first independent steps. It was a day full of emotion. I can truly say that I found an angel on my street that has realized my dream and I hope this will continue with him.” Vincenzo said.

Furthermore, medical literature suggests that early surgical treatment for arthrogryposis is associated with the most successful outcomes. Surgery is also best performed when the patient is aged between 3 to 12 months, then,  fine-tuning surgeries scheduled for early childhood.

Vincenzo had the surgeries when he was 9 years old and has reported remarkable progress with no recurrent deformities since then.

Dr. Feldman adopted the treatment philosophy of the Paley Institute which focuses on joint reconstruction and preservation over amputation.

With over two decades of experience in pediatric orthopedics and correction of limb deformities, Dr. Feldman continues to provide outstanding and advanced treatments for people with severe limb deformities at the Paley Institute.

The Paley Institute has helped patients from different parts of the world get back on their feet and regain function of their limbs and spine. It remains the center for the most advanced treatments for congenital, developmental, and acquired orthopedic conditions. Located on the campus of St. Mary’s Medical Center, West Palm Beach, FL, the Paley Orthopedic and Spine Institute is a leader in treatment techniques for limb and spine deformities.